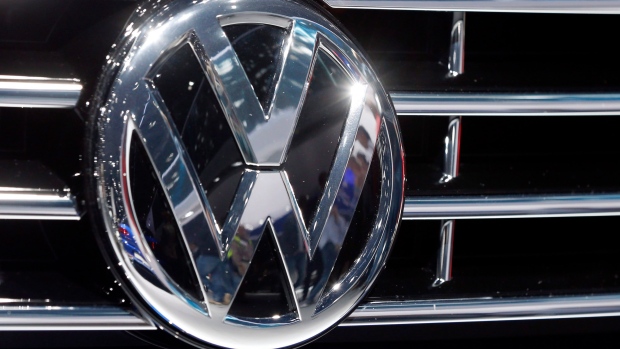 Canadian owners of emissions-cheating Volkswagen cars will have to wait months longer than expected to learn how they will be compensated as the federal government continues to promote the controversial vehicles.

In late June, the company reached a US$14.7-billion settlement to repair or buy back roughly 475,000 of the high-polluting vehicles in the United States; VW also agreed to compensate owners of its cars with 2-litre diesel engines with an additional cash payment between US$5,000 and US$10,000. That deal did not apply to the roughly 100,000 Canadians who unwittingly purchased environmentally harmful VW cars.

Months earlier, when VW set aside US$18.2-billion to deal with the scandal in April, VW Canada spokesperson Thomas Tetzlaff told reporters to “rest assured that what happens in the U.S. will be mirrored in Canada.” After the American settlement was announced, Tetzlaff told BNN the company was “aiming to provide a settlement progress update on or before July 29th 2016.”

“Our hope is to provide remedies to Canadians on pace with U.S. customers,” Tetzlaff said at the time.

Now, almost two weeks past that deadline, VW Canada responded to inquiries from BNN about the status of the Canadian settlement with a reference to court dates set for October 18th and December 19th and 20th. Those dates refer to Ontario Superior Court of Justice schedules to hear potential settlements over consumer class action lawsuits.

“The parties are aiming to report on the 2.0L TDI [turbocharged direct injection] issues at this time,” Tetzlaff said in an August 9th email. “In the event that a settlement agreement in Canada is reached earlier, the parties will advise the Court and request an earlier appearance.”

The German automotive giant was caught last year installing devices on millions of its diesel-fueled vehicles allowing them to pass emission tests. Investigators found the cars actually released toxins such as nitrogen oxide at levels more than 40 times higher than current regulations in the United States allow.

The U.S. settlement process was led in large part by government agencies; the Department of Justice and the Environmental Protection Agency. In Canada, however, the public sector’s role in the settlement process beyond an investigation that was launched by Environment and Climate Change Canada in September 2015 is unclear.

More than 24 hours after BNN requested an update on the nearly year-old investigation, the department responded to say it was “not involved in any negotiations related to a settlement between Volkswagen Group Canada Inc. and its customers” and that because its investigation is “ongoing, it would be inappropriate to provide further information at this time.”

"The false claims to which Volkswagen has admitted relate to smog-forming air pollutant emissions."

Over 1,700 Canadians have joined a Facebook group for VW TDI owners. While some members have been defending the company, many have voiced increasing frustration with the delay.

“First it was a June deadline and then for Canadians it became a July 29 deadline,” Ammar Ashraf wrote in a recent post on the group’s page. “It seems atrocious that VW is showing blatant arrogance… Shameful!”

According to the Canadian Automobile Protection Agency, there are roughly 30 lawsuits pending against the company’s Canadian division. In the meantime, the fallout is continuing to spread worldwide, with South Korea last week banning the sale of almost all Volkswagen models in the country.