Canada undercounting its population will have significant impact on real estate: CIBC's Tal

Canadians binged on mortgage debt last year, increasing borrowing at the fastest pace in a decade to buy homes.

Residential mortgage credit rose 7.7 per cent in 2020 to $1.7 trillion representing an annual increase of $118 billion, according to data released Friday by Statistics Canada. That’s the fastest yearly growth of such loans since 2010, far above the 5.4 per cent yearly growth average over the past decade. It also represents the first time ever that outstanding mortgage debt has increased by more than $100 billion in one year. 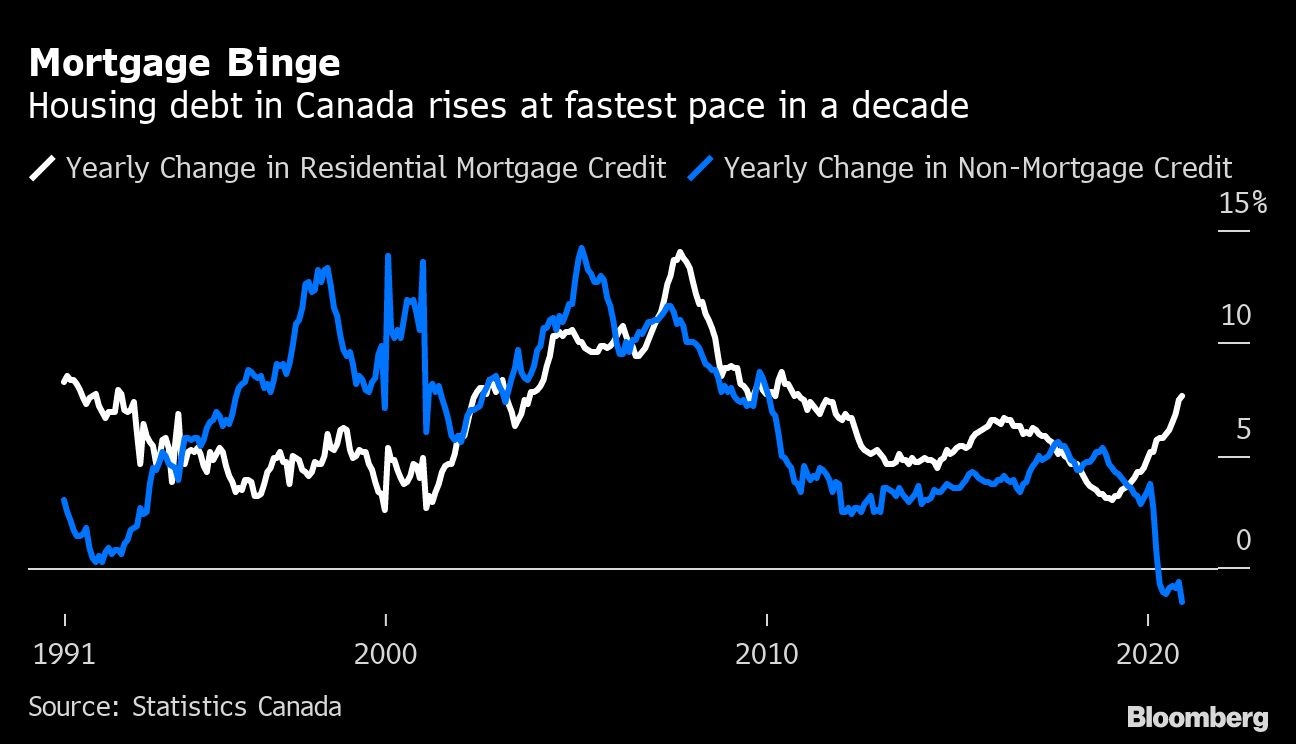 The acceleration in borrowing has been driven by historically low interest rates, adding pressure to Canada’s red-hot real estate market that has fueled sharp price gains across the country.

Excluding mortgages, however, credit actually fell in 2020 for the first time on record dating back to the early 1990s, declining by 1.5 per cent. That was due in part to generous government support programs rolled out during the pandemic, as well as restrictions that limited shopping and travel.

Overall credit to households -- mortgage and non-mortgage -- rose at a 4.5 per cent pace, about average over the past decade.