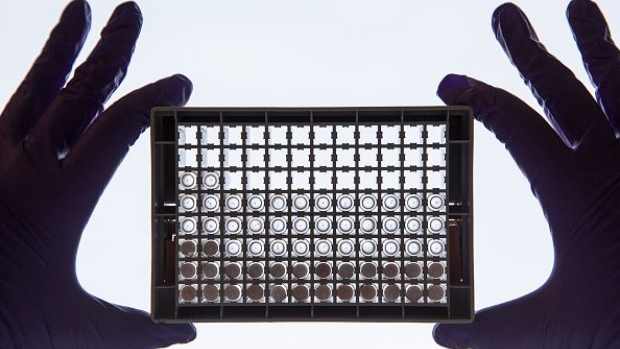 A pair of biotech companies fighting yet another modern disease - cancer - have seen their shares soar over 1,000 per cent this year.

Investors’ optimism on promising results on cancer-fighting platforms by Cardiff Oncology Inc. and Trillium Therapeutics Inc. has propelled the duo to the group of five best performers in the Nasdaq Composite Index of nearly 3,000 stocks. While COVID-19 has dominated headlines, boosting shares of companies involved in vaccines, cancer therapies and even treatments for easily-spread bacterial infections remain an area for investors to make millions.

Trillium has skyrocketed 1,606 per cent this year, while Cardiff rallied 1,244 per cent. Seres Therapeutics Inc., which is developing drugs for common bacterial infections and ulcerative colitis, surged 829 per cent. Trillium, the best performer of the three, only lags Novavax Inc., which has ridden a wave of euphoria following the development of its experimental COVID-19 vaccine. 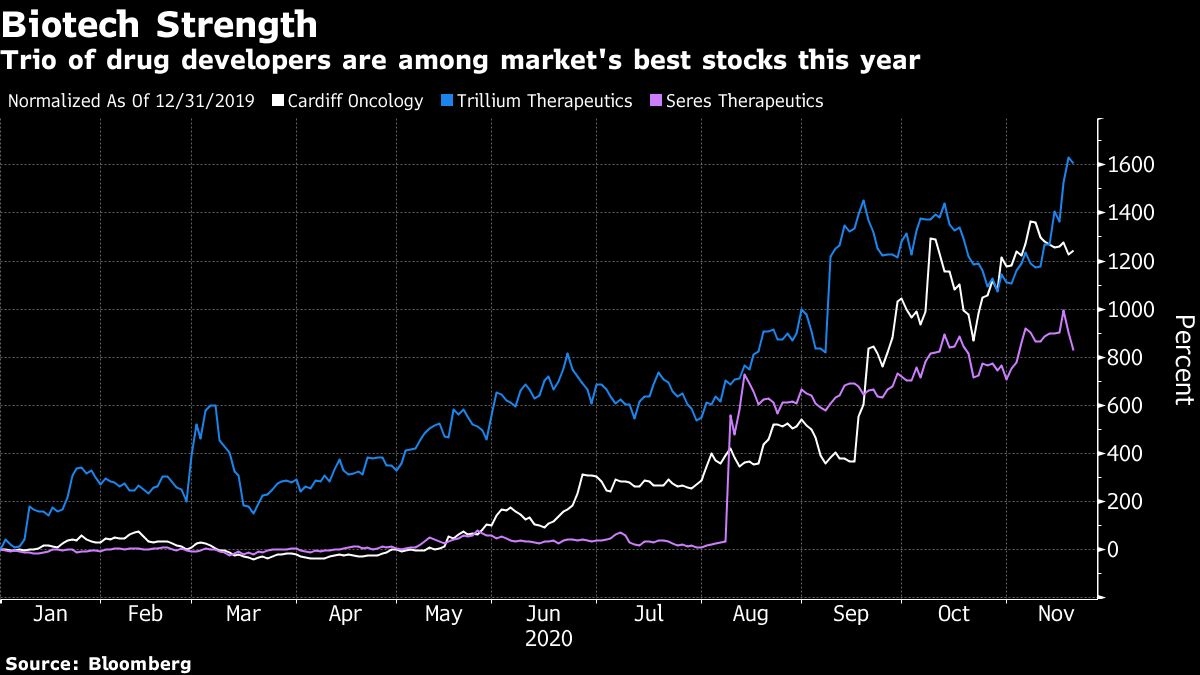 “There are a lot of other technologies that are really transforming medicines that are very powerful and also very valuable,” said Brad Loncar, chief executive officer at Loncar Investments. “Unless you’re a biotech nerd like we are and follow it every day, you might not know about it because what’s happening with vaccines and treatments is only the tip of the iceberg in terms of helping patients and moving stocks in the biotech sector.”

However, biotechnology stocks are anything but sure bets. None of the three companies have successfully brought a drug to market and face key catalysts that will dictate their success in the coming weeks and months.

Cardiff, based in San Diego, has undergone a renaissance after changing its name from Trovagene and placing Mark Erlander at the helm of the company back in May. The CEO quickly struck a pact to fund a mid-stage study of the company’s lead drug onvansertib for colon cancer, winning support from industry heavyweights like RA Capital Management LLC and Venrock Partners Management V LLC.

While it has only four sell-side analysts covering the stock, the firm is a unanimous buy with the average analyst price target implying shares could run another 64 per cent over the coming year. Cardiff’s lead program in colon cancer represents “an area of serious unmet need,” according to HC Wainwright analyst Raghuram Selvaraju. Data from a study of the company’s combination trial are expected to come at a medical meeting in January and could move shares further, he said.

For Trillium investors that have stuck with its revival led by chief executive Jan Skvarka, the payout has been massive. The stock has surged 4,550 per cent since Skvarka joined the company last September and is the top stock by a mile on Canada’s S&P/TSX Composite Index this year -- skyrocketing past tech behemoth Shopify Inc. and a bevy of gold miners by more than tenfold.

The next catalyst for the Cambridge, Massachusetts-based biotech firm will be updated results from a pair of cancer drugs at the American Society of Hematology meeting next month. Promising data have been the key driver of the stock’s surge and fresh results could spark a move higher, according to analysts.

Seres, which is also based in Cambridge, was transformed in August when it reported promising data from a study of its medicine as a treatment for bacteria-caused colon infection, known as C. difficile colitis. The results sparked a 389 per cent one-day rally. The advancement of the company’s broader pipeline will be key going into 2021, according to analysts.