After more than nine months of waiting, Cresco Labs has finally closed its deal to acquire Origin House. The U.S. cannabis operator said in a statement on Wednesday that it closed the deal following several months of delays caused by a review from the U.S. Department of Justice’s antitrust division. The deal, valued at about half of the initially reported $1.1 billion, now gives Cresco Labs a firm foothold in California, one of the biggest legal cannabis markets in the world. Upon closing, Origin House shareholders will receive 0.7031 subordinate voting shares of Cresco for each Origin House share they hold. Origin House CEO Marc Lustig is also expected to join Cresco’s board of directors.

Beleaguered cannabis producer Zenabis Global Inc. laid off about 40 people on Tuesday as the Vancouver-based company attempts to find a pathway toward profitability. The staff departures, roughly 10 per cent of the company’s workforce, were confirmed by a company spokesperson, who stated the job losses were mainly from Zenabis’ Vancouver offices. The latest job cuts come as cannabis producers across the industry struggle to find profitability amid a lack of retail outlets across the country, as well as competition from a still-thriving illicit market. Last month, Zenabis appointed Kevin Coft as its interim chief executive officer after Andrew Grieve stepped down to return to his investment business. Zenabis shares have declined by 97 per cent over the last year, the biggest one-year decline among major publicly-listed cannabis producers.

U.S. brewer Constellation Brands shares rose Wednesday after the company reported quarterly results that beat analyst expectations. However, Constellation continued to take a hit on its investment in Canopy Growth, taking a US$534-million decrease in the fair value of the investment in the third quarter. Constellation’s CEO Bill Newlands told analysts during a conference call that he remained confident in the company’s investment in the Canadian cannabis company, stating “the conversion of the illicit market to the legal market continues to strengthen.” Newlands also expressed his excitement on Canopy’s upcoming launch of cannabis-infused vapes and beverages, some of which were developed alongside Constellation employees. Constellation’s CFO David Klein will become Canopy’s new CEO on Jan. 14, a move that Newlands described would bring “focus and discipline” to the pot giant.

Mississippi, New York look ahead for cannabis legalization in 2020

It’s still early in 2020, but more U.S. states appear to be warming up to cannabis legalization this year. Mississippi will include a measure to legalize medical cannabis on its upcoming November ballot after activists turned in more than 200,000 signatures for the initiative, Marijuana Moment reports. According to the Mississippi proposal, patients suffering from debilitating medical issues would be able to access cannabis after consulting with a physician and be able to possess up to 2.5 ounces of cannabis per 14-day period. Meanwhile, New York governor Andrew Cuomo vowed he will legalize cannabis this year in a move to help bridge a multi-billion dollar budget gap within the state’s coffers, the New York Times reports. A similar measure failed last year, but Cuomo said he plans on legalizing cannabis in his annual State of the State address, which will also help increase research efforts in order to better regulate the drug.

"Everybody knew there were going to be supply issues at the beginning, and that was before we saw the crowds that came out."
-- Cresco Labs spokesman Jason Erkes on the unanticipated demand for legal cannabis in Illinois, which legalized recreational pot on Jan. 1 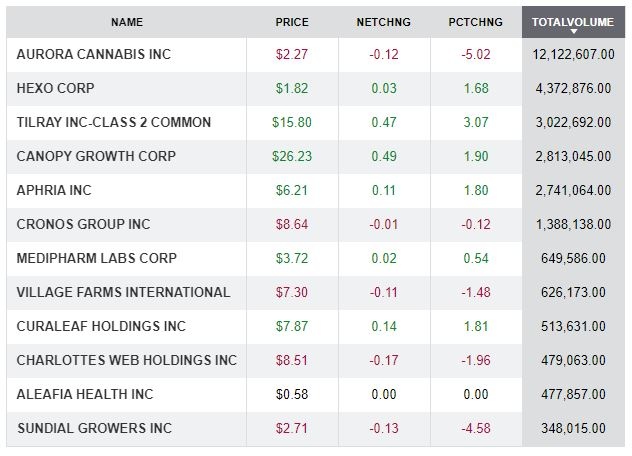