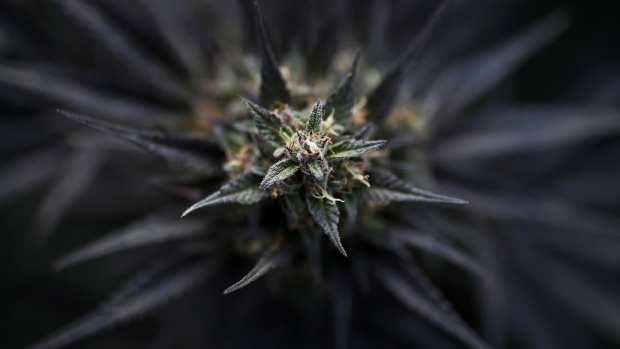 The bud of a cannabis plant is seen on plant inside the KannaSwiss GmbH greenhouse facility near Kerzers, Switzerland, on Thursday, Oct. 19, 2017. Bloomberg/Stefan Wermuth

Tilt Holdings announced that it has appointed Mark Scatterday as the company’s interim chief executive officer, a week after the U.S. cannabis company wrote down nearly US$500 million in its latest quarterly results. Alex Coleman, Tilt’s previous CEO, will remain with the company as chairman and focus on “corporate development and strategy including possibly a separate public listing in the U.S. for qualifying assets, partnership or joint ventures,” the company said in a release. Last week, Tilt said it booked a US$496.4-million loss as a one-time, non-cash goodwill impairment related to its reverse takeover of Sante Veritas Holdings where it consolidated the operations of four different businesses.

Cannabis extraction company MediPharm Labs reported $22 million in revenue in the first quarter the year, double what it reported in its prior quarter, while booking a net loss of $573,000. The Barrie, Ont.-based company, which plans to have annual processing capacity grow to 250,000 kilograms by the end of the year, also reported gross margins of 31 per cent in the quarter, compared to 39 per cent in the previous period. MediPharm also said it completed two new private-label supply agreements in the quarter, the total potential value of which is now worth more than $85 million over a 15-month period.

Shares of Village Farms International soared on Friday after the company reported first-quarter results with US$7.7 million in net income, compared to a loss of US$1.1 million during the same period a year earlier. The company reported a total of US$31.9 million in revenue during the quarter, up from US$29.5 million last year. Village Farms, which has a 50-50 joint venture with Emerald Health Therapeutics for a cannabis producer named Pure Sunfarms, reported US$10.8 million in sales during the quarter in its cannabis venture. Pure Sunfarms expects to have a full-run rate of 75,000 kilograms of cannabis by mid-2019, the company said.

California scales back pot tax projections amid thriving black market, licensing delays
California’s share of cannabis-related taxes is being significantly scaled back following updated figures from the state’s government, the Associated Press reports. California now projects the 15 per cent cannabis excise tax will pull in US$288 million for the fiscal year that ends in June, and US$359 million the following year, a reduction of US$67 million and US$156 million, respectively, from a January budget forecast. The reduced income comes as Californian pot shops continue to be undercut by a thriving black market as well as state regulators struggling to meet the demand for licensing.

-- The price of a gram of cannabis in Canada, up 6.5 per cent from the prior week, according to the Cannabis Benchmark’s Canada Cannabis Spot Index. This equates to US$2,546 per pound at current exchange rates. Cannabis Benchmark said this is the first week since the one ending March 1 where the spot price has moved at a magnitude greater than 5 per cent. 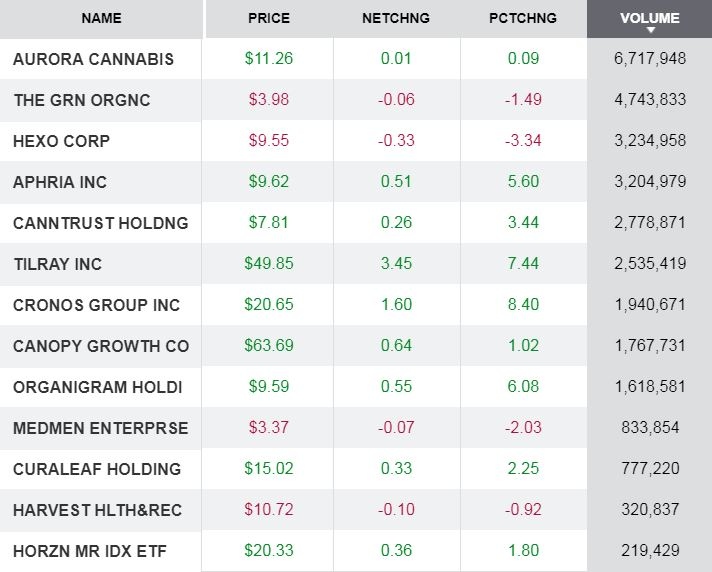