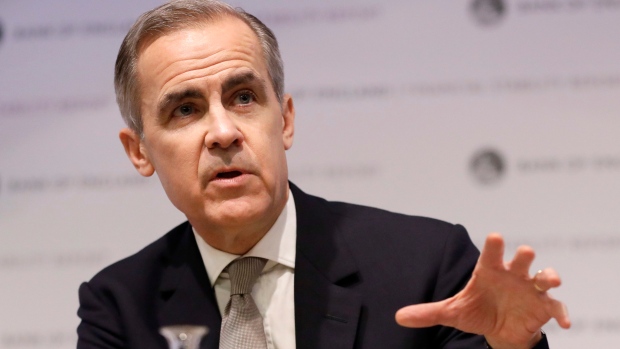 Mark Carney’s leaving present from the Bank of England was a bronze casting of part of its Threadneedle Street building costing 4,044 pounds (US$5,000).

His departure after more than six years as governor was overshadowed by the coronavirus pandemic, meaning events to mark the end of his tenure were canceled, according to a response by the central bank to a Freedom of Information Request published on its website. No costs were incurred from those, it said.

When Carney’s predecessor Mervyn King stepped down in 2013, he received 13,000 pounds worth of presents, including a painting of himself, a silver napkin ring and a 2,505-pound bust of German politician and writer Johann Wolfgang von Goethe. Three events, costing more than 10,000 pounds, were also held.

Even so, Carney’s departure from the BOE at midnight on March 15 was far from quiet. Four days earlier, he and fellow policy makers announced an emergency cut in interest rates, and, in his final hours in the role, Carney took part in a coordinated action with other major central banks to ensure money kept flowing through the financial system.