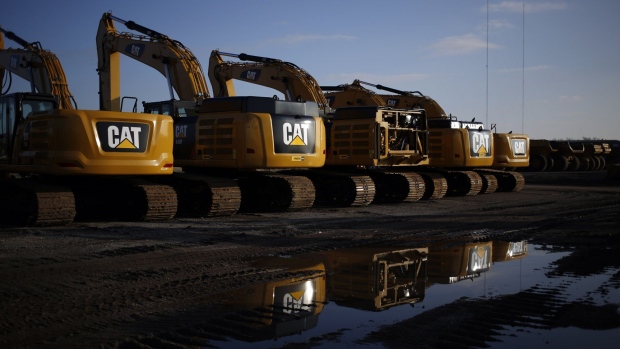 Caterpillar Inc. failed to reassure investors that a recovery from the coronavirus pandemic is gaining momentum.

Caterpillar, considered a bellwether for the global economy, has been cutting costs to blunt the impact of still-sluggish orders in energy and mining. The company said Tuesday that retail machine sales fell 20 per cent in September, extending a string of declines. The report comes as a resurgent virus hampers efforts to reopen economies, renewing global demand concerns.

The stock has been among the best performers in U.S. markets on bets that sales were on the mend after virus shutdowns dented demand for its signature yellow machines. Caterpillar shares fell 3.2 per cent to close at US$157.91 in New York, the biggest decline in more than a month. They climbed 18 per cent in the third quarter.

“The lack of sequential improvement in September retail sales is somewhat disappointing,” said Bloomberg Intelligence analyst Christopher Ciolino. “Even as management anticipates less of a decline in fourth-quarter end-user demand versus the third quarter, the outlook for normal seasonality in fourth-quarter sales would suggest a more sluggish improvement than consensus expectations.” 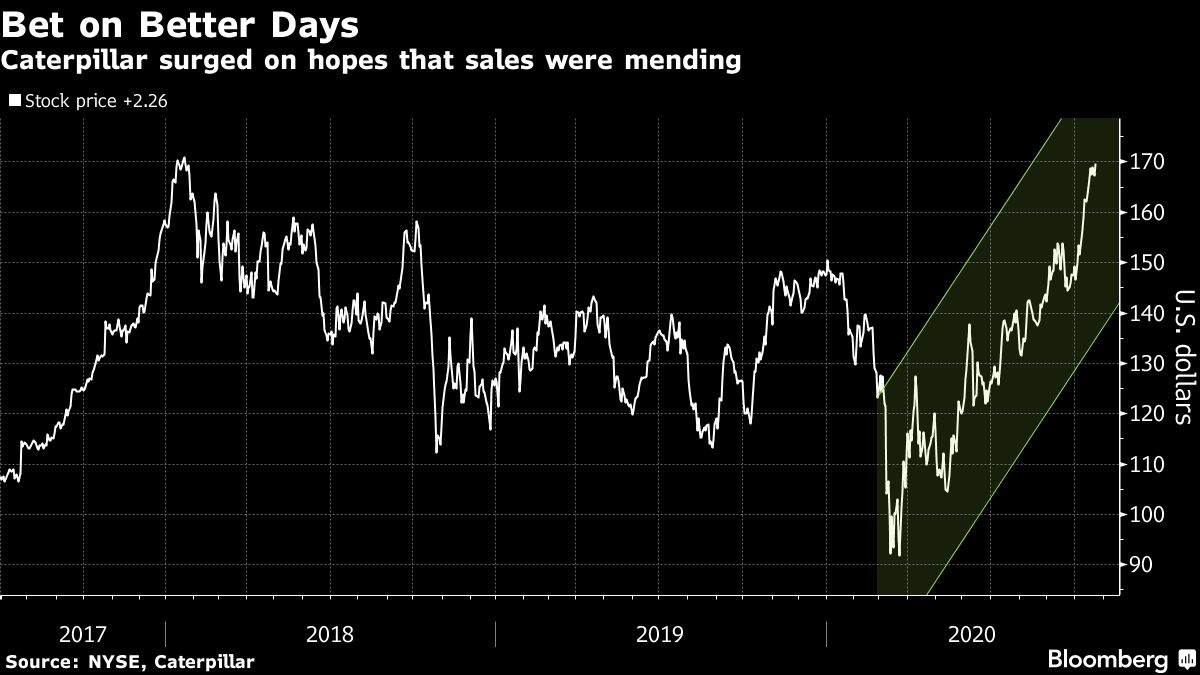 A bright spot for the rest of the year may be China, where government efforts to bolster growth in the wake of pandemic shutdowns are stoking demand. The heavy-equipment maker now expects an “up” year for sales in China’s construction market despite the shutdown in the first quarter, mainly helped by stimulus, according to Caterpillar Chief Financial Officer Andrew Bonfield.

“Obviously, the China government is stimulating the economy to try and recover post Covid, and it’s very strong, particularly in the excavation market,” said in a phone interview following the earnings report. Bonfield also said the company is in a “battle” for market share in China.

Deerfield, Illinois-based Caterpillar suspended its earnings forecast earlier this year because of uncertainty stemming from the coronavirus.

Adjusted profit for the three months through September was US$1.34 a share, down from US$2.66 in the same period a year earlier, the company said Tuesday in a statement. Analysts had estimated US$1.13, based on the average of estimates compiled by Bloomberg.

Third-quarter revenue fell 23 per cent from the same period a year earlier to US$9.88 billion. The decline was mostly due to lower sales volume driven by lower end-user demand for equipment and services and the impact from changes in dealer inventories. Dealers decreased inventories more during the third quarter of 2020 than during the third quarter of 2019, the company said.

“We’re encouraged by positive signs in certain industries and geographies,” Caterpillar CEO Umpleby said in the statement. “We’re executing our strategy and are ready to respond quickly to changing market conditions.”

CEO Umpleby said on the conference call with analysts an investors that the company expects to raise its dividend again next year.

With the recent run-up in Caterpillar’s shares, the third-quarter results and four-quarter outlook “may not provide enough excitement for additional near-term performance,” Jefferies analyst Stephen Volkmann said in a report. “While we see no major red flags, it appears any meaningful improvement in fundamentals will be pushed at least to 2021.”