Cathie Wood has spent months defending Ark Investment Management from critics who say the money manager has too much cash tied up in too few stocks. The firm’s latest move is handing them fresh ammunition.

In a filing late last week, Ark altered the prospectuses for its exchange-traded funds to remove clauses limiting its exposure and concentration risks.

The changes eliminate a 30 per cent cap on how much of each fund’s assets could be invested in the securities of a single entity, and a 20 per cent limit on the amount of a company’s shares an ETF could own. 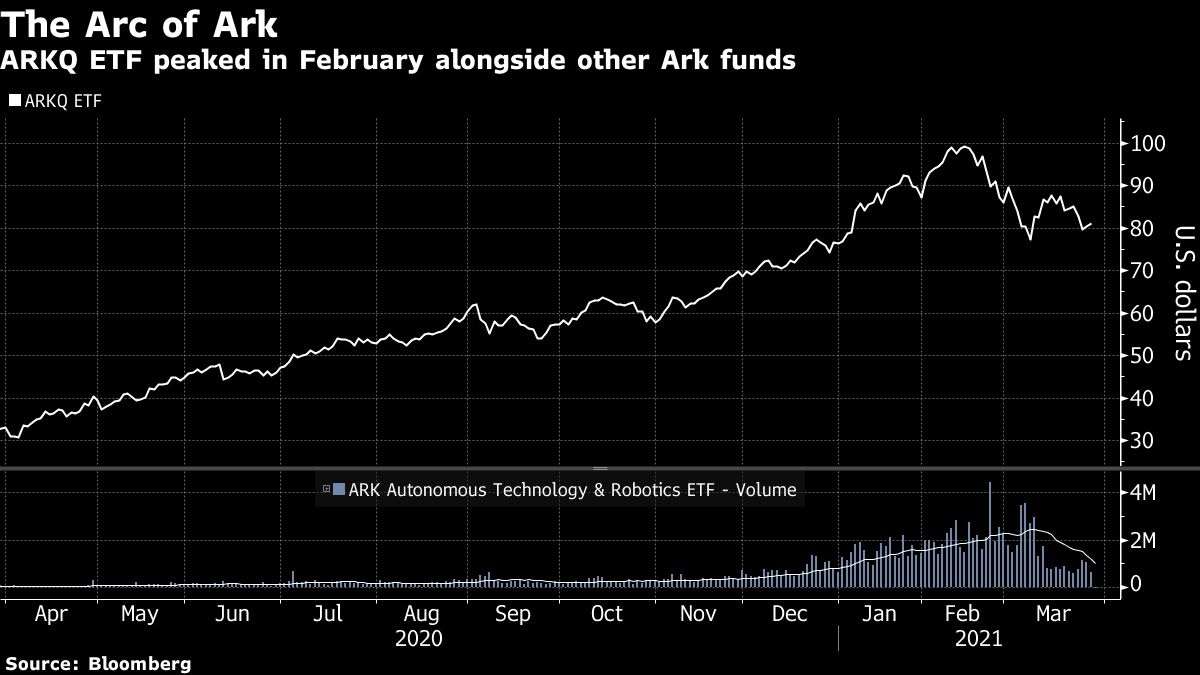 These are eye-catching changes for Ark, founded by Wood in 2014. Concerns have swirled around the New York-based firm in recent months after a stellar year saw ETF assets surge at one point to more than US$60 billion. Ark invests in companies involved with disruptive trends, which mean it has a limited pool of targets in which to deploy that money.

“It seems like they’re willing to take on more single-stock risk if they truly believe in a company,” said Mohit Bajaj, director of ETFs for WallachBeth Capital. “It’s truly active management.”

In February as its flagship product, the Ark Innovation ETF (ARKK), peaked, the firm controlled 20 per cent or more of at least three companies, according to data compiled by Bloomberg. This was spread across several funds, so didn’t yet test the 20 per cent cap that’s now removed from prospectuses. 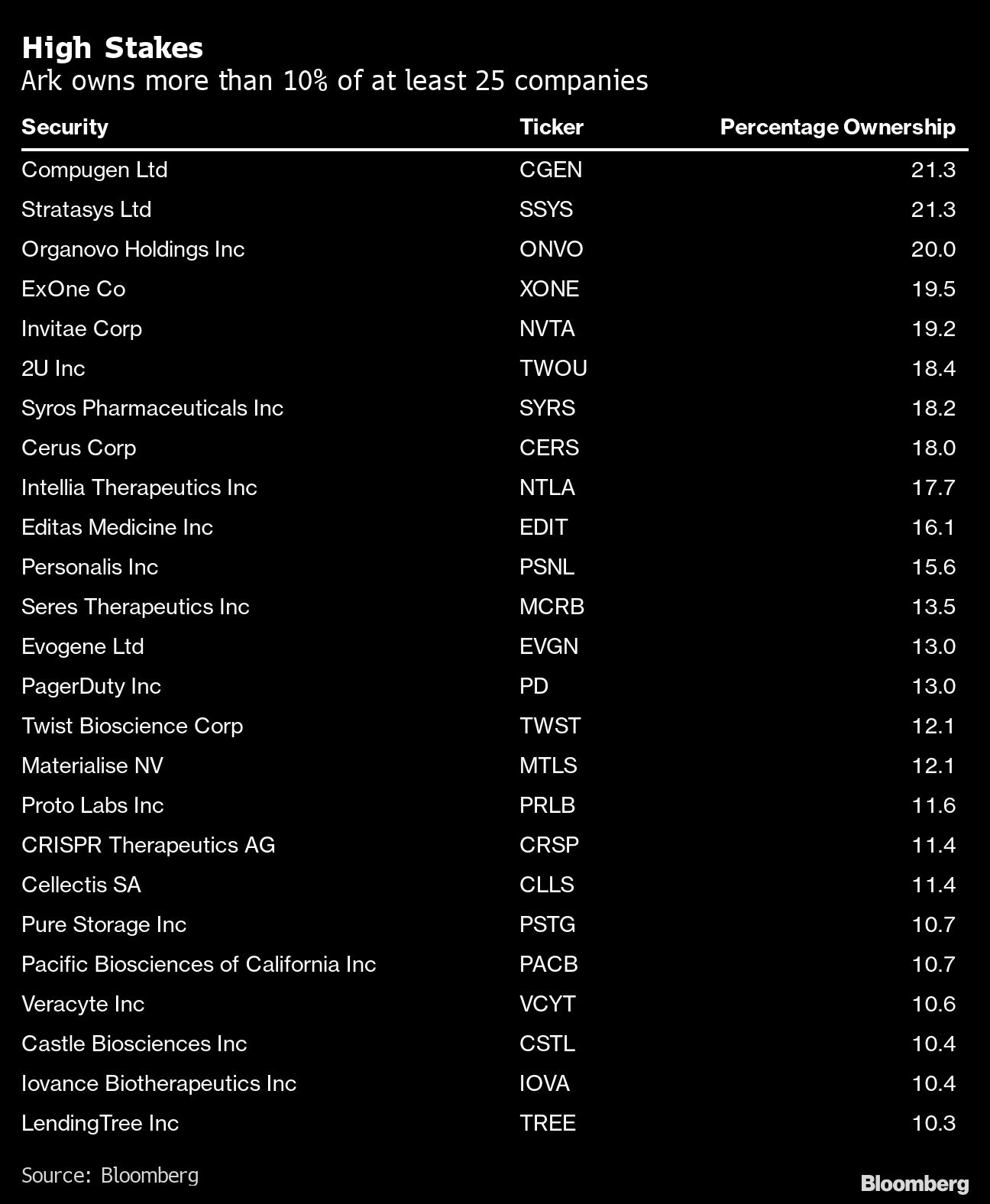 In addition to deleting the general limits, the March 26 filing removed caps on ownership of depositary receipts, rights, warrants, preferred securities and convertibles.

A representative for Ark didn’t immediately respond to a request for comment.

The adjustments come on the eve of Ark’s first new ETF launch in two years. The ARK Space Exploration ETF (ARKX) is due to begin trading on Tuesday, according to its Bloomberg page.