Canadian economy bouncing back, but real test is still ahead: TD strategist

Report cards on the massive economic toll of the coronavirus were issued in the U.S. and Europe this week and they were downright abysmal.

The U.S., Germany, France, Spain and Italy all registered the sharpest declines in gross domestic product on record, according to the respective government statistical agencies. And while economies have reopened from mandated lockdowns, the pandemic continues to complicate a recovery. 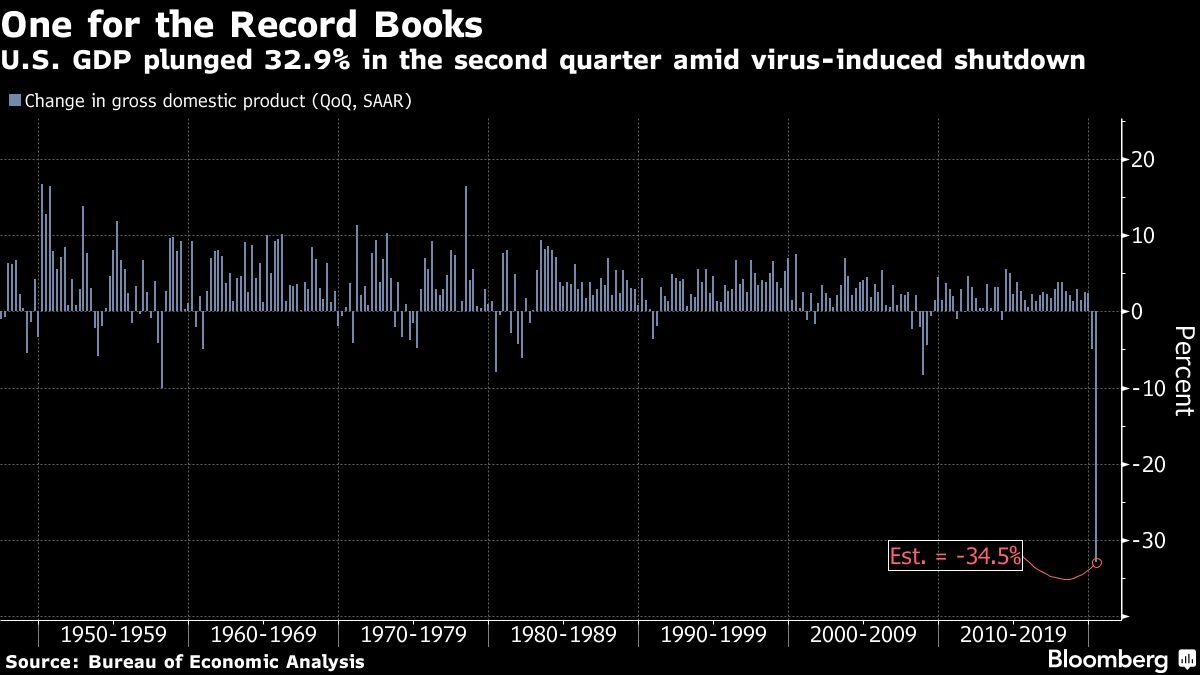 The world’s largest economy just suffered its worst downturn since at least the 1940s. The figures highlight the extraordinary impact from government-ordered shutdowns and stay-at-home orders that abruptly brought a halt to the longest-running expansion.

Coal stockpiles at power plants reached a record high last quarter, as electricity consumption slumped and utilities burned less of the fuel amid the pandemic. 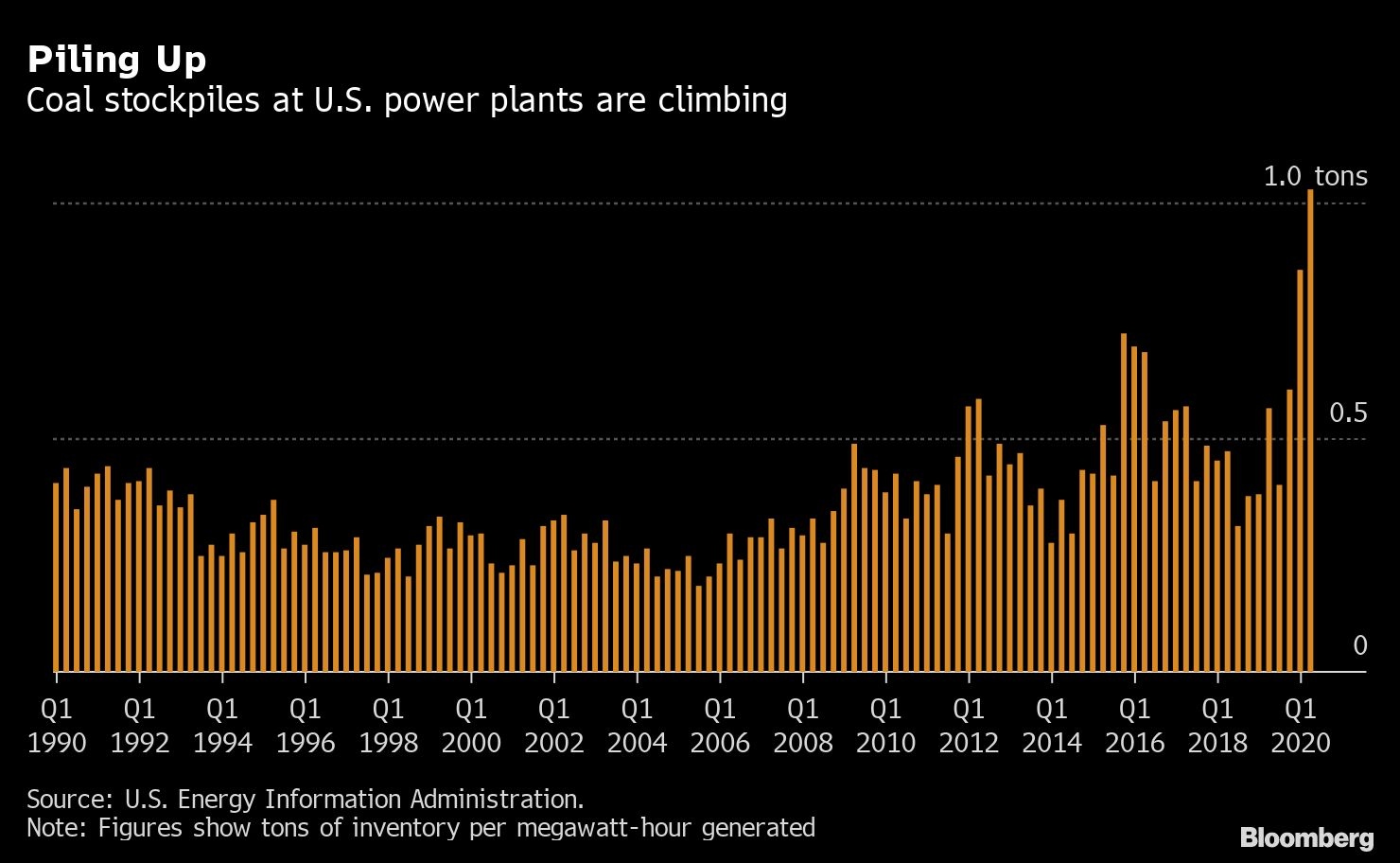 Record-low borrowing costs are turning the American dream of owning a home into a reality. The homeownership rate jumped in the second quarter to the highest since September 2008, according to government data. 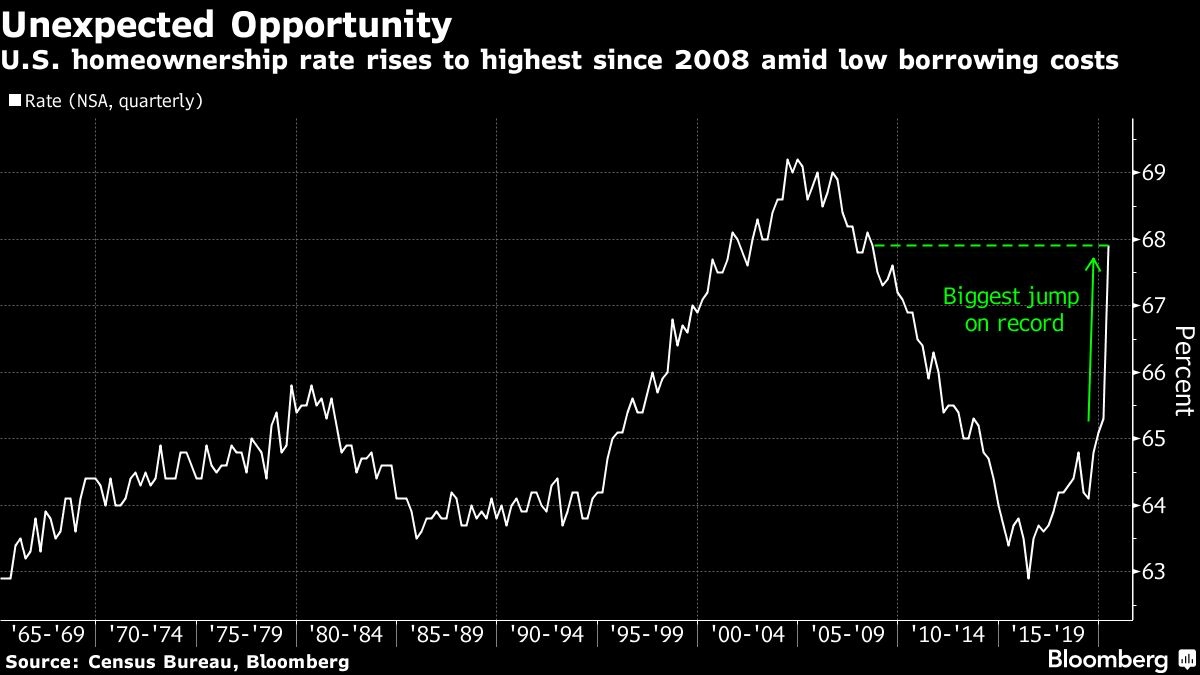 The pandemic sent the euro-area economy into the deepest recession on record in the second quarter. While indicators show a rebound is already underway, the 12.1 per cent plunge in the 19-member region and mounting concerns about new flare-ups in infections point to a long recovery that may leave lasting scars in its wake. 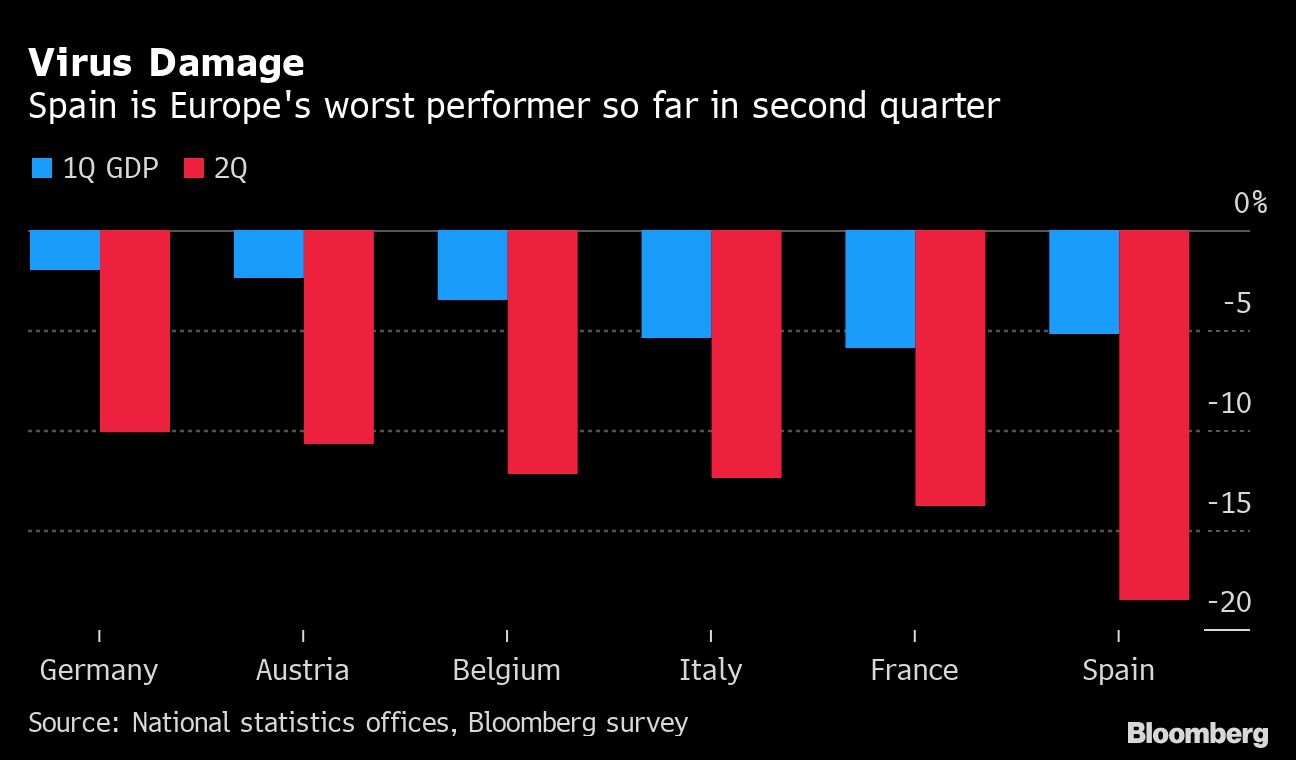 U.K. manufacturers produced 381,357 cars through June, their lowest six-month output in 66 years. The Society of Motor Manufacturers and Traders now forecasts production this year to be down almost a third from 2019. 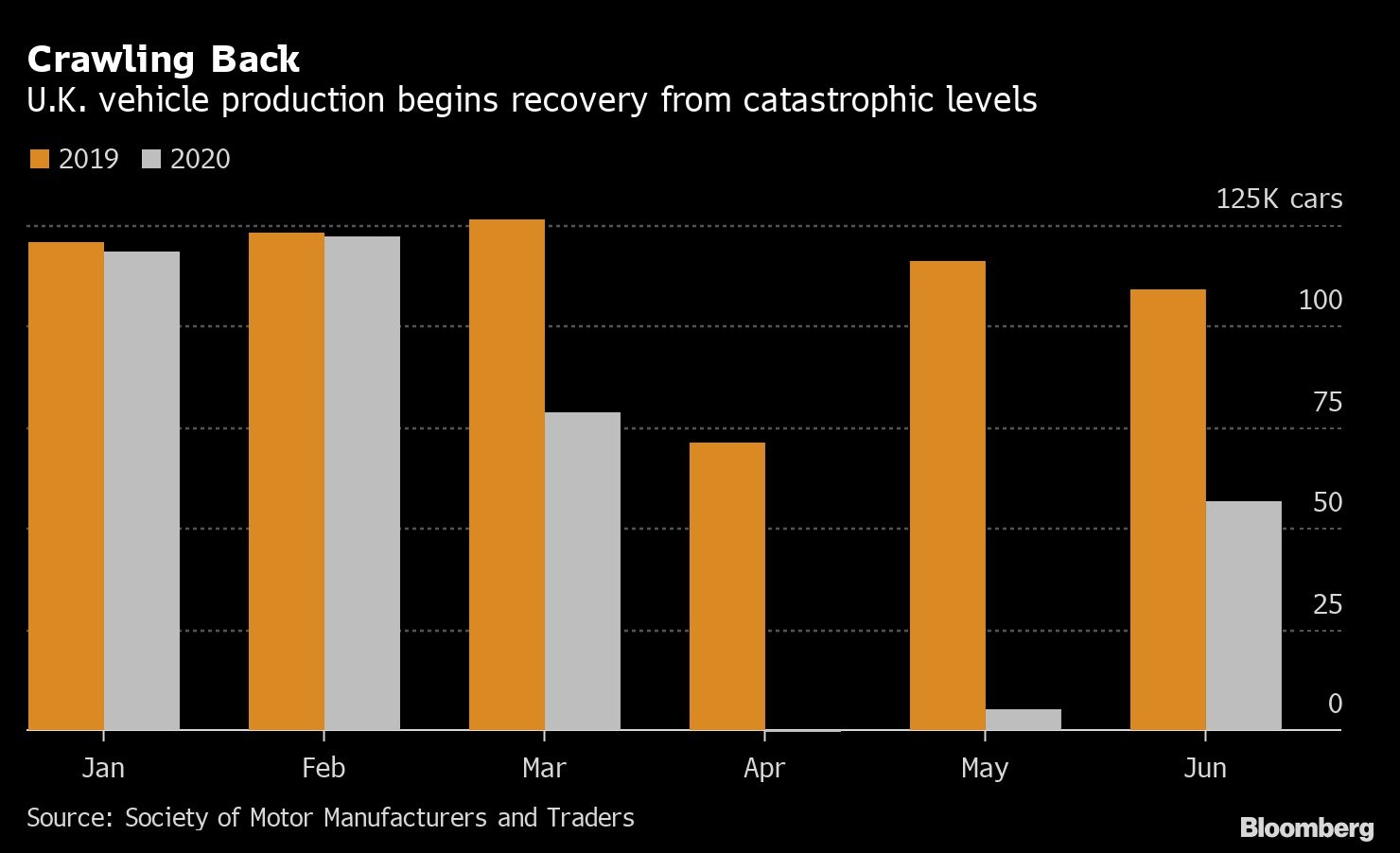 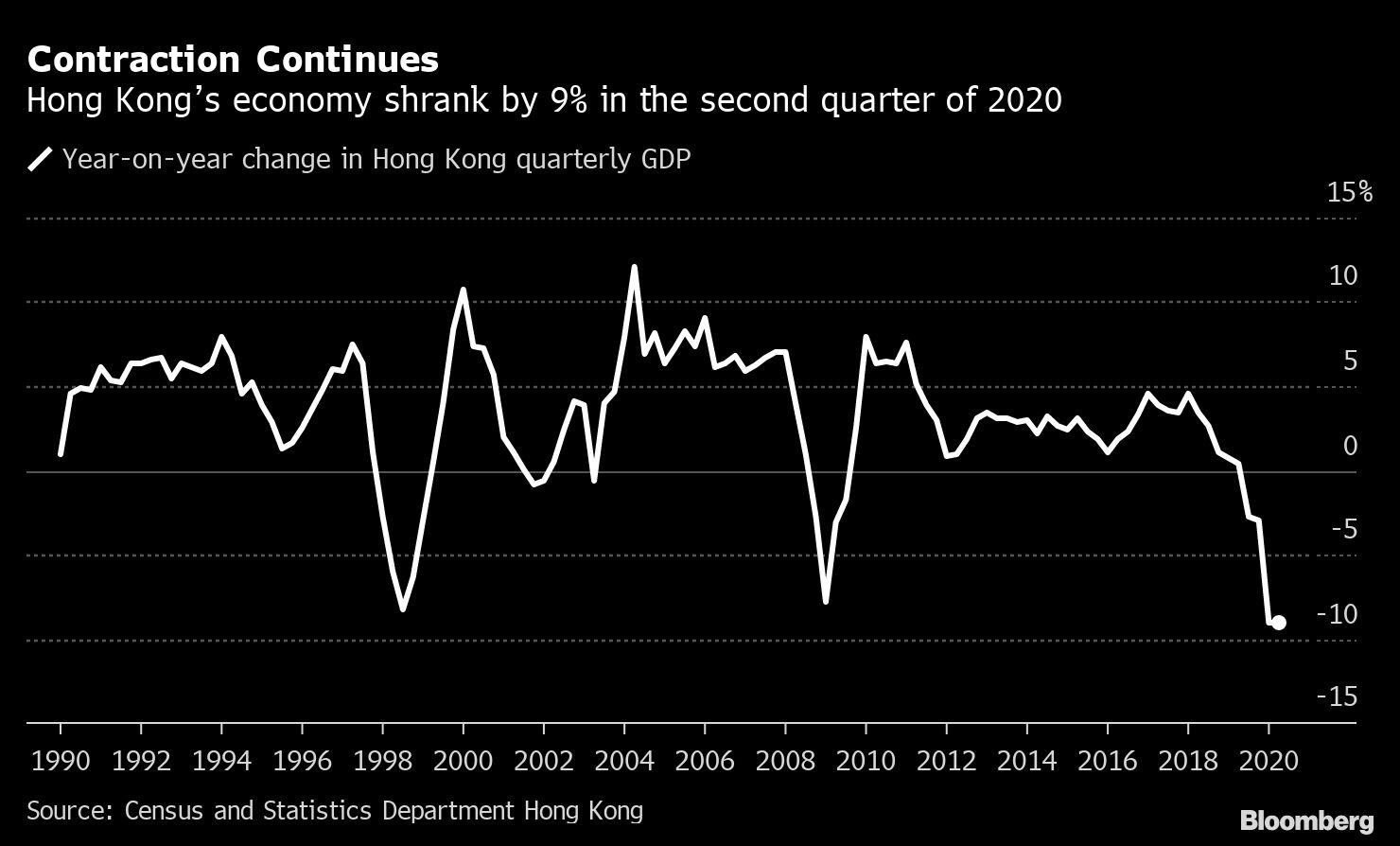 Hong Kong’s economy contracted for the fourth straight quarter as the coronavirus pandemic and political tensions extend the city’s first recession in a decade.

Singapore’s jobless rate climbed to 2.9 per cent in the second quarter, the highest in more than a decade, as large parts of the city-state’s economy shut down to contain COVID-19. 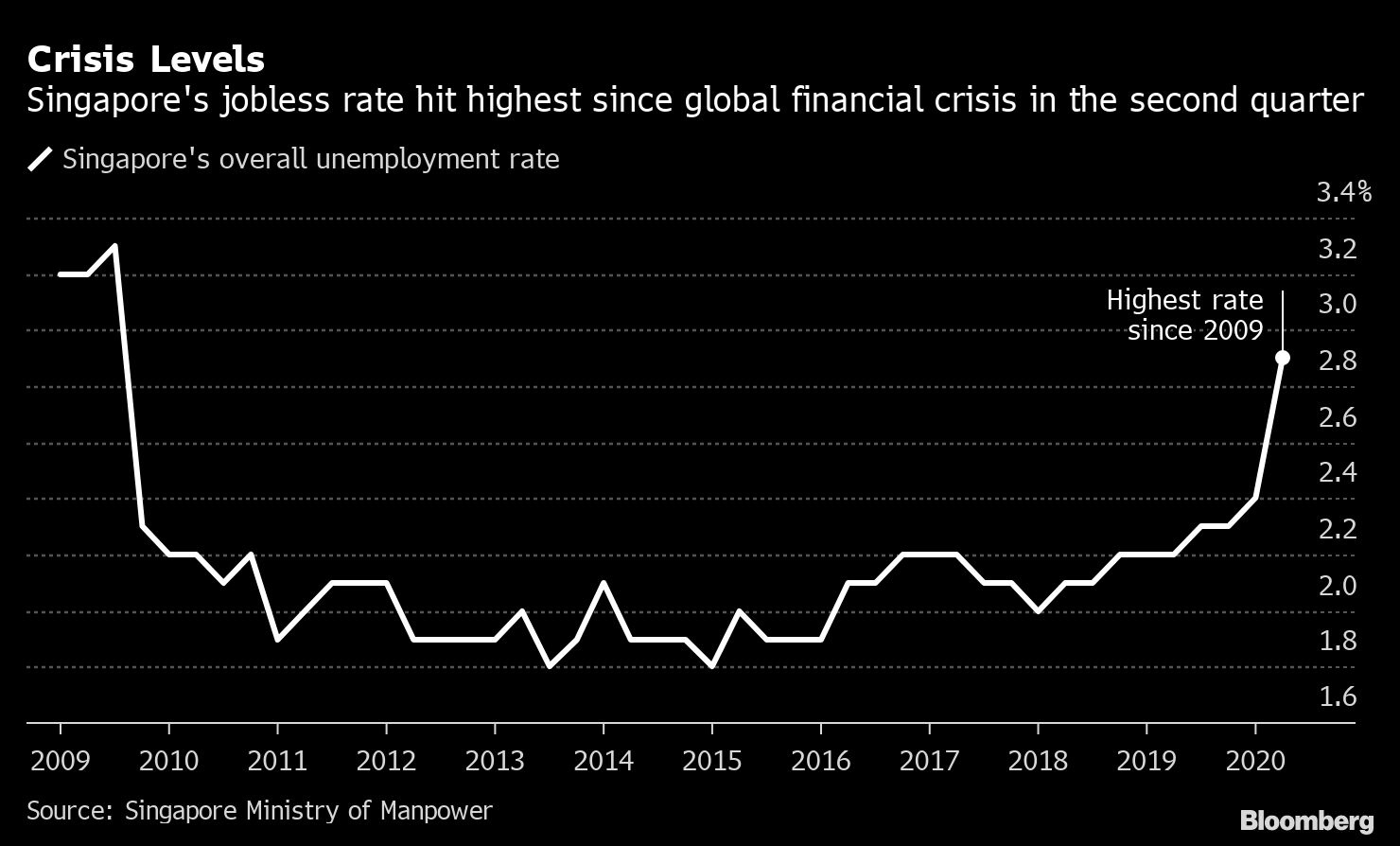 The International Monetary Fund agreed on Monday to disburse US$4.3 billion in loans to South Africa, bringing its total emergency coronavirus funding for the continent to more than US$18 billion. Africa’s three largest economies -- Nigeria, South Africa and Egypt -- have received more than half of the total so far. 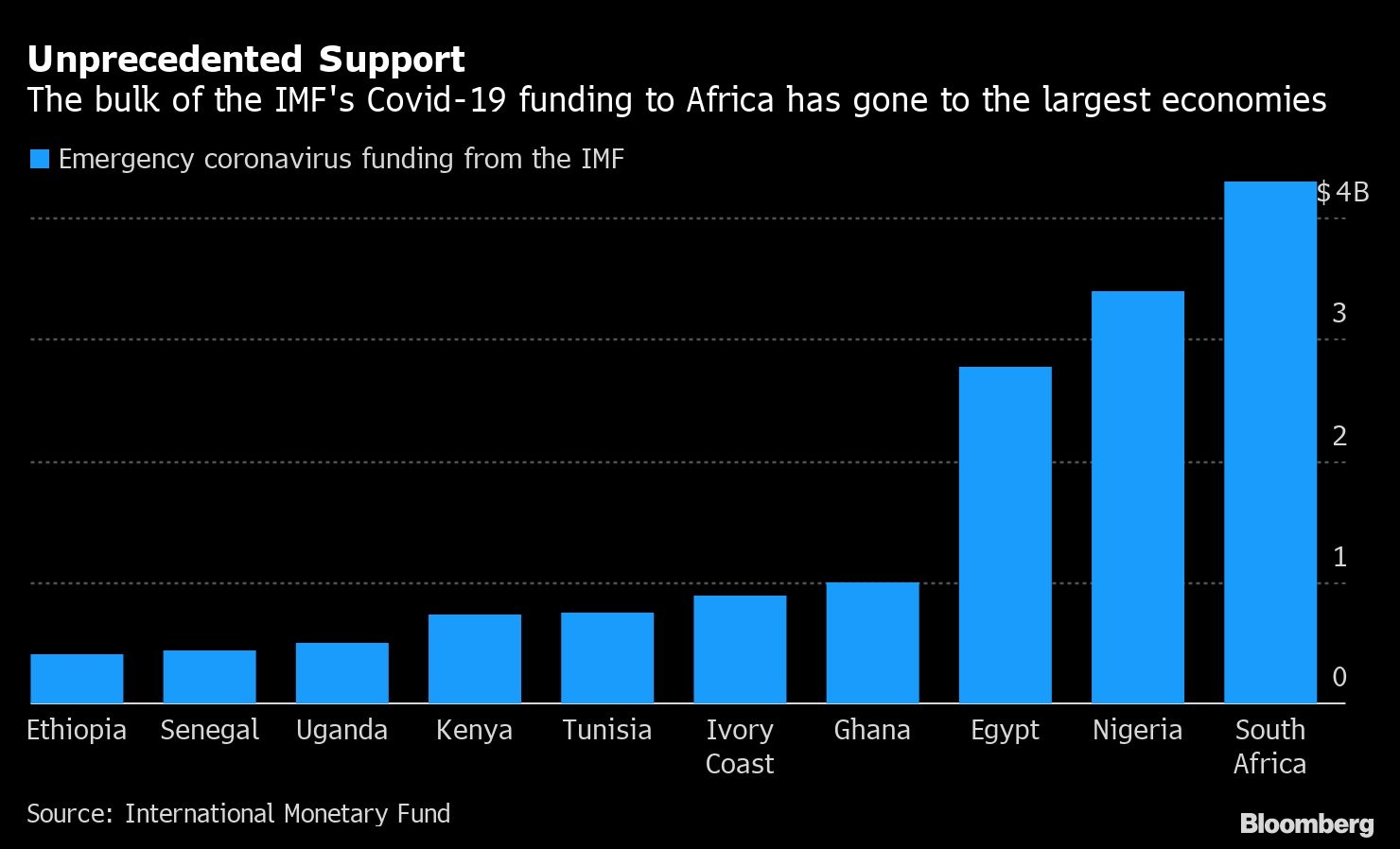