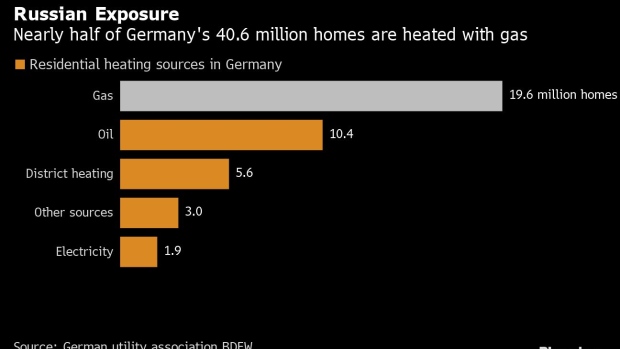 The strongest US job growth in five months and firmer-than-expected worker pay assuaged recession concerns, while also helping clear the path for the Federal Reserve to continue large interest-rate hikes.

In Europe and Asia, factory production weakened on lingering supply-chain constraints that are contributing to persistent price pressures. The Bank of England stepped up its inflation fight with the biggest rate increase in more than a quarter century, while also cautioning that the UK is headed for more than a year of recession.

Central banks around the world continued raising interest rates this week. Australia, Brazil, India and the UK were among those hiking by 50 basis points, while Romania went for 75 basis points and Madagascar for 90 basis points.

The standoff between the US and China over Taiwan has thrown a spotlight on growing risks to one of the world’s busiest shipping lanes -- even a minor disruption could ripple through supply chains. Almost half of the global container fleet and a whopping 88% of the world’s largest ships by tonnage passed through the Taiwan Strait this year, according to data compiled by Bloomberg.

Employers added more than double the number of jobs forecast, illustrating rock-solid labor demand that tempers recession worries and suggests the Federal Reserve will press on with steep interest-rate hikes to thwart inflation.

Household debt increased by 2% to $16.2 trillion in the second quarter, with mortgages, auto loans and credit-card balances all seeing sizable jumps, according to a report by the Federal Reserve Bank of New York.

With almost two openings for every person looking for work, US companies are increasingly tapping high school students for skilled jobs. As a result, apprenticeships are seeing a renaissance after failing to gain a foothold over the past few decades.

The Bank of England unleashed its biggest interest-rate hike in 27 years as it warned the UK is heading for more than a year of recession under the weight of soaring inflation. The half-point increase to 1.75% was backed by eight of the bank’s nine policy makers, who also kept up a pledge to act forcefully again in the future if needed.

German factory orders sank for a fifth month in June as rampant inflation and global supply disruptions continued to weigh on the outlook in Europe’s largest economy.

Germany’s presidential palace in Berlin is no longer lit at night, the city of Hanover is turning off warm water in the showers of its pools and gyms, and municipalities across the country are preparing heating havens to keep people safe from the cold. And that’s just the beginning of a crisis that will ripple across Europe.

It’s 2025 in Beijing, five years since the start of the pandemic, and Chinese President Xi Jinping’s Covid Zero policy is still an inescapable part of daily life. As omicron sub-variants become ever-more infectious, Xi’s resolve to avert virus fatalities is growing stronger – leading many experts to warn that Covid Zero could continue well beyond 2022.

Major South Korean firms are agreeing to the biggest pay rises in 19 years, according to a government survey, fueling concerns that a wage-price spiral is taking hold in the economy. Salary agreements at companies with 100 workers or more climbed 5.3% in the first half of the year, exceeding every increase since 2003, a labor ministry poll showed.

Turkish inflation accelerated again and may be months away from peaking, soaring to levels unseen since 1998 as the central bank sticks with its ultra-loose monetary course.

Brazil’s central bank raised its key interest rate by half a percentage point and left the door open for a smaller boost in September as it shifts its focus to the outlook for inflation more than a year ahead.