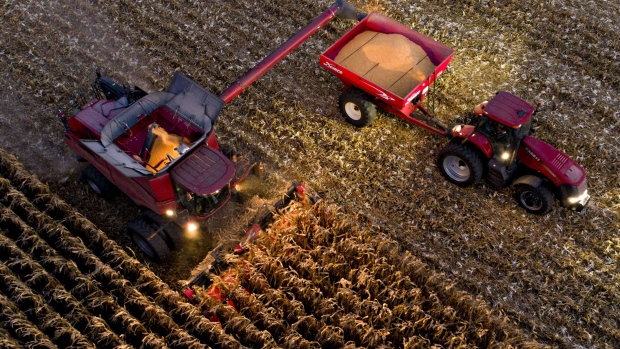 China made its biggest purchase ever of U.S. corn in another boost to meeting agriculture targets set in the countries’ first-phase trade accord.

The U.S. Department of Agriculture said Tuesday that exporters sold 1.762 million metric tons of corn, the fourth-biggest spot deal ever for the grain. The agency on July 10 reported a sale of 1.365 million tons to China.

China is poised to meet or surpass import quotas set by the World Trade Organization for 7.2 million tons of corn from any country in a year. Beijing issued a new batch of permits that allow imports at lower tariffs. The Asian nation agreed to buy US$36.5 billion in agricultural commodities this year from the U.S. as part of a trade accord, up from US$24 billion in 2017.

The buying spree of American agricultural products could help President Donald Trump shore up support from farmers ahead of the November election. The farm sector is crucial to maintain farm- and rust-belt states that carried him to victory four years ago. 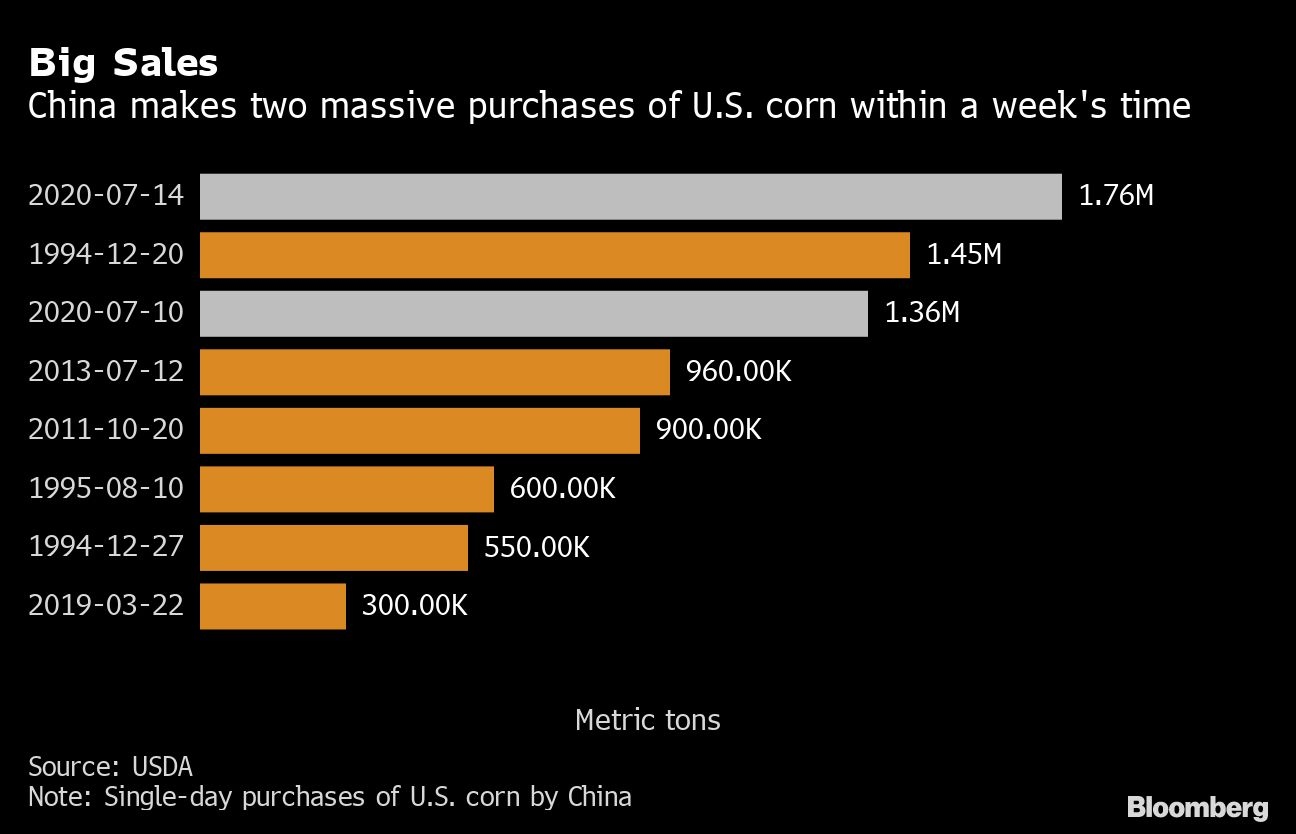 Farmers have received billions in aid payments after crop, meat and other farm-product exports declined in 2018 as the U.S.-China trade dispute worsened.

“Right now, the purchases give the president something concrete to talk about in helping Corn Belt crop farmers, but I think the impact politically is pretty marginal at this point,” University of Illinois agriculture economist Scott Irwin said in a message.

“The key is whether the purchases lift grain prices off of recent lows for a sustained period of time,” Irwin said. “This looks to be tough to do right now because rains are improving the outlook for yields at the same time.”

China’s imports of other raw materials from crude oil to soybeans surged in June as the economy started to recover from the worst of the virus.

In the U.S., virus cases are rising, and commodity markets are under pressure from limited demand for feed and fuel. The huge export sales have a more modest impact on corn futures than normal with grain inventories rising faster than consumption.

“China would need to buy five times this amount just to get us close to the carryover we currently have,” said John Payne, a senior futures and options broker at Daniels Trading in Chicago. “This is a positive development, though.”

Corn futures for September delivery were up 0.1 per cent at US$3.29 a bushel at 11:44 a.m. on the Chicago Board of Trade. The contact slumped 5.7 per cent in the previous two sessions.

Sinograin, which handles China grain inventory, sent a team to the northeastern city of Zhaodong in Heilongjiang province on Sunday to investigate quality issues related to local corn reserves.