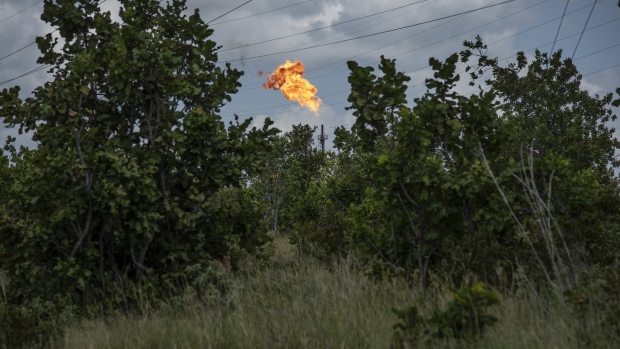 China’s biggest energy company is backing away from direct purchases of Venezuelan crude as the Trump administration tightens sanctions against the South American nation.

China National Petroleum Corp. has canceled plans to load about 5 million barrels worth of Venezuelan oil onto ships this month in the aftermath of the latest executive order by President Donald Trump, according to people with knowledge of the situation who asked not to be identified discussing proprietary information. The move could pose a setback for Venezuela President Nicolas Maduro, who has been counting on both China and Russia to keep the country going amid a humanitarian crisis, food shortages and hyperinflation.

China became the top destination for Venezuelan crude after U.S. sanctions against state-owned Petroleos de Venezuela SA were announced at the end of January. Venezuela may run low on options without the help of CNPC to load its oil, a main source of revenue that bankrolls the Maduro regime. The three August-loading cargoes canceled by CNPC’s subsidiary PetroChina Co. Ltd. haven’t so far attracted another buyer, according to reports seen by Bloomberg. 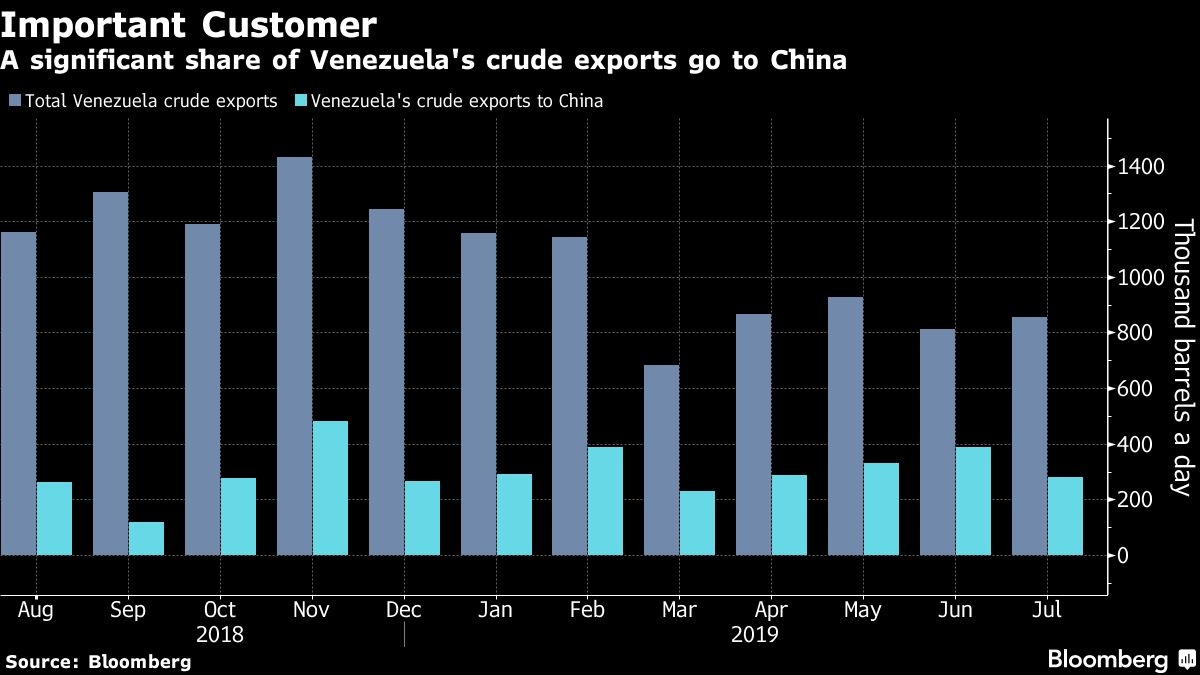 On Aug. 5, Trump signed an executive order authorizing sanctions on anyone who provides support to Maduro. Opposition leader Juan Guaido, recognized by the Trump administration as the country’s leader, is backed by more than 50 countries.

PetroChina’s pullback doesn’t mean China will completely turn away from Venezuelan oil. Other companies can continue to supply China’s independent refiners known as teapots with the South American nation’s crude, according to people familiar with the matter.

China has been a staunch supporter of the Venezuelan government since its first oil-backed loan to the late president Hugo Chavez. The Asian nation has loaned $50 billion in the past decade in exchange for oil that Chinese refineries process into fuel. China, along with Russia, is one of 14 nations that support Maduro.

This will be the first time in more than a decade that PetroChina forgoes loadings of Venezuelan crude, according to data compiled by Bloomberg. China has imported 339,000 barrels a day of Venezuelan oil this year. Most of the barrels come via PetroChina, but in the wake of U.S. sanctions, Russia’s Rosneft Oil Co PJSC has stepped up to supply Venezuelan oil to the country’s independent refiners.

--With assistance from Alfred Cang and Feifei Shen.