China’s Slowdown Momentum Is Not Yet Over, Says HSBC’s Wang

The engines of China’s economy are spluttering, with exports falling, factory output slowing, investment growth at a record low and consumption coming off the boil.

The soft data underscored the need for a Phase-one trade deal with the U.S. to put a floor under business confidence. Even as the economy has lost steam, the government and central bank have refrained from dumping stimulus into the economy, preferring to make smaller adjustments to try and boost growth without a massive expansion in debt. 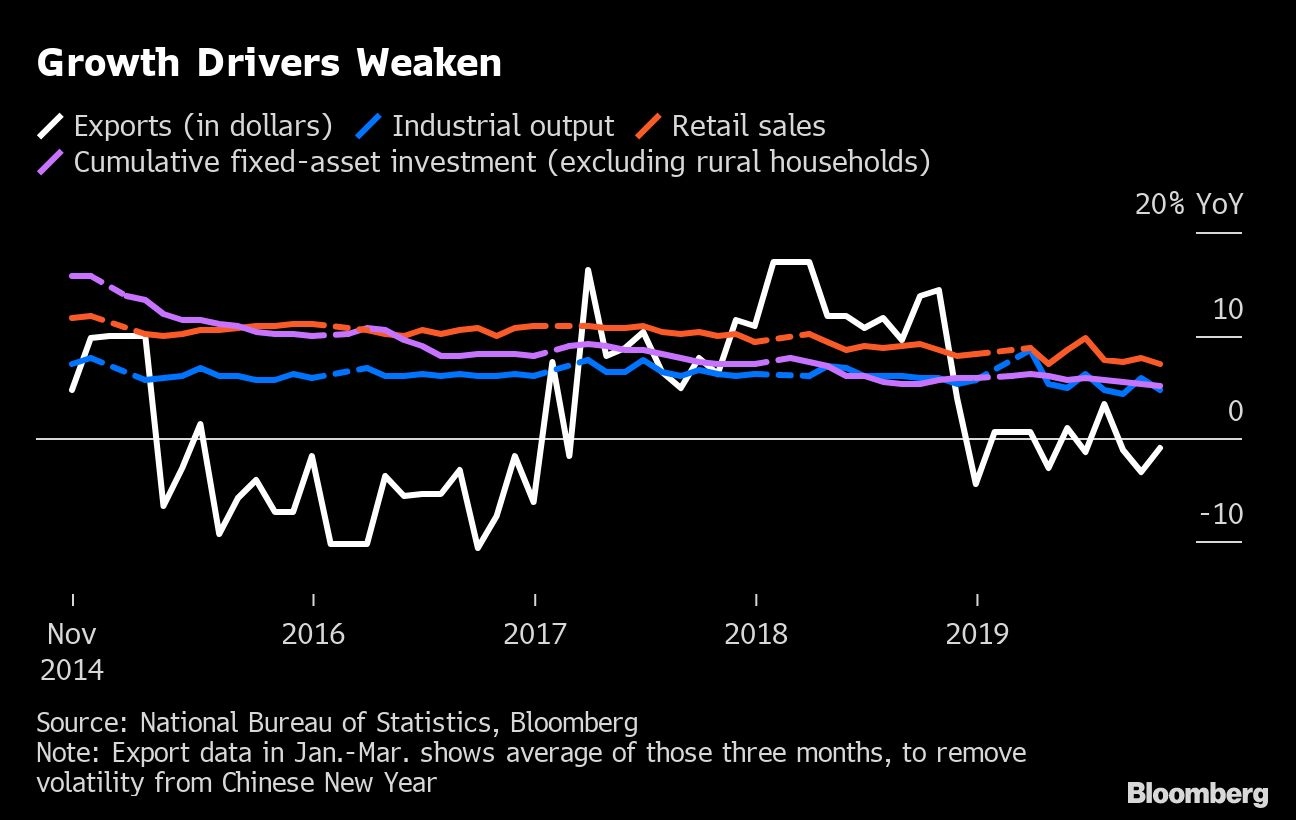 “Momentum for slowdown is not yet over,” said Julia Wang, an economist at HSBC Holdings Plc. in Hong Kong. “Given the slowdown is so sharp, it is going to impact maybe the labor market at some point next year, and you are going to see further weakness in domestic demand.”

Many Asian stock markets fell to session lows after the readings. Yet, the yuan remains slightly stronger for the day and government bonds have shed some of this week’s gain.

China’s Ministry of Commerce spokesman Gao Feng on Thursday said removing existing tariffs is an important condition for any deal and that China is willing to address core concerns with the U.S. to create conditions for reaching a phase-one deal.

Chinese and some U.S. officials last week said they agreed to roll back some tariffs if there is a phase-one deal. But the optimism was quickly damped as President Donald Trump said that he hasn’t agreed to anything. The trade war has lasted more than a year and hurt the global economy. Any re-escalation would further hit investor sentiment.

The investment data shows how cautious private companies have become, with their spending in the first 10 months of the year at the lowest level since 2016. The continued stability in spending by state-owned firms’ is preventing an even stronger drop in the headline data. 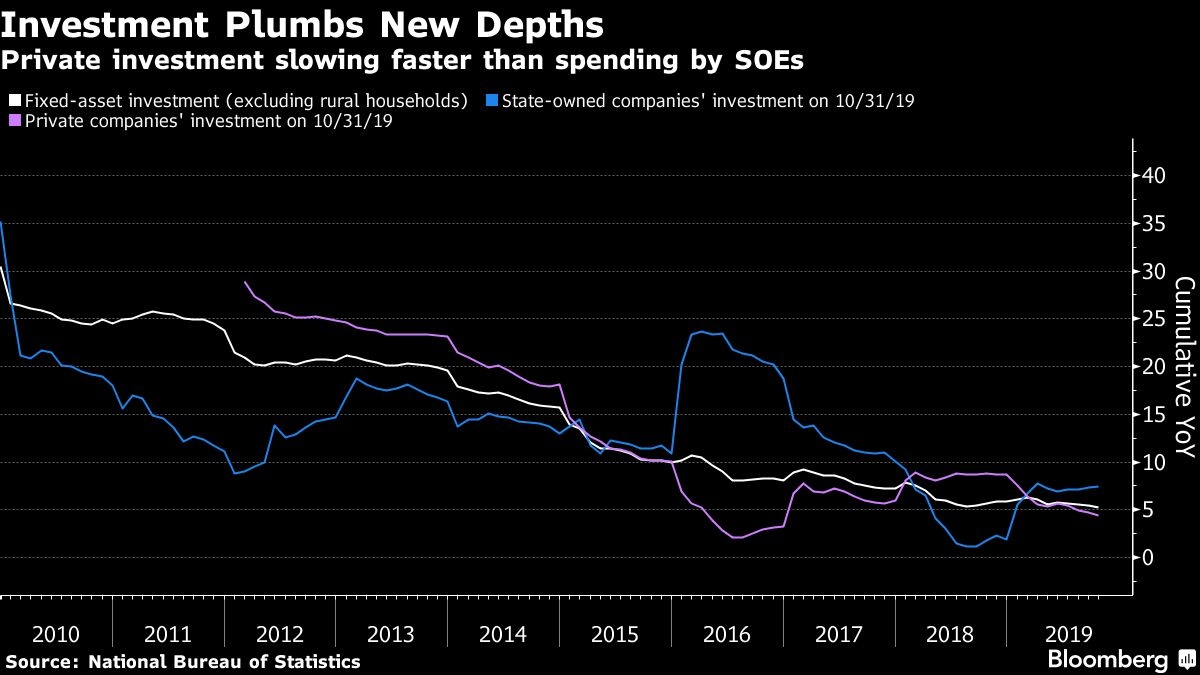 Investment in the property market is one bright spot, with spending by the manufacturing sector barely above the record low recorded in September. Infrastructure investment growth continued to bounce along around four per cent as it has all year.

“I’m quite concerned with property investment, the only stable element in fixed-asset investment now,” according to Xue Zhou, analyst at Mizuho Securities Asia Ltd in Hong Kong. “Monetary policy needs to be more supportive on economic growth and there should be more cuts to banks’ reserve ratios to help smaller banks.”

While the challenges facing the economy shouldn’t be underestimated, the overall momentum hasn’t changed, according to National Bureau of Statistics spokeswoman Liu Aihua, who spoke in Beijing after the data was released.

Signaling increasing concern about the level of investment, the government announced a reduction in capital requirements for some infrastructure projects on Wednesday.

That decision by the government opens up the fiscal tap a bit further, and given the continued downward pressure on the economy, we expect a faster rise in the number of approved projects in the following months. However, “it’s unlikely that would lift infrastructure investment significantly.”

The People’s Bank of China has made various small policy adjustments to increase the flow of credit and stimulate demand, but has refrained from broad interest rate cuts or other measures that would flood money into the financial system and risk rapidly increasing debt and pumping up another housing bubble.

The central bank reduced the cost of 1-year funds for banks for the first time since 2016 earlier this month, reflecting the struggle to support the economy when debt and consumer prices are rising but demand remains weak.

“We are very close to the Chinese government’s bottom line,” said Larry Hu, an economist at Macquarie Securities Ltd in Hong Kong. “When the downward trend will turn around depends entirely on when the government will step up their stimulus efforts.”

--With assistance from Tomoko Sato, Yinan Zhao and Kevin Kingsbury.