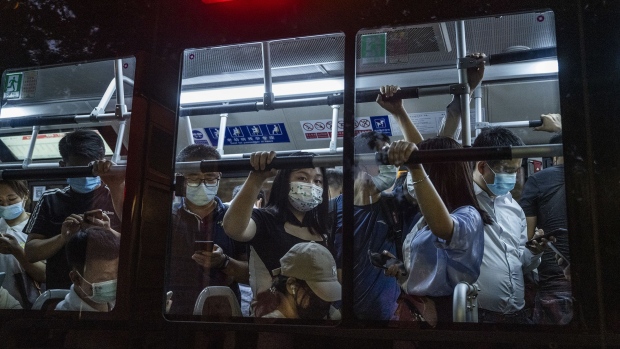 (Bloomberg) -- Traffic has thinned on some of China’s typically busy city roads as the nation faces a coronavirus resurgence that’s raising concerns about near-term fuel demand in the major Asian consumer.

Congestion in Beijing was down 30% from a week earlier at 11 a.m. local time on Thursday, while the volume of traffic jamming roads in other cities such as Shanghai and Yangzhou was marginally lower, according to data from Baidu. Authorities have placed restrictions on movement in some regions to try and contain the fast-spreading delta variant, which has swept across the globe.

See also: China Hunkers Down as Delta Reaches Nearly Half The Country

“For those provinces and regions with severe cases, such as Jiangsu, we will see a hit in gasoline and diesel demand,” said Jean Zou, an oil analyst with Shanghai-based commodities researcher ICIS-China. Consumption of the key transport fuels may decline 10% to 20% from a month earlier, Zou added.

China has suspended flights as authorities rush to close some cities during the peak summer travel period. The major crude importer has managed to contain sporadic outbreaks in the past, but the spread of delta is causing jitters in the market as it leads to lockdowns throughout Southeast Asia.

Authorities in China will suspend cross-city bus, taxi and ride-hailing services in regions with medium-to-high virus risk, the Ministry of Transport said. The nation now has 144 areas, including at least 20 cities, that meet that risk threshold. The eastern province of Jiangsu reported 40 new cases on Aug. 4, while other regions such as Hunan and Shandong have seen an uptick in infections, according to the National Health Commission.

“If the government is fast to curb the spread, short-term restrictive measures will cut August demand,” said Sengyick Tee, an analyst with Beijing-based SIA Energy. However, consumption will likely rebound next month, he added.