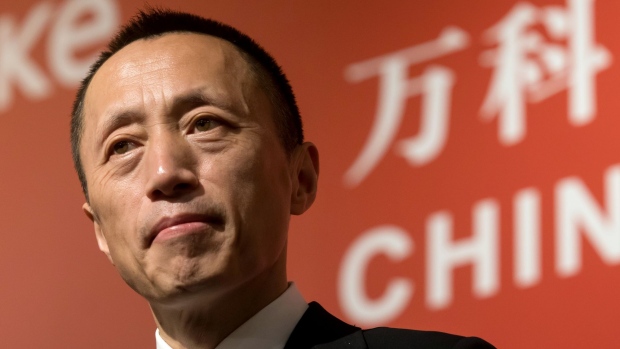 A worker walks past scaffolding at the Sunac Resort project construction site, developed by Sunac China Holdings Ltd., in Haiyan, Zhejiang Province, China, on Friday, Feb. 25, 2022. A widely-anticipated push by China's government to boost construction in order to stabilize growth in the world's second-largest economy has yet to materialize, a blow to hopes that Chinese stimulus would lift global growth early on this year. Photographer: Qilai Shen/Bloomberg , Bloomberg

(Bloomberg) -- The worst of China’s record housing slump is finally over, according to the country’s second-largest developer.

“In the short term, the market has bottomed out, but the recovery is a slow and gentle process and will take time,” China Vanke Co. Chairman Yu Liang said at the company’s annual general meeting Tuesday, according to a transcript posted on its WeChat account.

Yu cited a mild sales increase in May from April in first- and second-tier cities, adding that the recovery may become more distinct in June. That would be welcome news for developers, which are counting on a sales rebound to ease a crippling cash crunch that triggered a wave of defaults.

A Bloomberg Intelligence gauge of developer stocks climbed as much as 2.7% to the highest in a month after Yu’s comments.

Signs of improvement in the housing market have emerged after local governments eased some buying curbs and authorities cut mortgage rates. New-home sales in 17 cities monitored by China Index Holdings surged 89% so far in June from a month earlier, also helped by a loosening of Covid restrictions.

Still, Yu doesn’t foresee a return to the boom years. “The industry has entered a new stage of development,” he said.

China’s housing sales have fallen year-on-year for 11 months straight, a record since the nation’s private property market began in the 1990s. Inventories remain elevated and there’s no sign of growth in new construction, Bloomberg analysis shows.