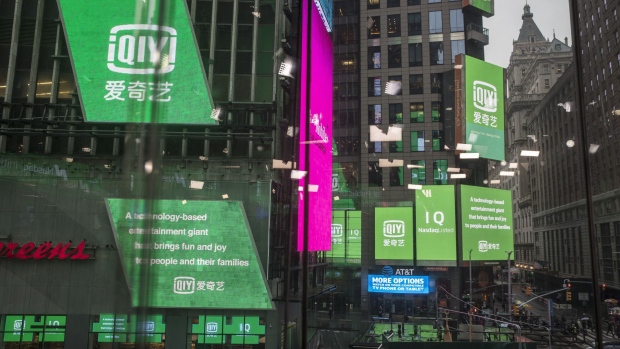 Iqiyi Inc., a Chinese Netflix-style streaming service that’s backed by Baidu Inc., tumbled as much as 19 per cent after disclosing that the company is under investigation by the U.S. Securities and Exchange Commission.

Iqiyi said on Thursday that it’s cooperating with the probe, which is seeking financial and operating records dating from January 2018. Investigators are also seeking documents about acquisitions and investments that were cited by short seller Wolfpack Research in a report in April, the company said. Iqiyi has hired advisers to conduct an internal review.

“These professional advisers have been examining the company’s books and records and undertaking testing procedures that, in their judgment, are necessary and appropriate to evaluating the key allegations in the Wolfpack Report,” Beijing-based Iqiyi said in a statement, which accompanied its second-quarter results. The review will include “accounting policy analysis, data analytics on whether the company manufactured orders and inflated revenues and/or expenses.”

The SEC probe is the latest example of U.S. scrutiny of Chinese tech firms. The Trump administration has sought to crack down on TikTok and WeChat, two popular China-based apps.

Iqiyi’s U.S.-traded shares fell as low as US$17.50 in late trading. The stock had been up 2.7 per cent this year through Thursday’s close.