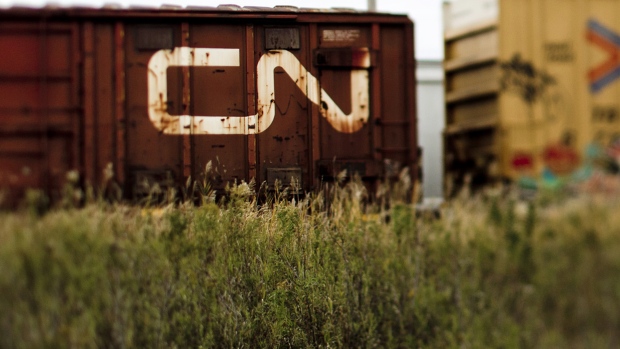 “All in, 2019 has the potential to be a record year’’ for the company’s freight volumes, Chief Executive Officer Jean-Jacques Ruest said Thursday. “There is freight out there in the Canadian economy to be moved, especially in the space of natural resources.’’

Canada’s biggest railroad is reaping the benefits of record 2018 investment of $3.5 billion spearheaded by Ruest, who took over in March after the carrier’s inability to cope with higher-than-expected demand drew public rebukes from customers. To boost capacity, Canadian National hired hundreds of train conductors, bought equipment such as boxcars and locomotives and built miles of track.

The company entered December with about 25 per cent more qualified train conductors in Western Canada than last year, plus additional track and equipment, Ruest said. Canadian National will take delivery of 40 new General Electric Co. locomotives in January, part of the 60 scheduled to enter its fleet next year.

“Between people, locomotives and more equipment, we’re in much better shape this year,’’ Ruest said in a telephone interview from Montreal.

There are a few weak spots in demand. Slowing lumber shipments in recent weeks prompted Canadian National to park about 1,000 rail cars. But demand for potash, consumer goods, petrochemicals and oil will probably likely offset any decline in forest products, the CEO said.

Crude shipments in the fourth quarter are running at an annualized rate of 140,000 carloads, Ruest said. If sustained over a year, that would surpass the carrier’s record set in 2014.

Revenue-ton-miles -- a measurement of freight carried -- are up about 10 per cent this quarter, following a 10.2 per cent increase through the first nine months of the year. That positions Canadian National to surpass its 2017 record for the volume yardstick, according to data compiled by Bloomberg.

Capital expenditures will remain at record levels next year, “probably in the range of 25 per cent of our forecasted revenue, probably slightly higher than 2018,’’ Ruest said.

As in 2018, most of the investment in new track capacity will be in Western Canada, where the country’s oil industry is located.

“It will be a big construction year out west again,’’ Ruest said. “We want to keep adding to network capacity to move anything that we need to move.’’