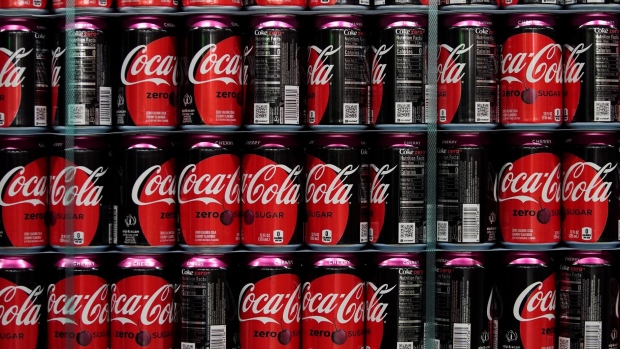 The beverage giant said unit case volume grew by two per cent, while net revenue expanded eight per cent to US$9.5 billion. The key metric of organic revenue, which strips out some items like currency effects, jumped five per cent — higher than analysts’ average estimate for a 4.1-per-cent gain.

• As U.S. consumers increasingly opt for sparkling waters and plant-based milks over sugary beverages, Coke is betting big on offerings in these categories and reported double-digit volume growth in Coca-Cola Zero Sugar in the U.S.

• Coke has also been looking abroad to boost its sales, and results show the strategy is working on a number of brands. The company reported “strong growth” in Minute Maid Pulpy in China and coffee and tea in Japan.

• Coke shares rose as much as 2.9 per cent to US$55.35 in early trading on Friday before paring some of the gain. The stock has gained 14 per cent this year, trailing the S&P 500 Index.

--With assistance from Janet Freund