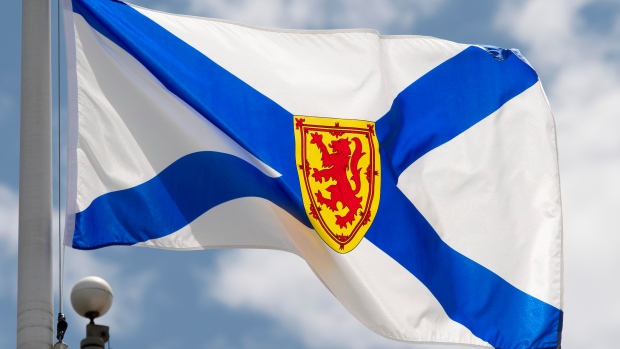 HALIFAX -- Nova Scotia's Liberal government is projecting a $585-million deficit driven by pandemic costs in a budget that critics say is light on investment in areas where the virus took its greatest toll.

The deficit estimate in Thursdays's budget, the first since Iain Rankin became premier, breaks a string of four balanced budgets achieved before the pandemic. It does contain a promise of no tax hikes and predictions of a return to balance in four years.

The red ink flowing in the $12.5-billion economic plan is closely tied to the virus that has shocked economies across the globe.

Pandemic-related costs in 2021-22 are projected at about $350 million for such things as personal protective equipment and vaccination clinics around the province -- a figure that will drive the province's total bill to an estimated $1 billion by the end of this year.

The economic plan also bumps up welfare rates for the province's poorest citizens, increasing the standard welfare amount for adults by $100 per month at a total cost of about $35 million annually.

Finance Minister Labi Kousoulis said it was the single biggest new initiative added to the budget since the premier took office in February.

"We had capacity for investment," Kousoulis said. "The most vulnerable Nova Scotians are getting a significant lift and one that will really impact their lives in a positive manner."

But opposition critics said the economic plan falls short in long-term care and mental health -- where shortcomings were exposed over the past year.

Fifty-three people died in the Northwood care facility in Halifax, while calls to mental health crisis lines grew by over a third in volume last fall amid job losses and public health restrictions.

Kousoulis appeared to acknowledge gaps in the health and nursing home system in the budget, saying the "modernizing" of care is underway.

Long-term care spending has increased by more than $119 million to $1 billion, with $22.6 million added to increase the number of care assistants, expand access to outside health professionals and provide primary care in nursing homes.

About $35 million over the next four years will go to building and renovating seven nursing homes, adding 230 beds.

However, Tory Leader Tim Houston said the pace of improvement for the care of the province's elders is too slow.

Janet Hazelton, the president of the Nova Scotia Nurses Union, said she needs more details to know whether the funding in long-term care will be sufficient to bring about the minimal standard of about four hours of daily care per resident her organization has demanded.

"It's a start. We're happy to see it singled out and given that significant amount of money," she said in a telephone interview.

Meanwhile, NDP Leader Gary Burrill said he's disappointed there's no mention of initiatives for child care, which has become an issue for many families during the COVID-19 pandemic.

He also noted a lack of funding for affordable housing at a time when demand is high, with only 150 units promised.

"I think what we have here in the budget, to a great extent, is finger foods on a napkin in areas where we really need to see the meal on the plate," he said.

Kousoulis said the key to economic recovery lies in continued efforts to control the virus, in a province that has outstripped most of its counterparts in containing the spread.

As he spoke, the province's efforts to roll out vaccinations were underway, and the minister projects $24.2 million will be needed to meet the goal of having most people inoculated before Canada Day.

This year's plunging income and motor fuel tax revenues and rising bills left the province with a deficit of $705.5 million for the 2020-21 fiscal year.

The budget projects mental health spending will rise about $20 million to $336.5 million, which includes new programming and $1.5 million to establish the new Office of Mental Health and Addictions.

Kousoulis promoted this as support for individuals in crisis and for preventive measures, while Houston countered the increase lacks impact on the front lines of care.

While debt is forecast to keep rising through the middle of the decade, from an estimated $18 billion in 2021-22 to over $21 billion by 2024-25, the debt servicing costs remain steady -- taking about six per cent of total spending each year.

Thanks to continuing low interest rates, that is roughly the same percentage that debt servicing consumed before the pandemic in 2019-20.