Oil tumbled by the most in two weeks as a fast-spreading delta variant posed a threat to demand and as economic data out of China signaled a slowdown.

Futures in New York declined 3.6 per cent on Monday. The virus is clouding the outlook for consumption as China faced a fresh outbreak and infections in Sydney matched a record. Amid the surge in cases, barrels from some key OPEC producers are hitting the market, also causing concern. Meanwhile, data indicated that China’s economic activity eased in July.

The government in China has made steps to curb commodity inflation and those are having an impact, according to Rebecca Babin, senior energy trader at CIBC Private Wealth, US. “The next round of data from China on crude import numbers will be critical in figuring out how China is handling the most recent uptick in infections,” she said. 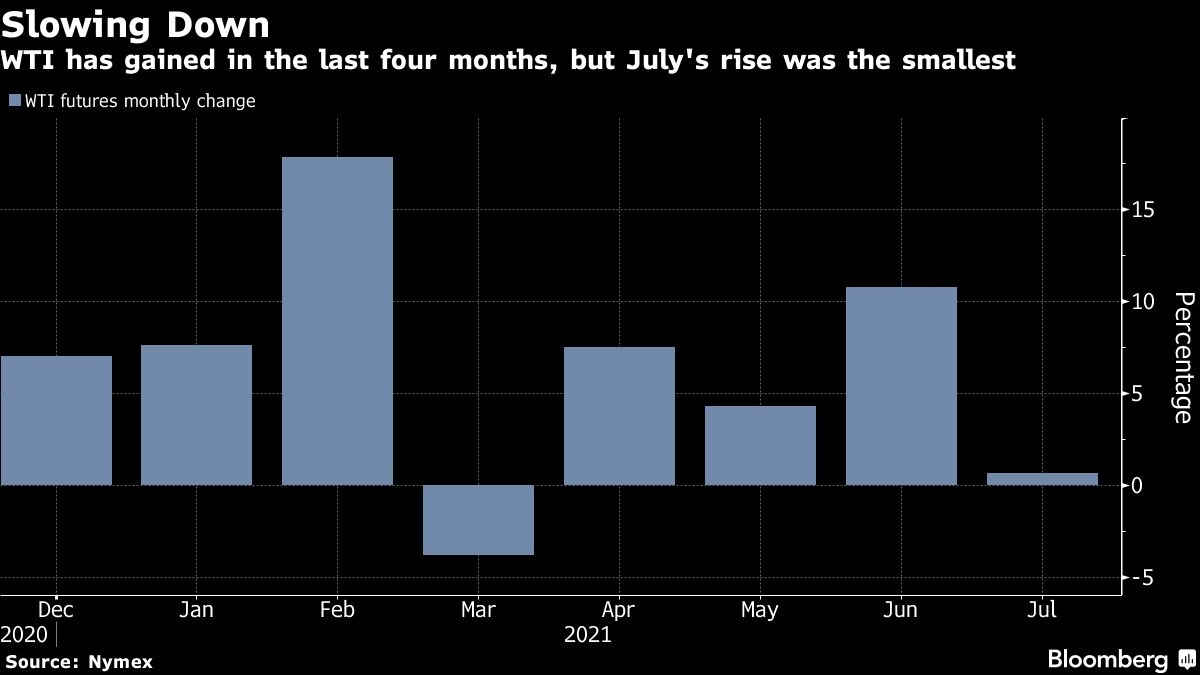 Crude prices are off to a shaky start in August after July’s small gain with the resurgence of COVID-19 offsetting the global demand recovery. Saudi Arabia, Kuwait and the United Arab Emirates, three core OPEC oil exporters in the Middle East, boosted their crude shipments to multimonth highs in July, underscoring a return of the nations’ supply into an uncertain global market.

Oil has “given back some of last week’s gains in response to weaker China data and continued worries about the spread of the delta variant,” said Ole Hansen, head of commodities research at Saxo Bank A/S. Crude has settled into a range “with delta demand worries offsetting the current tight supply outlook.”

Meanwhile, the U.S. and Israel vowed to respond to a deadly drone attack on a tanker last week in a major waterway for global oil shipments that they blamed on Iran. Middle East foes Iran and Israel have traded multiple accusations of shipping attacks in recent months. But Thursday’s strike off the coast of Oman, which Tehran denied carrying out, was the first to kill crew members -- a Romanian and a Briton.