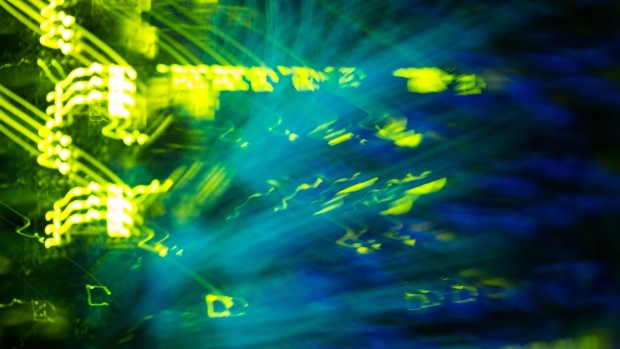 Green lights illuminate cable terminals on the Sberbank and SberCloud Christofari supercomputer during an event to mark its launch into commercial operation inside the Sberbank PJSC data processing center (DPC) at the Skolkovo Innovation Center in Moscow, Russia, on Monday, Dec. 16, 2019. As Sberbank expands its technology offerings, the Kremlin is backing legislation aimed at keeping the country's largest internet companies under local control by limiting foreign ownership. Photographer: Bloomberg/Bloomberg , Photographer: Bloomberg/Bloomberg

(Bloomberg) -- Bakkt, the cryptocurrency platform majority owned by Intercontinental Exchange Inc., is in advanced talks to go public through a merger with blank-check firm VPC Impact Acquisition Holdings, according to people with knowledge of the matter.

The transaction is set to value the combined entity at more than $2 billion, and an announcement may come as soon as next week, said the people.

Representatives for Bakkt, ICE and VPC declined to comment.

Last year, Bakkt raised $300 million in capital from ICE and other investors, and acquired Bridge2 Solutions, a provider to loyalty programs. The company in 2019 launched a fully-regulated Bitcoin futures and option market.

VPC, a special purpose acquisition company affiliated with Victory Park Capital, raised about $200 million in a September initial public offering. The vehicle, led by Chairman and CEO John Martin, has said its value-creation strategy is to “identify, partner with and help grow a business in the fintech sector.”