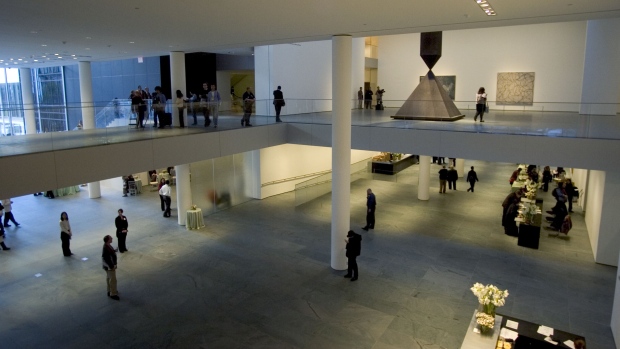 The estate of David Rockefeller is giving more than US$200 million to the Museum of Modern Art in New York, the largest gift in its history.

Rockefeller, who died in 2017, was a long-time museum benefactor and trustee, donating masterpieces by artists such as Pablo Picasso, Paul Cezanne and Henri Matisse to its collection. In 2005, he pledged US$100 million to the institution his mother helped found in 1929.

MoMA’s board of trustees voted unanimously to name the museum’s directorship after the philanthropist.

“It’s an energizing and fitting tribute to celebrate David’s vision and passion for the museum’s mission and its collection,” Glenn D. Lowry, the museum’s first David Rockefeller Director, said Tuesday in a statement.

Rockefeller served 69 years on MoMA’s board, starting in 1948, until his death at age 101. The estate’s latest contribution is partly financed by proceeds from the auction of his collection at Christie’s last year, according to a museum spokeswoman.

The New York Times reported on the gift earlier Tuesday.