Anti-trust hearing might 'mark the beginning of the end of big tech': Scott Galloway

A day after their leaders faced five hours of interrogation in Congress over allegations their power and influence is out of control, four of the biggest American tech companies saw their combined market value swell by US$250 billion thanks to earnings that shocked even Wall Street.

Shares of Amazon.com Inc., Facebook Inc., Apple Inc. and Alphabet Inc. built on already-torrid rallies after each reported earnings or revenue that crushed analyst estimates. Combined, the companies put up sales of US$200 billion in the three months ended in June, with Amazon reporting a record quarter. 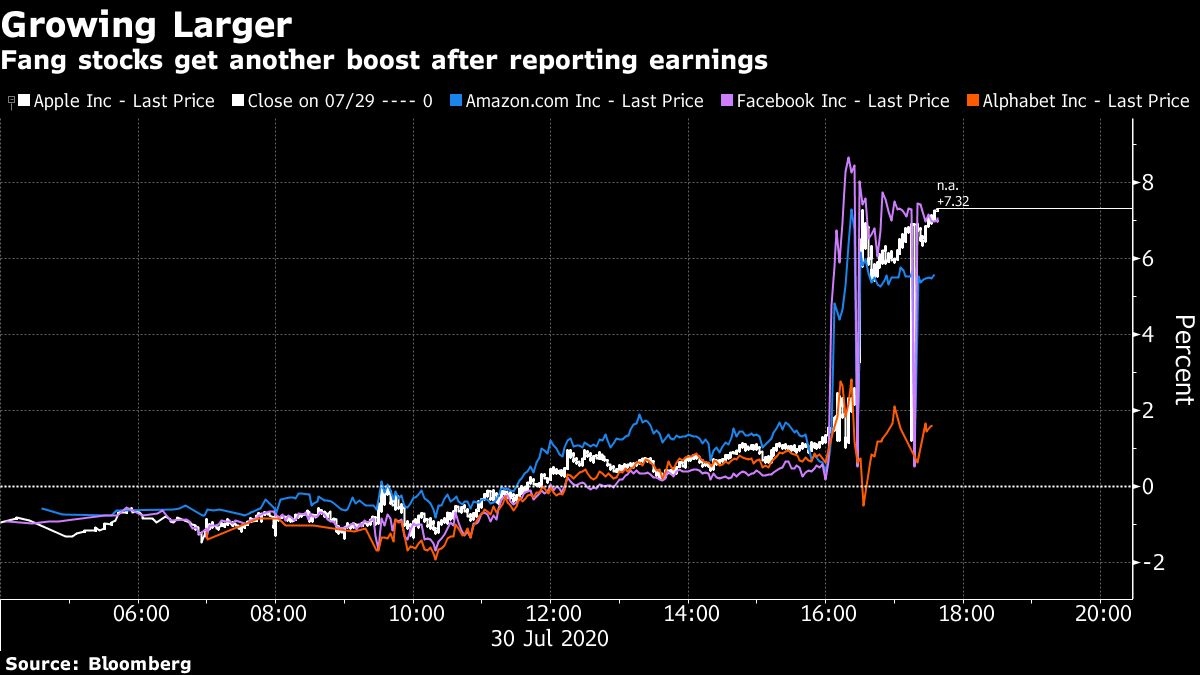 The earnings served as further evidence to frenzied stock investors that the companies’ automated, algorithmically optimized businesses are not only weathering the coronavirus pandemic but are thriving in it. Politically, they could reinforce suspicions that growth in U.S. technology providers has gotten unhinged. The firms are booming while Old Economy industries like retailing and car-making falter, pushing scores of companies into insolvency and costing millions of Americans their jobs.

“I will tell you this, it’s good that these tech giants did their hearings yesterday and not tomorrow given all these results,” Wedbush analyst Dan Ives told Bloomberg Television.

Combined, Apple, Amazon, Google and Facebook boast a market-cap above US$5 trillion, about a fifth of the entire S&P 500. While the average S&P 500 stock is still down seven per cent in 2020, an index of Fang stocks is up 34 per cent.

The chief executives were forced to defend themselves from the sometimes withering criticism of lawmakers who said they were abusing monopoly-like power to expand influence. Amazon’s Jeff Bezos was grilled on his company’s treatment of small merchants who use Amazon’s online marketplace, while Sundar Pichai, CEO of Alphabet, faced questions about whether its Google unit exploited its dominant position in advertising. 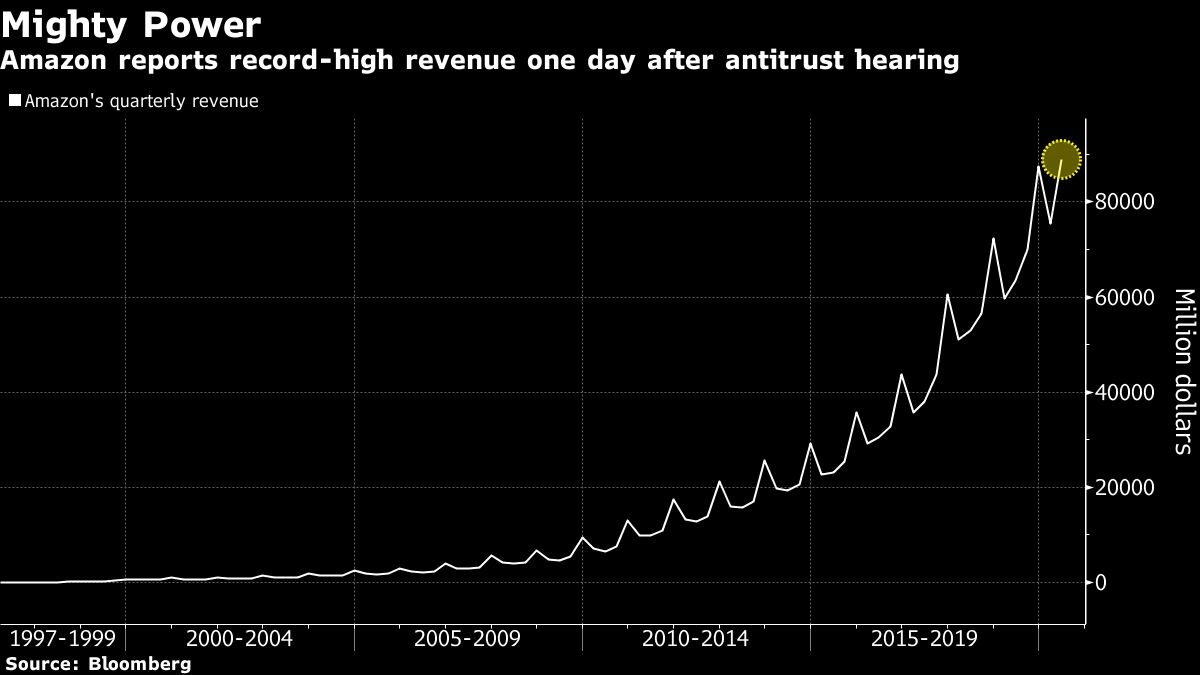 “These companies as they exist today have monopoly power,” said Representative David Cicilline of Rhode Island, who is leading a yearlong House investigation into the companies. “Some need to be broken up, all need to be heavily regulated.”

In written testimony and in their responses, the CEOs told Congress that competition is thriving across the tech industry and consumers are benefitting.