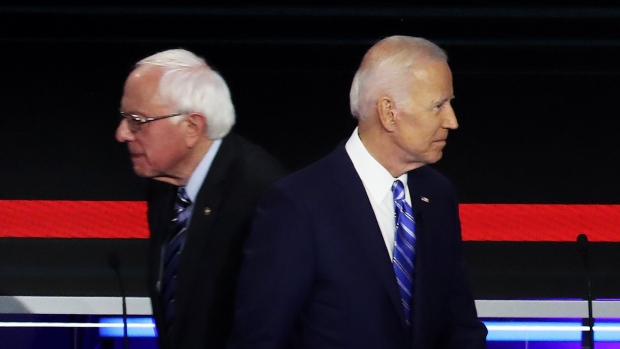 The Democratic National Committee on Thursday postponed its presidential nominating convention from July to Aug. 17 due to concerns about the coronavirus.

The delay comes after likely presidential nominee Joe Biden said the convention should be pushed back for safety.

“I have always believed that American innovation and ingenuity shine brightest during our darkest days, and for that reason, I’m confident our convention planning team and our partners will find a way to deliver a convention in Milwaukee this summer that places our Democratic nominee on the path to victory in November,” Joe Solmonese, chief executive officer of the the Democratic National Convention Committee, said in a statement.

The convention may not look or feel like past ones, given that the stay-at-home decrees that many Americans are living under will have only recently been lifted. The DNC suggested it was considering changes to the format, size and schedule of the four-day convention, which usually involves many parties as well as thousands of delegates, media and party officials all standing shoulder-to-shoulder in a vast arena.

“Ultimately, the health and safety of our convention attendees and the people of Milwaukee is our top priority. And we will continue to be in contact with local, state, and federal health officials as we monitor this fluid situation,” DNC Chair Tom Perez said.

The new date puts the Democratic convention just before the one the Republican Party has planned in Charlotte, North Carolina beginning on August 24. President Donald Trump has said he expects their nominating convention to proceed as expected.

Solmonese said the convention would still be held in Milwaukee, Wisconsin, as originally planned, just later in the summer.

“We remain inspired by the people who live and work here, and we remain committed to hosting this historic moment in their hometown,” Solmonese added.