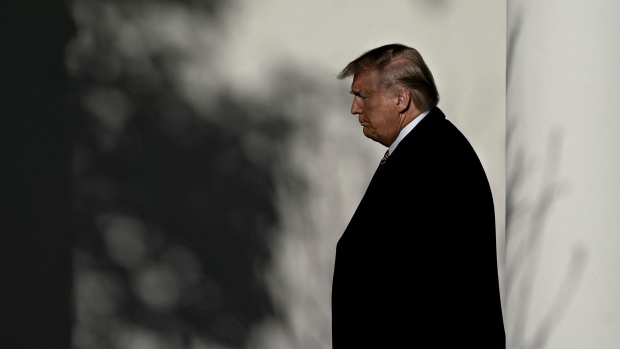 Democrats announced two articles of impeachment against President Donald Trump on abuse of power and obstruction, moving them another step closer to a historic vote by the full House next week.

Judiciary Chairman Jerrold Nadler said Trump stands accused of “high crimes and misdemeanors” under the Constitution by seeking foreign help for his re-election and engaging “in unprecedented, categorical and indiscriminate defiance” of Congress’s investigation.

“The evidence of the president’s misconduct is overwhelming and uncontested,” Schiff said at the Capitol. It “goes to the heart” of whether the U.S. can conduct a free and fair election in 2020, he added.

Nadler said the Judiciary panel will take up the articles of impeachment later this week. That likely sets up a full House vote next week. The impeachment trial will be held in the Senate, where the Republican majority is expected to acquit him.

The narrowly drawn impeachment articles reflects the desire of Speaker Nancy Pelosi, Nadler and some other top Democrats to keep the focus of impeachment on Trump’s Ukraine dealings. That is intended to avoid a potentially protracted debate on others issues, such as those dealt with in former Special Counsel Robert Mueller’s report, and keep support from swing-district Democrats who’ve been wary of voting for impeachment.

The House impeachment inquiry, which Trump has labeled a witch hunt and Republicans derided as a rushed drive toward a predetermined conclusion, is reaching an end-of-the-year climax at the same time Congress is attempting to wrap up budget negotiations and push a major trade pact to conclusion.