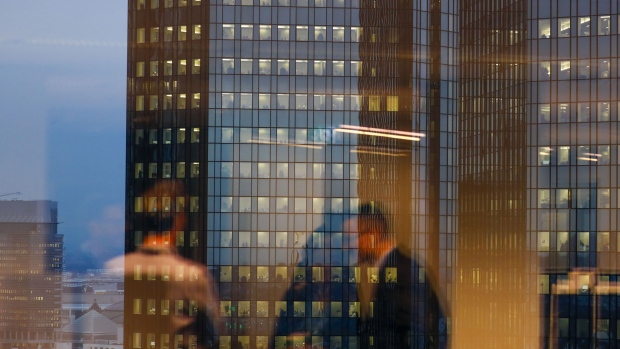 Deutsche Bank AG has asked its top managers to join the executive committee in foregoing a month’s pay after the lender resumed a sweeping job cuts program to reduce expenses.

“As our restructuring plans progress, the management board and the group management committee have decided to lead by example and give a broader group of senior managers the opportunity to be part of this initiative,” a spokesman said by email. “This is a voluntary measure in the entrepreneurial spirit and discipline with which we are running our company.”

Chief Executive Officer Christian Sewing has resumed his plan to cut 18,000 jobs that had been put on hold after the outbreak of the coronavirus pandemic in March. That was accompanied by a decision of the management board and the executive body below to waive one month of pay to show that top management are joining in the overriding goal of reducing the bank’s bloated cost base.

The bank is now asking hundreds of top managers to join the initiative, a person familiar with the matter said. That could save the lender substantially more than 10 million euros (US$10.9 million), the person said, asking not to be identified because the information hasn’t been made public.

Investment banks such as Morgan Stanley, Citigroup Inc. and HSBC Holdings Plc have pledged to hold off on dismissals during the pandemic this year, reassuring employees about their income and health insurance as the economy reels from the spread of the deadly virus. Deutsche Bank was the first lender to publicly reverse that decision.