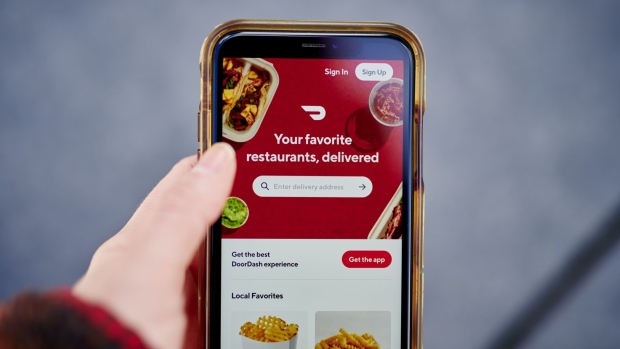 DoorDash Inc. reported first-quarter revenue that beat analysts’ estimates, reflecting the sustained demand in food delivery even as restaurants begin to reopen and more people get vaccinated. The shares jumped about 7 per cent in extended trading.

That growth came at a cost, however. A net loss of US$110 million, or 30 cents a share, was wider than an average of analysts’ estimates compiled by Bloomberg.

The San Francisco-based company benefited from the pandemic-induced boom in food delivery when indoor dining shuttered and people stayed home. DoorDash expanded its market share since the start of the pandemic and now commands 56 per cent of U.S. food-delivery sales as of April, according to research from Bloomberg Second Measure.

DoorDash has increased its footprint in the sector by pushing into categories like grocery and convenience items and through its launch of Storefront, an online ordering product that helps restaurants create their own websites for pickup and delivery. 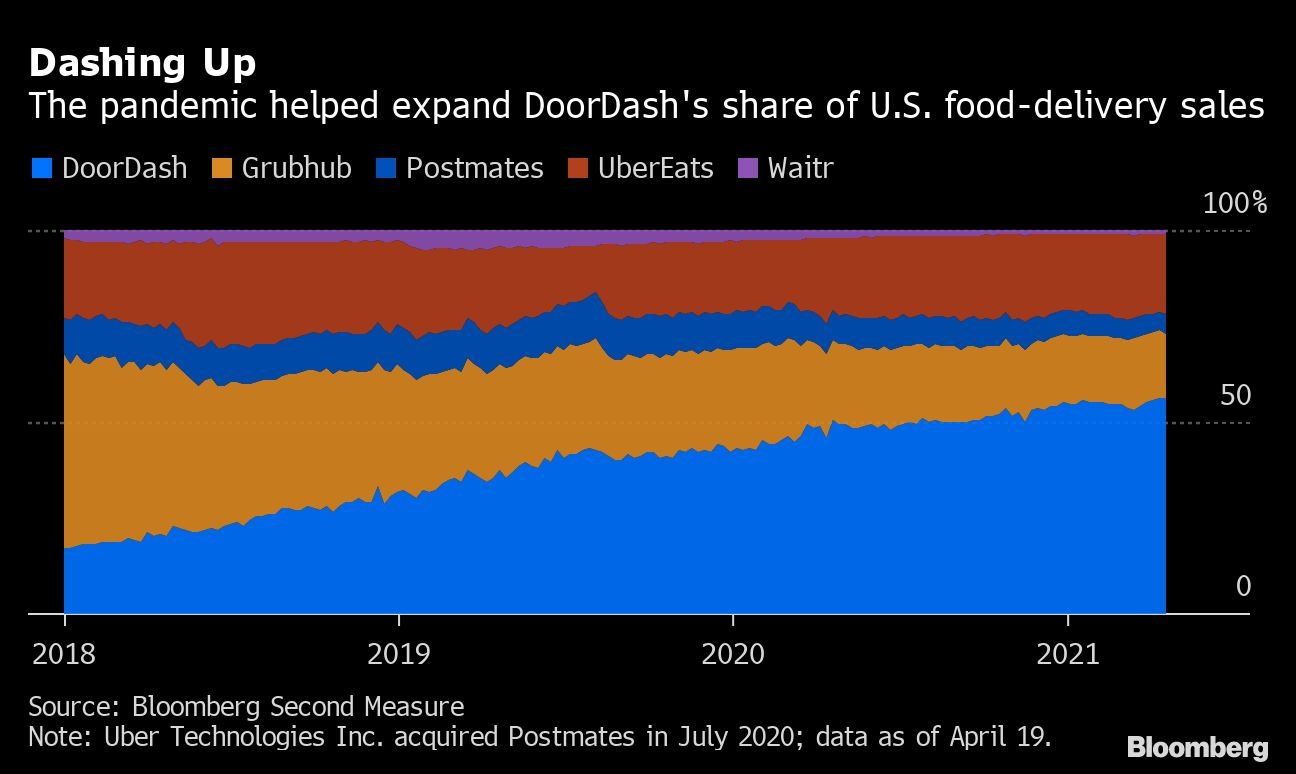 DoorDash shares have fallen almost 50 per cent since a February peak. They are still up about 12 per cent from a high-profile public offering in December that raised US$3.37 billion.

Food-delivery companies have faced mounting scrutiny for squeezing small businesses’ already razor-thin margins by charging commissions that can reach as much as 30 per cent of an order. Cities across the U.S. imposed temporary caps on the fees last year in an effort to aid a restaurant industry reeling from the COVID-19 pandemic.

DoorDash implemented incremental consumer fees in some markets with price controls to help offset the impact to its bottom line. Last month, the company introduced a tiered pricing plan with commissions starting at 15 per cent in an effort to grant restaurants more flexibility. DoorDash said it estimated price controls had a net negative impact of US$31 million on revenue, gross profit and adjusted earnings before interest, tax, depreciation and amortization in the first quarter.

The implementation of Proposition 22 in California, which passed in November, has also resulted in higher costs for the company. The new law allows DoorDash to continue to classify its drivers as contract workers as opposed to full-time employees but requires the company to guarantee driver earnings and grant additional benefits.

Despite significant challenges, DoorDash’s market share gain coupled with international expansion could keep supporting growth, according to Bloomberg Intelligence analyst Mandeep Singh. “The company’s newer services, including Drive and Storefront, could help expand its merchant base beyond core food delivery into categories such as grocery, essentials and pharmacy.”

Customers placed 329 million orders in the first quarter, a 219 per cent increase, with the gross value of those orders at US$9.9 billion, the company said.