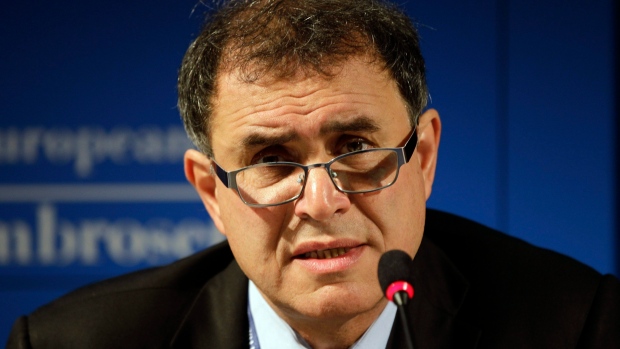 “Dr. Doom” isn’t mincing his words when it comes to the crypto boom and bust.

Nouriel Roubini of Roubini Macro Associates said bitcoin is the “biggest bubble in human history” and this “mother of all bubbles” is finally crashing, in an interview with Tom Keene and Francine Lacqua on Bloomberg Television. Bitcoin dropped below US$8,000 Friday, a 60 per cent tumble from its peak of US$19,511 on Dec. 18.

It isn’t just bitcoin, Roubini added. There are more than 1,300 cryptocurrencies or initial coin offerings, and “most of them are even worse” than the largest digital token. These constitute a “a bubble to the power of two or three,” he said.

Blockchain has “been around for 10 years, and the only application is cryptocurrencies, which is a scam,” the New York University economist added.

In another salvo aimed at crypto bulls, bitcoin is an “environmental disaster,” he said, citing its soaring energy costs.