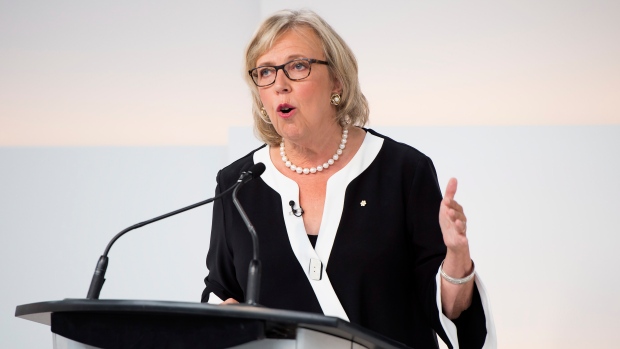 OTTAWA - Green party Leader Elizabeth May is reiterating a commitment that a Green government would "level the playing field" by implementing taxes on companies like Facebook and Netflix.

Speaking in Montreal, in an announcement about defending Quebec culture, May says large American tech companies have an unfair advantage when they operate in Canada.

The Green plan includes making sure companies charge GST as well as taxes on revenue, and the plan would also close loopholes around advertising taxes May says encourage digital advertising to the detriment of local media.

May says keeping web giants in check is part of a fight to protect Canadian and particularly Quebecois culture.

May would also give a veto power to Quebec over agreements that affect its culture.

She says the CBC should be funded to the same per-capita level as the BBC in the United Kingdom, and Radio-Canada must have enough funding to create quality broadcasting in Quebec and also reach francophones across Canada.