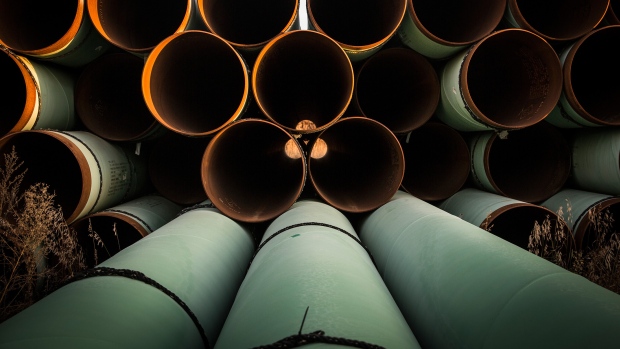 Enbridge Inc.’s (ENB:CT) Line 3 oil pipeline replacement and expansion project won’t face a challenge in front of the Minnesota Supreme Court from groups opposing it, removing one potential roadblock for the already-delayed proposal.

The court on Tuesday denied a petition for further review from the non-profit group Honor the Earth and the Mille Lacs Band of Ojibwe, who had been seeking to challenge the project’s approval by state regulators. The court also denied a similar request from Friends of the Headwaters.

The decision removes one possible obstacle for Line 3’s replacement and expansion, a key project for Canadian crude producers suffering from a lack of pipeline capacity. The proposal already had been set back by a year because of permitting issues, a delay that ultimately prompted the Canadian production hub of Alberta to extend its mandatory output cuts for a year to prevent a glut of oil from overwhelming the province.

Enbridge said the ruling will allow the Minnesota Public Utilities Commission to start addressing a deficiency that was found in the project’s environmental review, and the company is confident the regulator will soon provide guidance on the next steps in that process.

“Having clarity on the remaining process and schedule will allow us to start making real commitments with contractors, labor and other partners in local Minnesota communities who are eager to see the economic impacts,” Todd Nogier, an Enbridge spokesman, said in an emailed statement.

The roughly $9 billion (US$6.7 billion) Line 3 project would add 370,000 barrels of daily shipping capacity along a 1,031-mile route from the Alberta oil hub of Hardisty to Superior, Wisconsin.