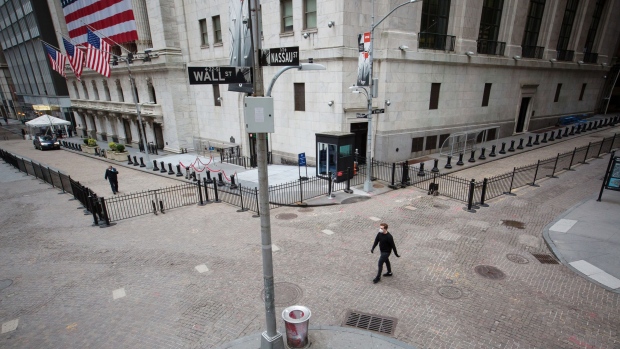 After hanging tough throughout this year’s historic market swings, long-term investors pulled the plug on ETFs last month as stocks rallied the most in three decades.

Those exchange-traded funds suffered an almost US$4.5 billion exodus in April -- the first monthly drawdown in six years and the most since at least 2013, according to data compiled by Bloomberg.

Nearly US$3 billion left the Vanguard S&P 500 ETF, or VOO, in the span as the U.S. equity benchmark soared more than 12 per cent. It was the first withdrawal for the US$133 billion fund since October.

During the furious sell-off in stocks last quarter amid the coronavirus pandemic, many retail buyers kept their faith in the market. As the S&P 500 bottomed on March 23, mom-and-pop darling VOO enjoyed three weeks of inflows. Since then, the trend has shifted -- with the fund seeing withdrawals week after week.

“The recent price recovery in VOO and other low-cost equity ETFs has provided them an opportunity to reduce their risk profile and take some profits if they are concerned that the impact of Covid-19 proves even larger,” said Todd Rosenbluth, the New York-based head of ETF and mutual fund research at CFRA. 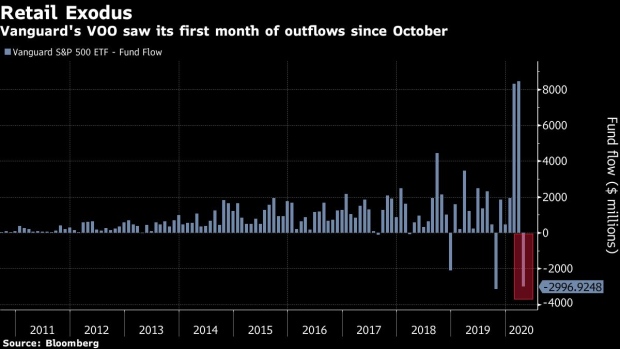 After the solid inflows, the recent withdrawals could also signal that ETF investors are rebalancing into bonds -- with some profit-taking, noted Eric Balchunas, an ETF analyst at Bloomberg Intelligence.

“Taking a little out of risk and putting into bonds would have been giving up if it were done mid-March,” he said. “Doing it now smells more like rebalancing either by models or advisers.”

--With assistance from Rachel Evans.