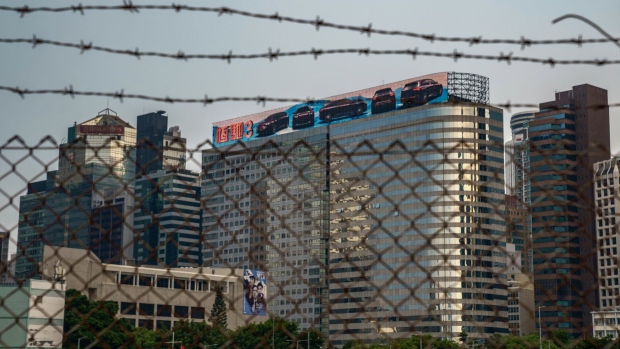 (Bloomberg) -- China Evergrande Group has agreed to sell stakes in its internet unit for a total of HK$3.25 billion ($418 million) to ease funding pressure.

The developer will sell 7% of Hong Kong-listed HengTen Networks Group Ltd. at HK$3.20 apiece to a unit of Tencent Holdings Ltd. for HK$2.07 billion, according to an exchange filing on Sunday. Evergrande also agreed to sell a 4% stake to an unidentified buyer for HK$1.18 billion.

Evergrande has resorted to offloading assets and spinoffs, as it tries to reassure investors about its financial heath and meet China’s so-called “Three Red Lines” requirements that curb developer debt ratios. So far it’s struggled with its stocks and bonds sinking last month. The world’s most indebted developer was downgraded by S&P Global Ratings and Fitch Ratings in recent days due to its weakening access to funds and liquidity position.

Prior to the transaction, the developer held a 37.55% stake in the company, while Tencent held 16.9%, according to disclosure of interests to the exchange. Evergrande’s stake will go down to 26.55% and Tencent’s holdings will increase to 23.9% after the sale, the filing showed.

HengTen’s shares are expected to resume trading on Aug. 2, the filing showed. Evergrande has agreed to provide a 5-year loan of HK$2.07 billion to HengTen to support its business development, the company added in the filing.

(Updates with more details from statement in final paragraph)