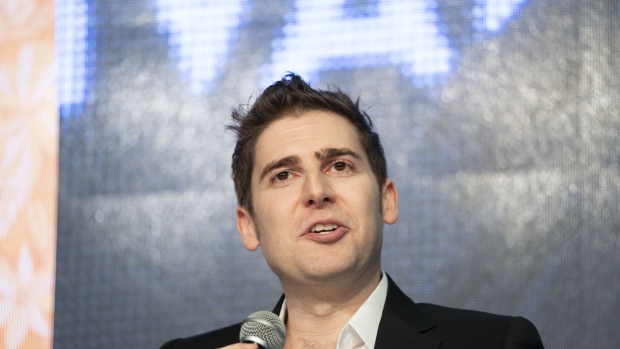 Saverin said in an interview that it’s important for the startups that his firm, B Capital, invests in to have an impact on society and to think beyond just their business models.

“Are we worried about what technology can do, both positive and negative? Of course,” he said.

Facebook -- in which Saverin still owns a stake worth nearly $12 billion, according to data compiled by Bloomberg -- has been defending its policies on hate speech as advertisers boycott the social media company and its peers in an attempt to push them to crack down on posts that divide and misinform.

“Facebook and these businesses and social media will try really hard to get it right,” Saverin said. “The spirit is to be value adding to the world.”

Saverin is open to investing in social media-related startups, particularly businesses that use chat applications to engage with their customers, he said.

Saverin founded B Capital about five years ago with Raj Ganguly, who used to work at private equity firm Bain Capital. The firm’s last fund raised $360 million in 2018.

B Capital invests in companies in enterprise software, health-care technology, financial technology and transportation and logistics. It has backed bill-pay service Plastiq Inc. and scooter company Bird. It typically invests between $10 million and $60 million in companies, although Ganguly said the check size can be anywhere from $100,000 to $100 million.

Saverin, who was born in Brazil and lives in Singapore, said B Capital looks to invest in companies whose technology is used in more than one region. It has offices in Singapore, New York, Los Angeles and San Francisco.

The firm’s chairman, Howard Morgan, said the firm had been doing virtual meetings long before the pandemic forced employees to connect over video conference. “We’ve been on Zoom since 2015,” Morgan said.

Morgan, who co-founded early stage venture capital firm, First Round Capital, said now is a good time to invest because prices are lower in an economic downturn -- and there could be more opportunities ahead.

“It takes about eight to 12 months for valuations to really start to come down,” he said.