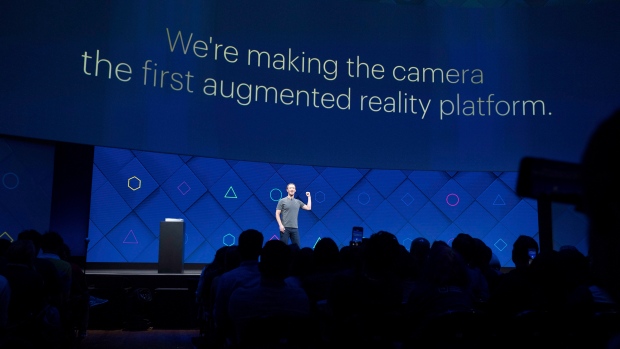 Facebook Inc. may have been slow to adapt to the mobile-device revolution, but an analysis of patents granted suggests the company is determined not to miss the next seismic digital shift.

The Menlo Park, California-based social media company won 64 per cent more patents in 2019 than in 2018, according to an analysis of figures from the U.S. Patent and Trademark Office by Fairview Research’s IFI Patent Claims Services. Facebook’s total of 989 patents last year was more than triple the amount it received just five years earlier -- it got 279 in 2014.

And while Facebook, which leaped 22 spots to No. 36 on the list, poses no imminent threat to International Business Machines Corp., whose record 9,262 patents made it the top recipient for the 27th year, Facebook was awarded more patents in 2019 than technology companies such as Royal Philips NV and Texas Instruments Inc.

The number of patents doesn’t necessarily mean that Facebook is the most innovative in any field, but it does illustrate where the company is spending its research dollars and expects to have some return on investment in the future.

The breadth of Facebook’s patent growth, said Larry Cady, a senior analyst with IFI, resembled that of intellectual-property heavyweights Amazon.com Inc. and Apple Inc., which were No. 9 and No. 7, respectively, with each winning more than twice as many patents as the social media titan. Facebook’s largest numbers were in categories typical of Internet-based computer companies -- data processing and digital transmission, for example -- but its areas of greatest growth were in more novel categories that may suggest where the company sees its future.

Facebook’s 169 patents in the Optical Elements category marked a nearly six-fold jump. Most of that growth stems from the Heads-Up Displays sub-category, which Cady said probably is related to virtual-reality headsets. Facebook owns the VR company Oculus and in November acquired the Prague-based gaming studio behind the popular Beat Saber game. One such patent, granted Nov. 5, is titled “Compact head-mounted display for artificial reality.”

“I think it’s safe to say that their priorities in headsets are very serious,” Cady said. “It is a major focus of their R&D.”

The company first cracked the Intellectual Property Owners Association’s list of the Top 300 organizations granted U.S. patents in 2013, when it got 127 patents.

When companies shifted to mobile devices around 2010, Facebook didn’t adjust to the new medium as quickly as it should have, CEO Mark Zuckerberg has often said. Facebook will avoid making the same mistake by investing heavily in what he sees as the next major computing platform after mobile: augmented reality, which overlays technology on a view of the real world. The company has completed several acquisitions and hired hundreds of people to research and build tools for that future.

Ha Thai, a Facebook spokeswoman, on Tuesday said the company is “investing significantly in AR, VR and home hardware products.”

“At some point in the 2020s, we will get breakthrough augmented reality glasses that will redefine our relationship with technology,” Zuckerberg said in a post on Facebook this month. “Even though some of the early devices seem clunky, I think these will be the most human and social technology platforms anyone has built yet.”