Facebook's new digital coin to take crypto to the masses

Facebook Inc.’s (FB.O) decision to create its own digital money –- with the grandiose ambition of establishing an alternative global financial system –- is jumpstarting a long simmering debate in Washington over how to regulate cryptocurrency.

For years, U.S. regulators and lawmakers have bickered over how to tackle the thorny issues surrounding the emergence of cryptocurrencies, like protecting consumers and preventing crime. But the entry of a big and controversial company like Facebook could force their hand.

At least six federal agencies that have some say in cryptocurrency oversight could slow, or even derail, Facebook’s plans, former regulators said. The company is already under the spotlight for a series of policy stumbles and scandals that have many lawmakers itching for a fight. Among Facebook’s missteps are major data breaches and letting Russians hijack its platform during the 2016 election to push President Donald Trump’s candidacy. 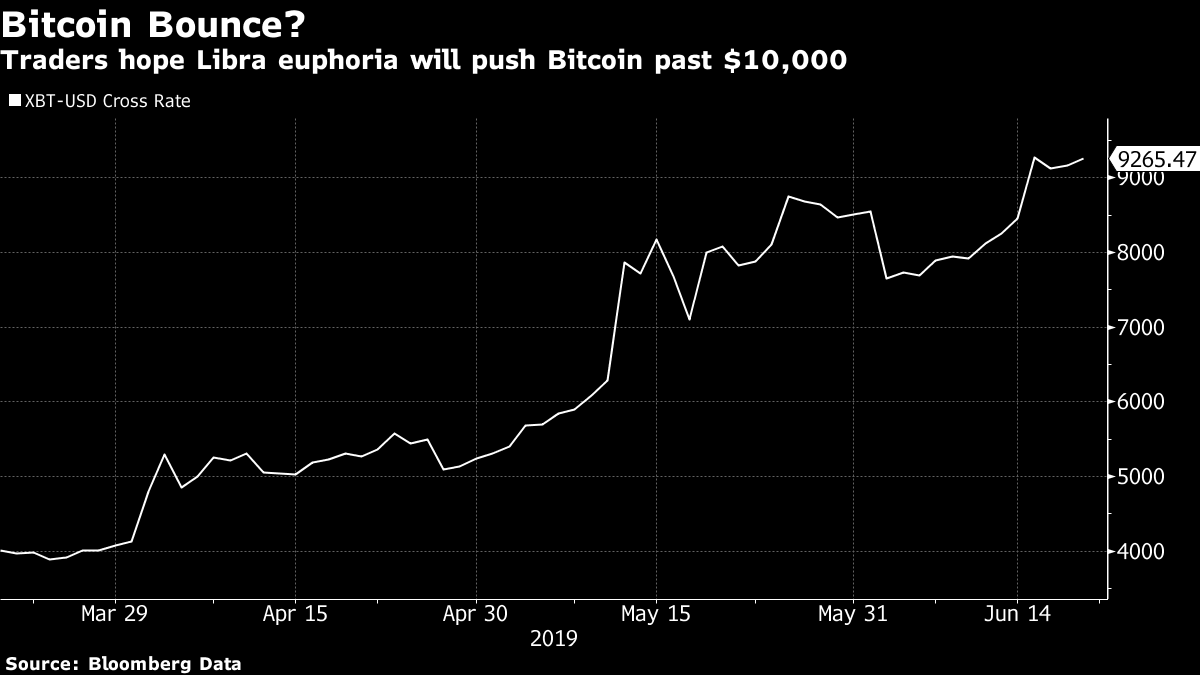 “Facebook is going to get whacked a number of different ways,’’ predicted Patrick McCarty, a former Commodity Futures Trading Commission official who teaches a class on cryptocurrencies at Georgetown University’s law school and lobbies on the issue. “The company went into another area that many in Congress are very skeptical about. It’s like they are doubling down on hot button issues.”

A number of Democrats on Capitol Hill swiftly criticized Facebook’s Tuesday announcement and called for additional scrutiny of the technology company. Representative Maxine Waters, the chairwoman of the House Financial Services Committee, said she would conduct hearings on the crypto plans, and demanded that Facebook hit the pause button “until Congress and regulators have the opportunity to examine these issues and take action.”

The Senate Banking Committee, led by Republican Chairman Mike Crapo, plans to hold a hearing next month. In its Wednesday announcement, the panel said the hearing would focus at least partly on privacy issues, showing lawmakers’ skepticism that Facebook can protect its users’ financial information.

Facebook, in a statement responding to the congressional outcry, said the company would address lawmakers’ concerns. And David Marcus, the Facebook executive leading the company’s cryptocurrency efforts, told Bloomberg last week that he has been in touch with regulators and central banks in multiple countries. 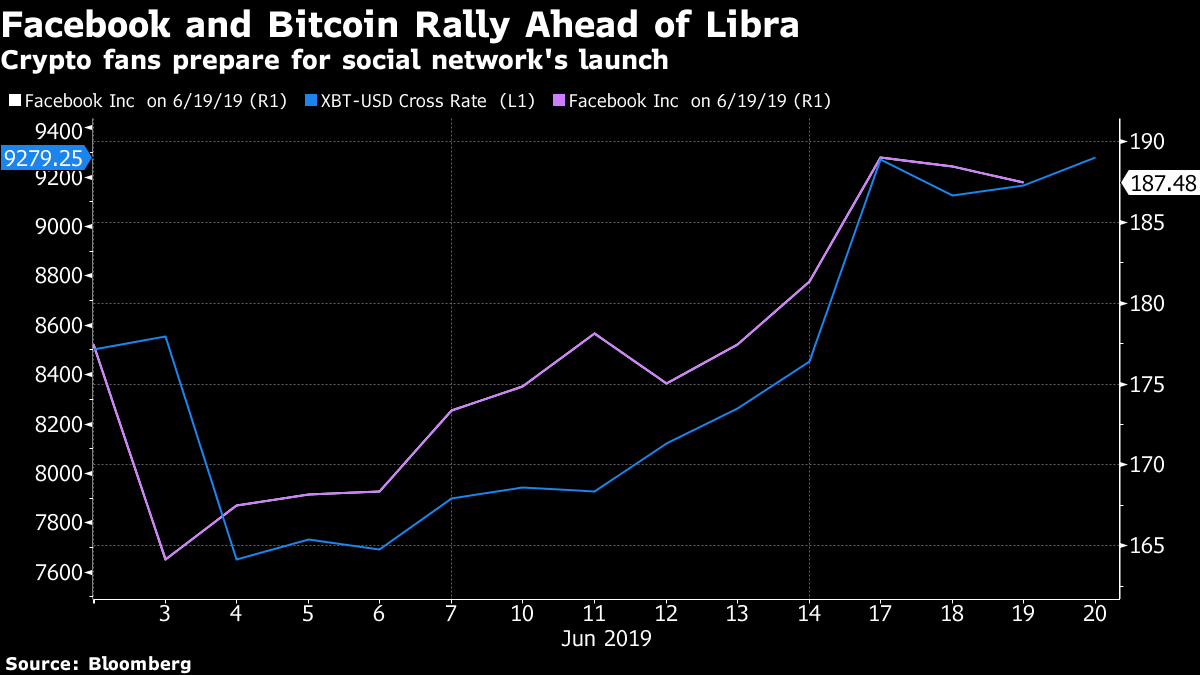 Despite the Bitcoin investment craze and a series of fraudulent initial coin offerings, Congress has not moved to pass legislation setting out an approach for dealing with the industry. That has left regulators like the Securities and Exchange Commission, the Federal Reserve, the CFTC and parts of the Treasury Department to sort it out among themselves.

Traditionally, Silicon Valley companies have tried to remain far below Washington’s radar until they were too large to ignore, a tactic aided by their physical distance on the West Coast as well as a lack of technological understanding by many policy makers.

Facebook is now long past that point, and it has been stepping up its lobbying efforts as it faces a slew of regulatory investigations and potential antitrust scrutiny. Senators Bernie Sanders and Elizabeth Warren are among the 2020 Democratic presidential contenders who have argued that the company should be broken up because it has too much power over many aspects of people’s lives.

In a 12-page white paper detailing Facebook’s plans, the company and its partners described launching “a simple global currency and financial infrastructure that empowers billions of people” by next year.

The token will be called Libra and built on a new Blockchain infrastructure accessible from anywhere in the world. The companies have set up a non-profit organization in Switzerland to govern the payment network and hold a reserve of bank deposits and short-term government securities that will back the coin.

The goal is for Libra to maintain a stable value, so that consumers feel comfortable using it to buy things. Bitcoin, with its wild volatility, has never achieved that status.

Indeed, Facebook took pains to describe Libra as a method of payment rather than a speculative financial instrument like most digital coins. The company said that the currency would allow people to use their mobile phones to send money cheaply anywhere in the world.

What’s unclear from the paper, however, is what kind of government oversight the cryptocurrency will have.

That’s been a particularly sensitive topic in Washington, where policy makers have failed to agree on an overarching policy for regulating virtual money. That grey area has allowed many coins to flourish but also has enabled fraud and other criminal activity like money laundering.

Many government officials aren’t even sure how cryptocurrencies should be classified under the law and which agency might be responsible for them. Are they securities? Are they commodities? Are they just a newfangled form of cash?

Some have argued that digital coins should be monitored by the SEC because they often trade on exchange-like platforms and in some ways act like stocks. Others have pushed for the CFTC to oversee the products because they resemble currencies that underlie some futures products. Much of that jurisdiction would be in cases of fraud or manipulation rather than actually regulating the markets.

The Federal Trade Commission, which has some oversight of tech companies, could make the argument that it should regulate cryptocurrencies, lawyers who work on the issue said. The Federal Bureau of Investigation and the Internal Revenue Service also claim some jurisdiction.

Bank regulators, while not a primary cryptocurrency watchdog, have been involved in digital currency policy talks. Fed Chairman Jerome Powell told reporters on Wednesday that the central bank was one of a number of regulators that Facebook consulted before revealing its plans for Libra.

Some cryptocurrency trading platforms operate as money services businesses, like PayPal or Western Union. Those firms have to register with the Financial Crimes Enforcement Network, an arm of the Treasury Department that combats money laundering, and also in the states where they operate.

Still, with a behemoth like Facebook getting in the game, former regulators said the federal government may have to come up with a better system than the current patchwork of oversight.

“Those issues might be really put to the test,” said Gary Goldsholle, a partner at Steptoe & Johnson in Washington who previously worked on digital token issues at the SEC.

--With assistance from Julie Verhage and Austin Weinstein.