U.S. President Donald Trump is cheesed about Canada’s dairy industry, blasting it along with the energy and timber sectors as being unfair to Americans. In remarks delivered Thursda after signing an executive order to clamp down on steel dumping, Trump promised action on the files within the next two weeks, and took a swipe at Canada’s supply-management protected dairy farmers.

“Canada, what they've done to our dairy farm workers is a disgrace,” he said. “Our farmers in Wisconsin and New York State are being put out of business, our dairy farmers.  And that also includes what’s happening along our northern border states with Canada, having to do with lumber and timber.”

Trump’s ire appears to have been piqued by Canadian producers lowering prices on ultra-filtered milk, a protein byproduct left over from the production of high-fat products like butter. What his anger fails to reflect, however, is that the United States has a significant and widening dairy trade surplus with Canada, reaching nearly $450 million in 2016 from just $85 million a decade earlier, according to Statistics Canada. 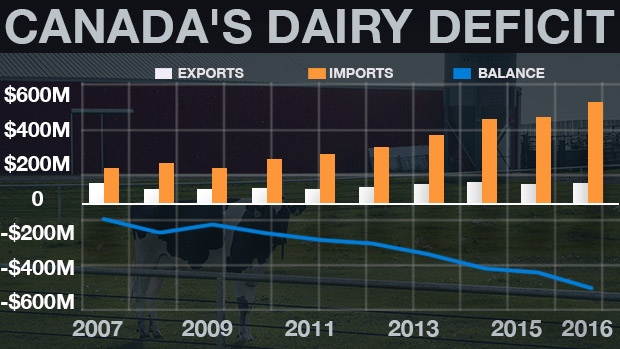 In an interview on BNN, MAAW Law trade lawyer Mark Warner said Canadians shouldn’t be surprised the issue landed in Trump’s crosshairs, given it was triggered by actions on this side of the border.

“Americans of all stripes have had long-standing issues with our supply management, and we actually did a tweak on the dairy [policy] last year and this year which affected some of these exports of unfiltered milk into Canada,” he said. “This is kind of like waving a red flag at a bull, the tweak we did with the unfiltered milk: it was almost destined to draw a response.” 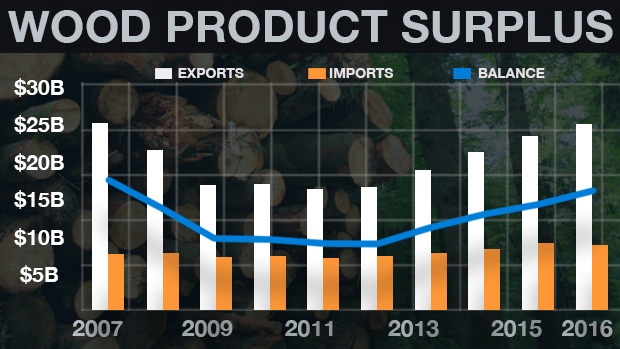 Perhaps more problematic for Canada is if Trump threatens wholesale changes that impact the lumber sector. Canada carries a near $16-billion surplus when it comes to the exchange of goods from the forestry and logging, wood product manufacturing and paper manufacturing industries, according to data obtained from Statistics Canada and the U.S. Census Bureau. The file has long been a contentious one, with Canada largely fending off NAFTA challenges launched by the United States alleging Parliament Hill’s policies essentially act as a subsidy for domestic producers. 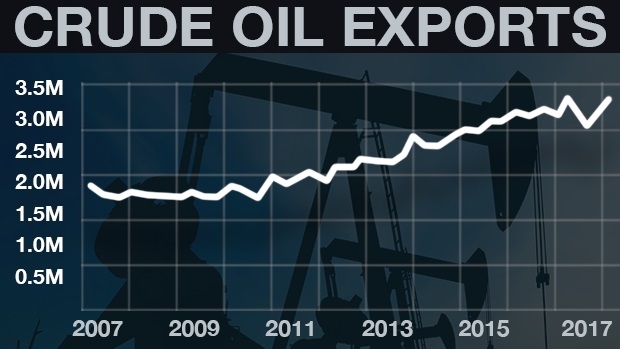 Trump’s stance on Canadian energy exports has also been muddied during his short tenure in the White House.  The U.S. President decried the lack of domestic energy independence while simultaneously giving the green light to TransCanada’s Keystone XL. All but a fraction of Canada’s 3.2 million barrels per day crude of export volume heads to the United States, a figure that has been rising quickly over the past decade and would be bolstered by Keystone’s additional capacity.

Canadians apparently won’t have to wait long to find out exactly how Trump plans to change the two nations' trading relationship, as the U.S. President pledged to make negotiations a priority.

“We’re going to have to get to the negotiating table with Canada very, very quickly,” Trump said. “This is another NAFTA disaster, and we’re not going to let it continue onward.”