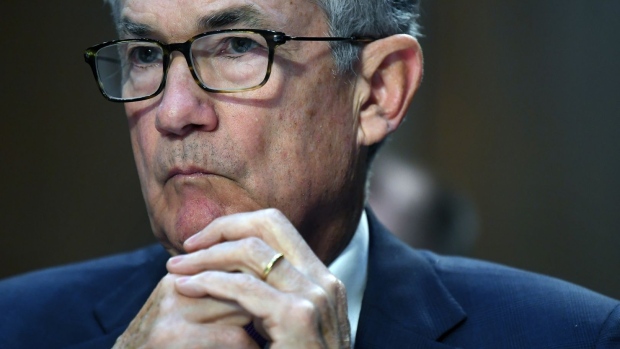 (Bloomberg) -- U.S. Federal Reserve Chair Jerome Powell said that he was unable to disclose further details on the trading activity of Robert Kaplan, former president of the Dallas Fed who resigned last year, and that the matter is in the hands of the board’s inspector general.

“We don’t have that information at the board and I asked the Inspector General to do an investigation and that is out of my hands,” Powell told reporters at a virtual press conference on Wednesday following a meeting of the policy-setting Federal Open Market Committee. “I play no role in it and I seek to play no role in it. I can’t help you here today on this issue. I’m sorry I can’t.”

Kaplan resigned last year following revelations about unusual trading activity during 2020 as the central bank fought to protect the U.S. economy from Covid-19. His financial disclosures showed multiple transactions worth millions of dollars, but lacked full details of when all the trades were made.

Fed officials are supposed to avoid trading on dates around policy decisions. The central bank took a number of aggressive steps during 2020 to calm market panic and keep credit flowing to businesses.

Powell has asked the central bank’s internal watchdog to investigate the trading activity of senior officials.

Revelations about the Dallas Fed chief’s trading activity were part of an embarrassing ethics scandal that led to the early departure of three of its top officials.

On the same day that Kaplan announced his departure, Boston Fed chief Eric Rosengren said he would be stepping down early -- citing health reasons -- after revelations about his investments.

Fed Vice Chair Richard Clarida departed earlier this month, two weeks before the end of his term, following reports that he had sold at least $1 million of shares in a U.S. stock fund in February 2020 before buying a similar amount of the same fund a few days later.