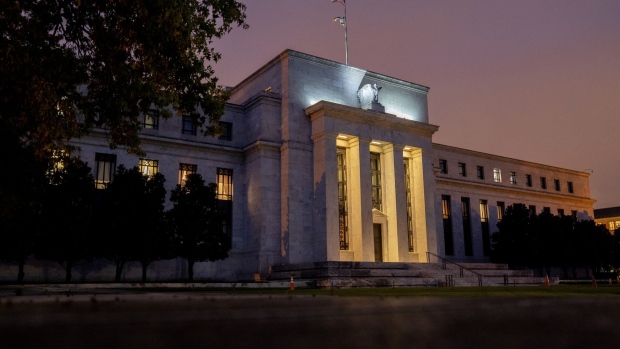 (Bloomberg) -- A senior Federal Reserve economist has slammed the profession for relying on propositions “that ‘everyone knows’ to be true, but that are actually arrant nonsense,” including the role of inflation expectations.

In a discussion paper posted on the Fed Board’s website Friday, Jeremy Rudd argued that ideas including using aggregate production functions to provide a good way to characterize the economy’s supply side don’t have “any sort of empirical foundation.”

He noted it was a source of concern if “dubious but widely held theories” led to consequential policy decisions, adding in a footnote: “I leave aside the deeper concern that the primary role of mainstream economics in our society is to provide an apologetics for a criminally oppressive, unsustainable, and unjust social order.”

The Fed, in common with other central banks mandated to pursue stable prices, has made inflation expectations a critical tool in assessing the inflation outlook.

Fed officials meeting earlier this week held interest rates near zero, though forecasts revealed a growing inclination to raise them next year, with 9 of 18 officials penciling in liftoff in 2022.

Rudd said this is “unnecessary because an alternative explanation exists that is equally if not more plausible, and unsound because invoking an expectations channel has no compelling theoretical or empirical basis and could potentially result in serious policy errors.”

Rudd, who received his Ph.D in economics from Princeton, is a senior adviser at the Fed Board’s research and statistics division. He has served at the U.S. central bank since 1999.

The paper carried the Fed’s standard disclaimer that such material is circulated to stimulate discussion and critical comment: “The analysis and conclusions set forth are those of the authors and do not indicate concurrence by other members of the research staff or the board of governors.”