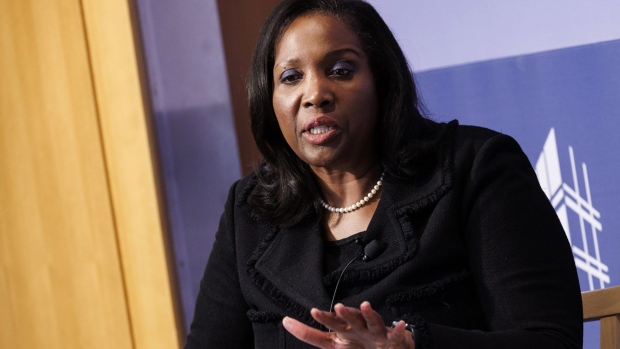 (Bloomberg) -- Federal Reserve Governor Lisa Cook said it would be prudent for the US central bank to make smaller interest-rate moves as it determines how high it will need to go to tame price gains, while the ultimate level will depend on progress with curbing inflation.

“What policy rate is sufficiently restrictive we will only learn over time by watching how the economy evolves. Given the tightening already in the pipeline, I am mindful that monetary policy works with long lags,” Cook said Wednesday in remarks prepared for an event with the Detroit Economic Club. “Thus, as we get closer to that uncertain destination, it would be prudent to move in smaller steps.”

Fed officials are rapidly raising interest rates to tame the strongest inflation in 40 years. After four straight rate increases of 75 basis points each, officials at the US central bank are expected to moderate the scale of their moves when they meet again in mid-December.

But policymakers are also signaling that they may need to take rates higher than they expected when they submitted forecasts in September to counter stronger growth, a resilient labor market and more persistent inflation.

Cook said officials will figure out the final level for rates by watching economic data. She made it clear that inflation is still too high and officials will not relent in their fight.

“How far we go, and how long we keep rates restrictive, will depend on observed progress in bringing down inflation,” Cook said. “But rest assured, we will keep at it until the job is done.”

Investors now expect the Fed to lift rates by a half point at its Dec. 13-14 meeting and for interest rates to peak at about 5% next year, according to pricing of contracts in futures markets.

Fed Chair Jerome Powell is expected to cement those market expectations when he speaks later on Wednesday during an event with the Brookings Institution in Washington.