Bank of Canada to hold on rates into 2020, TD says

​Unlike his Federal Reserve counterpart, Stephen Poloz doesn’t have Donald Trump breathing down his neck. But there’s still no getting away from the U.S. president.

The Bank of Canada governor has been pulled in different directions by the policy swings next door. Trump’s fiscal expansion tugged interest rates higher in Canada, given their close economic ties. His penchant for trade fights has had the opposite effect -- casting a shadow over growth prospects, and prompting Poloz to rethink the merits of higher borrowing costs.

In all, Trump has injected enough turmoil into the global economy that he’s become probably the main source of unknowable risk for Canadian policy makers. But hardly the only one. And in a way, that plays to Poloz’s strengths. He’s spent six years trying to integrate exactly this sort of uncertainty into central bank frameworks. He’s an innovator in the field and is acknowledged as such by his Group of Seven peers.

The approach involves a different –- in some ways, diminished -– role for central bankers. During Alan Greenspan’s reign at the Fed, they were sometimes viewed as all-knowing maestros. In the decade before 2008, their models were touted as providing scientific answers to core problems in economics.

Poloz, reflecting on the shifts in a series of interviews in recent months, says central bankers need to be astute observers of the economy who combine technical knowhow with intuitive judgment. They also need plenty of humility.

For many of them, the mission has been to get interest rates back up toward historically normal levels. That case has always been stronger in Canada, which has been the fastest-growing G-7 economy since the last recession. But the effort is now hitting trouble everywhere. 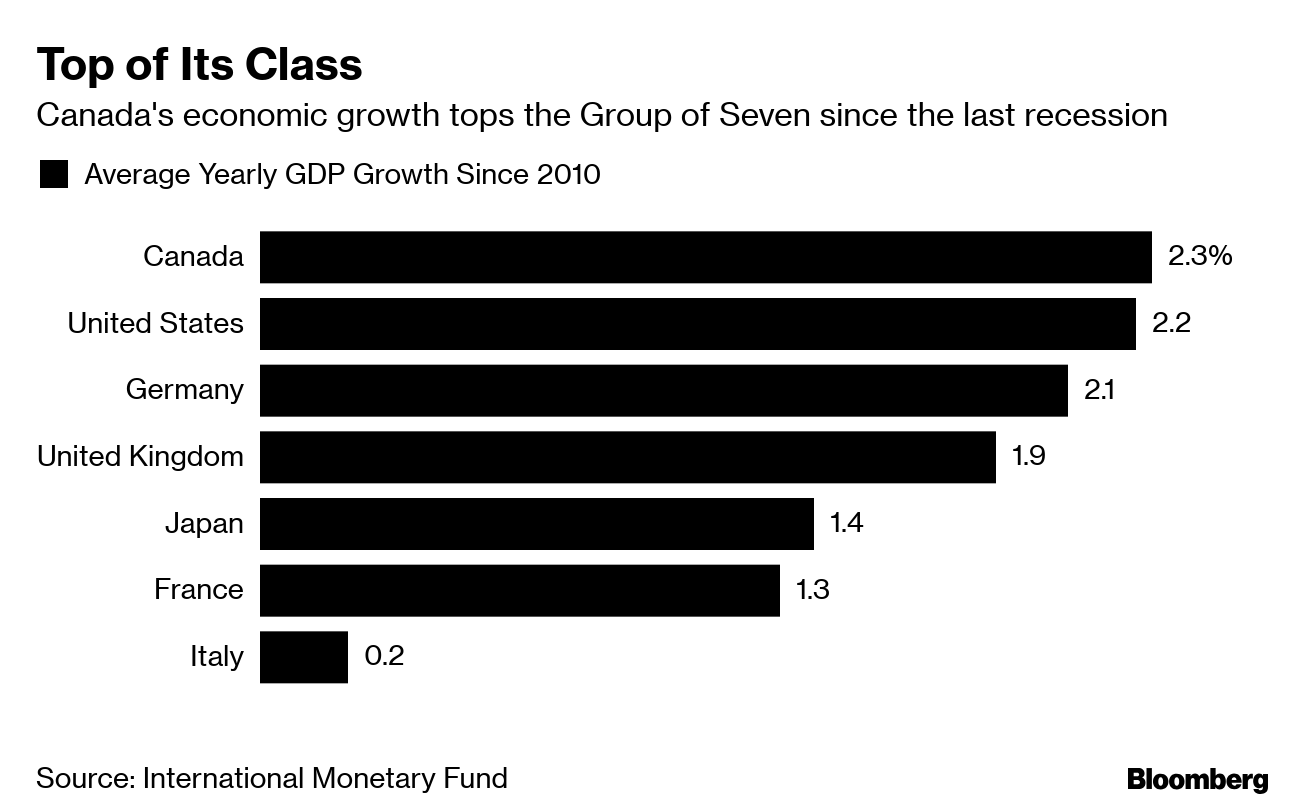 Poloz says central bankers need to ride out the current wave of uncertainty by making sure they don’t thwart expansions with overly zealous policies. They should stick with inflation as the main anchor -– but take a pro-growth stand so long as it’s at bay.

“We’ve got to be cautious until we see more evidence that we’re on the right track,’’ he said in a November interview. It’s what many central banks are in fact doing, sometimes in defiance of what their models tell them. Poloz said that’s why “interest rates everywhere are staying lower than they otherwise would be.’’

The word Poloz uses to describe his approach is realism. “More of the practical end of things,’’ he said, citing the importance of listening to businesses and the public about what’s happening on the ground. “I’m not going to make policy based on a forecast unless I can see the ingredients emerging as expected.’’

Not everyone is fully bought into this view. One critique is that when officials emphasize uncertainty in the economy, it translates into blurry analysis that leaves too much to the discretion of central bankers. That makes it hard for investors to form expectations, and can create unnecessary volatility.

It’s a serious concern, highlighted by recent turmoil in global markets –- which was a setback for efforts by policy makers to get rates back to normal, and a reminder of how far they still have to go in shoring up confidence among investors and the public.

Poloz dismisses criticism he’s been erratic. But he’s taken to heart the idea that central banks do need to formalize their policy thinking, to help fill the communication gaps.

He adopted a risk management strategy in 2013 -- essentially moving the focus away from pinpoint forecasts, and spending more time thinking about what could produce unexpected deviations. Fed Chair Jerome Powell picked up the idea last year in his Jackson Hole speech.

Other innovations have included improving models to take into account new features of the economy -- such as high levels of household debt -- and putting more weight on anecdotal evidence to corroborate what the models say.

Poloz has also made the case for a bigger role for fiscal policy and financial regulation in managing the economy -- which would lift some of the burden off monetary policy. “We’ve come to realize that interest rates aren’t the tool to do all that,’’ he said.

That implies limits to a central bank’s ability to spur growth too. Expansiosomens can’t rely on stimulus forever, and overheating economies will fuel inflation. Which is why he began to raise interest rates in 2017 -– and sticks to his view that they’ll eventually rise some more. 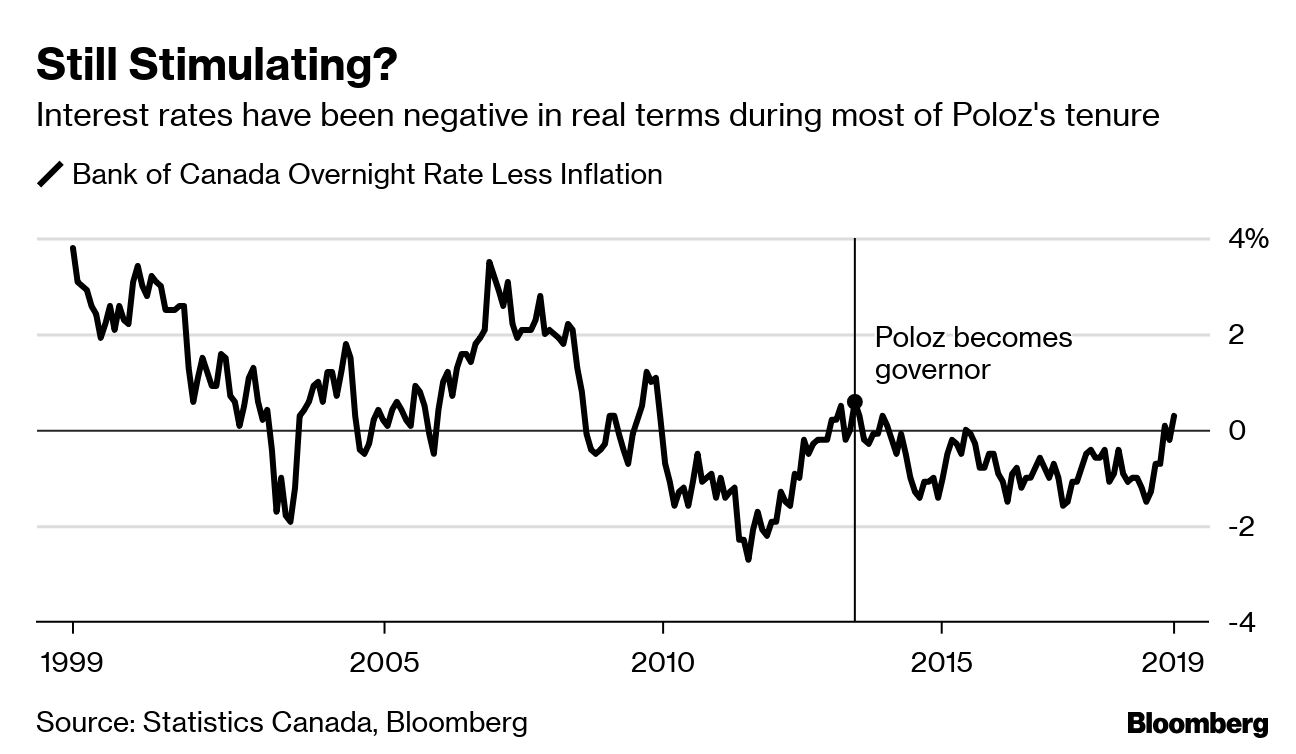 The uncertainties Poloz is dealing with extend beyond what’s likely to happen next in the world: they encompass the basics of economic theory, increasingly subject to debate.

But he likes to remind people that these challenges are situational. Eventually, the models will get recalibrated as economies complete their adjustment after the Great Recession, and more data comes in to shore up confidence among policy makers about the scope for economies to cope with higher interest rates.

“They haven’t taken away the law of economics,’’ Poloz said.