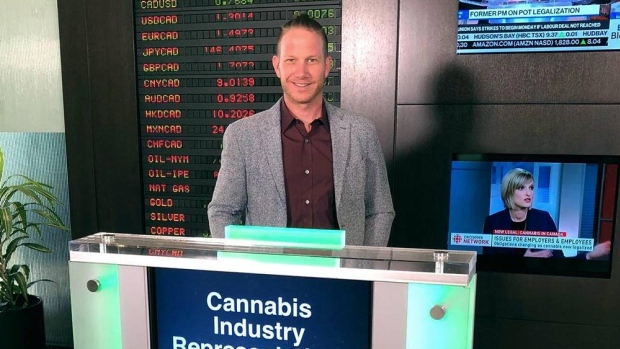 Sean Dollinger, the co-founder of Namaste Technologies Inc. who was fired just weeks ago, is returning to the Toronto-based cannabis e-commerce firm as a senior advisor after reaching a settlement with the company.

Dollinger was abruptly ousted as chief executive and removed from Namaste’s board of directors earlier this month after an internal investigation identified alleged breaches of fiduciary duty and self-dealing related to the sale of its U.S. division, Dollinger Enterprises US Inc., in 2017.

At the time of Dollinger’s firing, Namaste also said it planned to commence legal action against the co-founder and added that it was launching a strategic review process to examine options, including a potential sale. In response, Dollinger commenced legal action of his own against Namaste to stop his termination unless a “proper process” was followed.

On Tuesday, Namaste said in a release that Dollinger has withdrawn the legal action and that interim CEO Meni Morim will remain at the helm of the company.

"The events of the past few weeks have been difficult for everyone involved, but we are pleased to have reached a mutually agreed upon settlement that puts the interests of Namaste and our shareholders first," said Morim in a release.

In a separate release, Dollinger said that he and Namaste were “able to put aside our differences.”

“The last few weeks have been challenging for me personally and professionally and the terms of the agreement will allow me to continue working at the company in a senior advisory role,” Dollinger said. “During my advisory period, I will focus on providing resources and skills that will contribute to the future success of the company and its new management team.

Shares in Namaste were up 5.61 per cent to $1.13 as of 9:47 a.m. ET Tuesday on the TSX Venture Exchange. The company’s stock plunged as much as 26 per cent in the week that Dollinger was fired.