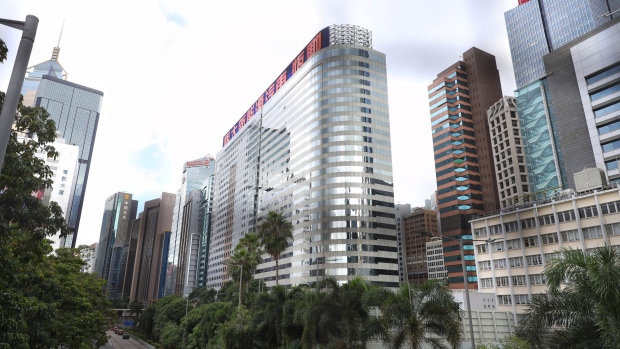 The China Evergrande Centre, center, in the Wan Chai area of Hong Kong, China, on Monday, Sept. 20, 2021. China Evergrande Group bondholders are about to find out if the property giant's liquidity crisis is as dire as it appears with interest payments on two notes due Sept. 23. , Bloomberg

Tesla Inc.’s Elon Musk led the declines as his world-leading net worth fell $7.2 billion to $198 billion, according to the Bloomberg Billionaires Index. No. 2 Jeff Bezos, the founder of Seattle-based Amazon.com Inc., lost $5.6 billion, paring his fortune to $194.2 billion.

Evergrande founder and Chairman Hui Ka Yan continued his precipitous drop in Bloomberg’s wealth ranking as the company’s shares fell to their lowest in a decade. His fortune now stands at $7.3 billion, down from a peak of $42 billion in 2017.

Colin Huang, the founder of e-commerce platform Pinduoduo Inc., has lost $29.4 billion this year, more than anyone else in China, including $2.3 billion on Monday.