Canada’s energy sector has taken a hit in recent months as the price of Canadian heavy oil hit record lows and lack of pipeline capacity took its toll, leading major oil and gas companies to cut their 2019 production forecasts and some economists to warn about the possibility of layoffs in the coming year.

It wouldn’t be the first time in recent memory the province has suffered layoffs – weak oil prices led to record job losses in 2015. The effects of the ongoing turmoil were highlighted in a recent report from the Office of the Superintendent of Bankruptcy of Canada, which revealed insolvency filings in Alberta were the highest of any province in the latter part of 2018, rising 16 per cent in October and November.

Below, BNN Bloomberg speaks to four laid-off Albertans about how they’ve fared in a battered sector and how the industry’s latest woes could hinder their prospects even further.

Answers have been edited and condensed for the sake of brevity. 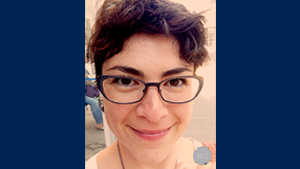 At 23, Herrera Clavijo moved to Canada from Mexico after being hired by Schlumberger NV in Grande Prairie, Alta. as a field engineer, where she worked for just over one year.

She was laid off in August 2018 from her last full-time position in the oil and gas industry at  Bankers Petroleum Ltd., where she worked for seven years. Layoffs at the company started happening after it was bought by a Chinese oil exploration and production firm called Geo-Jade Petroleum.

“Frustration and hopelessness now have us looking to leave Canada,” Herrera Clavijo said.

Herrera Clavijo took a low-paying job at Shawcor Ltd. in October 2018. But the project she was hired to work on only lasted a week.

She received a severance package from her last job that runs out in March. At that point, Herrera Clavijo will begin collecting employment insurance, which she says won’t cover her mortgage.

“My biggest challenge has been to accept that the government of Canada doesn’t care about the situation of the oil and gas workers that lost their jobs and that the people with jobs ignores the situation.”

Herrera Clavijo said she would like to see the government set up programs to capture the intellectual talent from the oil and gas sector, and mandate or encourage other industries to hire workers from the field first.

“The sooner these people are employed, the more taxes that will be collected for government programs,” she said. 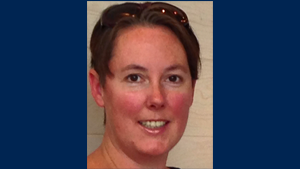 Thomson began her career in oil and gas at Enerplus in 1999, where she worked for four years. She most recently worked as a geophysicist in Calgary, for Taqa North, an Abu Dhabi-based oil and gas company but was laid off in February 2015.

"I wasn't really sad, I wasn't really shocked, because I'd been laid off a couple of times, because it's oil and gas,” Thomson said. “I had told [my colleagues] I expected to be working again by May –  and that was four years ago. The more I looked for jobs, the more people were getting laid off, so it was just horrifying to be watching and to be thinking: I am never going to get a job.”

Thomson is taking the Canadian Securities Course as her hopes for landing another job as a geophysicist have faded. Since she was laid off, Thomson has worked various contract jobs in the tax industry.

“Money,” Thomson said. While her husband has full-time employment, Thomson said it’s not necessarily enough to cover all of their expenses.

"I'm happy with [Alberta Premier Rachel Notley] and what she's been able to do,” Thomson said. “I'm really disappointed in our federal government – and I lean pretty far left. But I recognize the environment and the oil and gas industry can work together, and that message needs to get out there.”

How the energy crisis will shape Alberta's election

As a tough year for the oil patch comes to a close, the problems facing the sector are expected to be a central issue in Alberta's upcoming provincial election. BNN Bloomberg's Western Correspondent Tara Weber reports.

Location: Victoria, B.C. (Bohdan moved from Calgary in 2016 after living there for 44 years)

Bohdan began working in the oil and gas industry in 1971 and was laid off from his job as a senior drilling engineer for WesternZagros Resources in Calgary and Kurdistan three years ago.

“It was mostly a shock,” Bohdan said about being let go. He has since been actively seeking employment with “zero results.”

Bohdan added that while he hasn’t had to file for government assistance, he is closely approaching insolvency.

Where he is now

In early 2018, Bohdan started working as a part-time handyman in Victoria, averaging an income of $800 per month.

With his savings diminishing, Bohdan said his biggest challenge is “trying to carry on a reasonable existence.”

Bohdan said he wants the government to start acting for the benefit of all Canadians.

“Back in the 1960s, the government ensured that power lines and pipelines were built as needed, without drawn-out consultations with special interest groups,” he said. “Landowners were treated fairly. Now, the economy-building parts of the country are being handcuffed to the point of inaction. Everyone suffers economically under these conditions.” 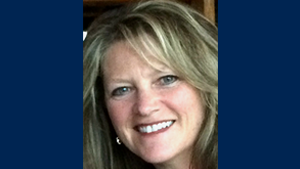 Benner got her first job in the energy industry straight out of high school in 1978 at Pacific Petroleum, working as a clerk in the geophysical file room. Most recently, she was a senior geophysical technologist and also worked in data management at Crescent Point Energy until she was laid off in 2016.

“I was the most senior of the three technologists and they were letting senior people go,” she said. “So I knew it was a possibility. But I was still shocked as what I was dreading had happened. I loved it there and planned on retiring there. So it was devastating for me.”

Benner got a job as a driver for a client-relations company seven months after she was laid off. She worked there until this past September when she lost her position amid restructuring at the company. She has since applied for several jobs including many entry-level positions and hasn’t gotten one interview. Benner is on employment insurance, but said it’s not enough to cover everything.

“I have been out of work since September, but never recovered financially from the first [job loss] as there have been other job losses in the home,” she said.

Benner said age discrimination is one of the biggest challenges she faces in the hunt for work.

“Because I was so specialized in oil and gas and with an over three-decade career, there is the mindset that this job is beneath you and that you will just leave when and if things turn around,” she said. “Who's to say I won't stay and reinvent myself? I have plenty of working years left in me.”

“I want a government that is tough, and makes things happen – not [one that] sits on a fence and tells us they ‘feel our pain’ and throws us a temporary bone,” she said. “This could all go away if two pipelines would go through. It’s that simple.”