An increasing number of Canadians can’t meet their financial obligations, another sign rising borrowing costs are taking a toll on household balance sheets.

The number of consumers seeking debt relief jumped 5.1 per cent to 11,320 in November from a year earlier, the Ottawa-based Office of the Superintendent of Bankruptcy reported on Jan. 4. October and November combined saw 22,961 consumer insolvency filings, the most for those two months since at least 2011.

It’s a worrying sign for an economy that has relied so heavily on consumer spending and the housing market to drive growth. The Bank of Canada has lifted its key lending rate five times since mid-2017. Policy makers, who meet this week to determine their next move, are closely monitoring the impact of higher borrowing costs on the economy. 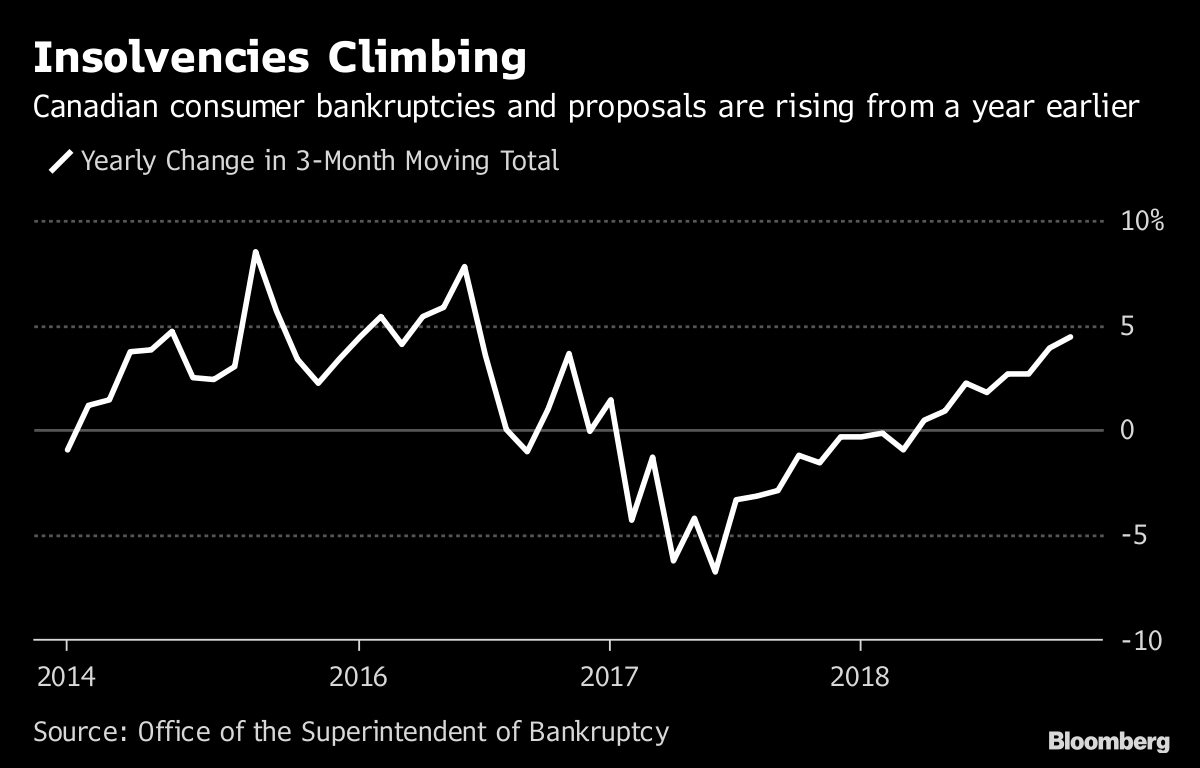 “We’re seeing a bump, and in some provinces that bump is significant,” David Lewis, a board member at the Canadian Association of Insolvency and Restructuring Professionals, said by phone from Edmonton. Lewis blamed economic uncertainty, rising interest rates and softening housing prices.

On a year-over-year basis, filings during the two months were up in every province except Prince Edward Island, which was unchanged, according to the OSB data. Alberta was the hardest hit, with insolvencies rising 16 per cent.

Hoyes, Michalos & Associates Inc. estimates consumer filings in Ontario rose 1 per cent in 2018, after declining for eight straight years. In a statement on its website, the insolvency firm predicts filings in the nation’s most-populous province will increase by “a minimum” of 2 per cent to 5 per cent in 2019, and may jump as much as 8 per cent “if interest rates continue to rise and housing prices fall,” though even at that rate total insolvencies would still be well below the 2009 peak.

About 66 per cent of Ontario insolvencies in November were consumer proposals, which is the highest share on record, and may indicate trouble to come, according to Ted Michalos, a licensed insolvency trustee and co-founder of the firm. In a proposal, the debtor agrees with creditors to pay a proportion of what’s owed and is allowed to keep their assets, versus bankruptcies, where debts are written off but assets are usually forfeited, with the exception of certain provincial exemptions.

“Increased proposal filings may represent the tip of the wave,” Michalos said by email. “The people that want to be pro-active file first, the rest of the folks that are in trouble are still to follow.” 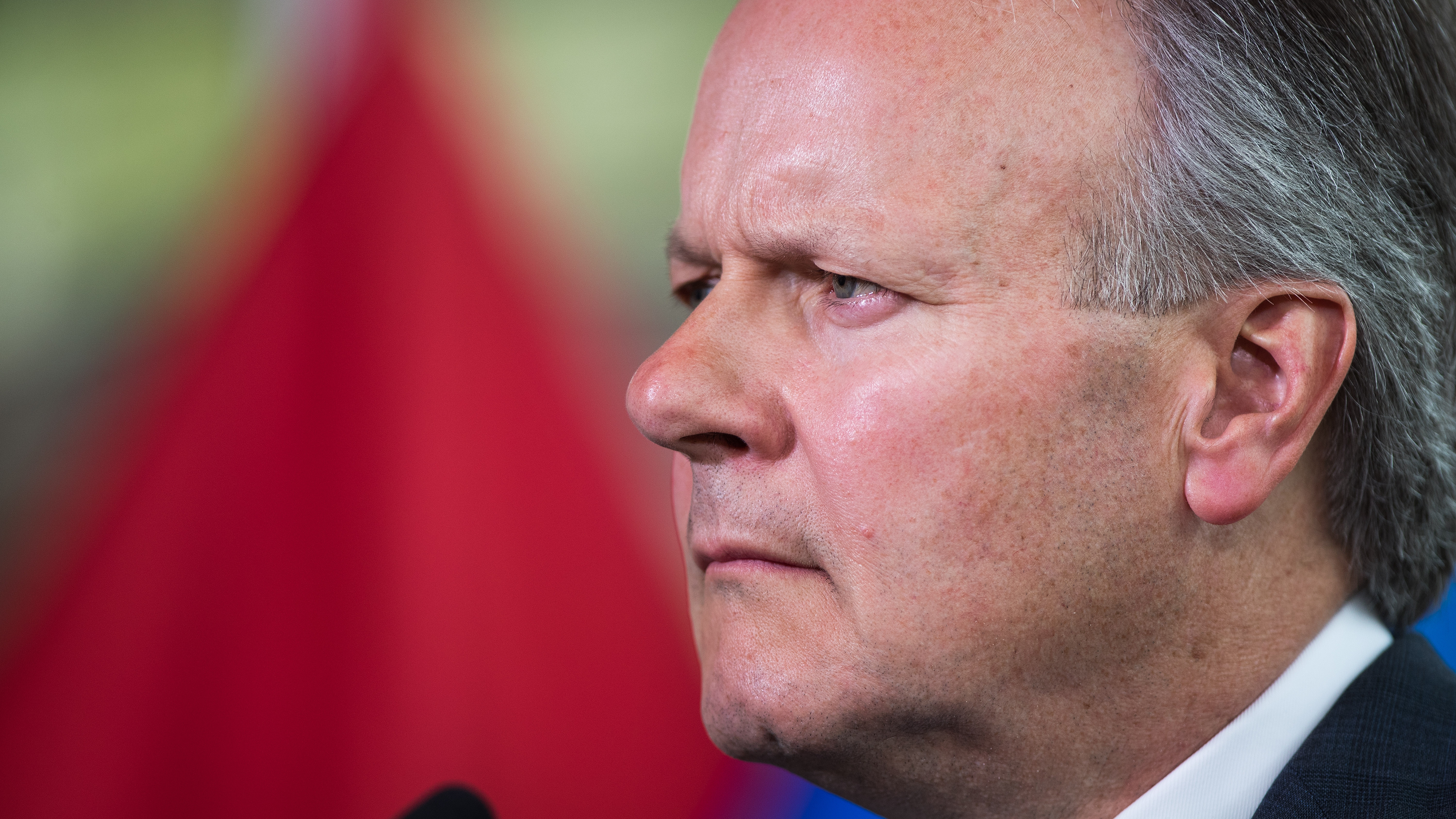 Should the Bank of Canada raise rates even as consumer insolvencies rise?