General Electric Co. rallied mid-afternoon Thursday to touch the highest level in more than a year despite a mixed tape for the broader market.

The stunning rebound in GE means it’s risen 45 per cent since the bombshell allegations of accounting fraud against the company in mid-August from prominent financial examiner Harry Markopolos. The turn in investor sentiment was bolstered by GE’s third-quarter results when GE raised its cash-flow forecast for 2019 in the face of both tariff headwinds and pressures on the jet-engine business caused by the grounding of Boeing Co.’s 737 Max.

The Boston-based company was among the top performers in the S&P 500 Index, which remains on track to extend its worst three-day stretch since early Oct. Thursday’s two-per-cent rise for GE continues its comeback from a decade low last December. The conglomerate’s now worth about US$101 billion — still a far cry from a 2000 peak of almost US$600 billion. 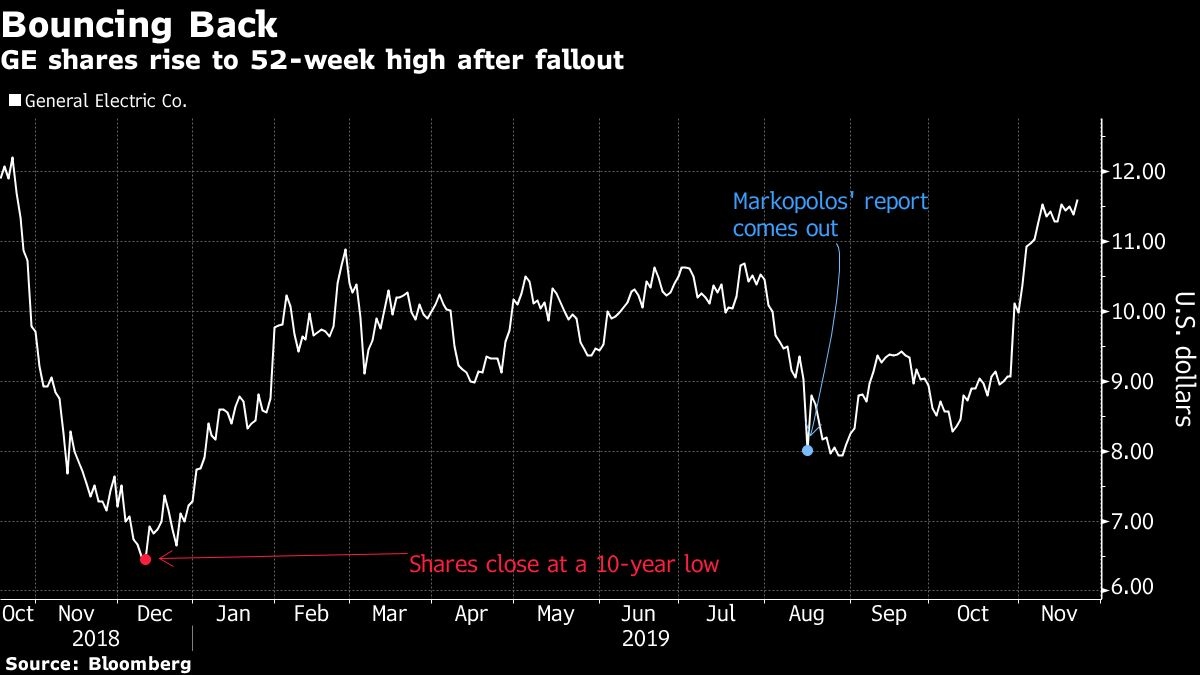