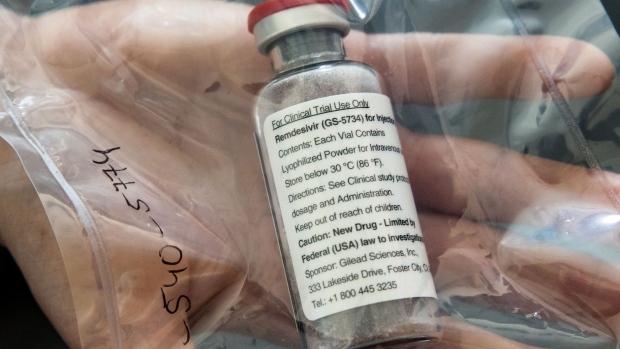 A formerly cautious analyst at SVB Leerink has changed his tune on the potential sales of Gilead Sciences Inc.’s COVID-19 treatment, remdesivir.

Even bullish Wall Street analysts have been critical of Gilead’s chances of making a profit from the treatment, which received an emergency use designation from U.S. regulators in May.

Public advocates have argued against drug and vaccine makers making any profit from the global pandemic but SVB Leerink analyst Geoffrey Porges is now forecasting that sales of remdesivir may reach US$7.7 billion in 2022.

Less than two months ago, Porges had said investors were giving a “generous amount of credit” for a drug that likely won’t be sold for a profit.

The latest change is reason enough for Porges to raise his rating on Gilead shares to outperform from market perform, and increase his price target to US$94, just US$3 shy of the current Street high target.

The new target, up from US$85 previously, also includes more than US$1 billion in sales from potential cancer medicines in a partnership with Arcus Biosciences Inc.

“A valuation of US$94+ is realistic, perhaps as soon as the company declares its price for commercial sale of remdesivir,” Porges wrote in a note to clients.

He expects commercial sales of the drug to be priced at roughly US$5,000 per course of treatment in the U.S., and US$4,000 in Europe.

Gilead, which has said it’s donating 1.5 million vials of the medicine globally, has probably already doled out that supply and will have to announce a price soon, according to the analyst.

Clinicians are still awaiting more detailed results from the drug, which has shown a modest benefit in some studies. Meanwhile, biotechnology companies including Moderna Inc. are racing to develop a vaccine. Porges’s view, however, is that “SARS-nCoV2 is not going away, or being eliminated by vaccination.”

Gilead shares are up 1.3 per cent in premarket trading Wednesday