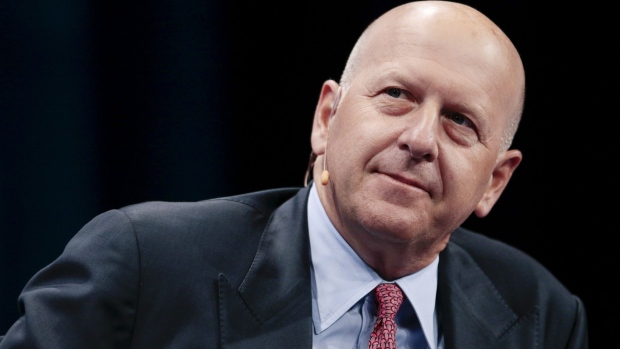 “Even though it’s hard and it’s expensive, we are better to blunt the economic impact now in the short term, by spending more, than to allow it to get worse and deal with the consequences of it being worse,” Solomon said Wednesday in an online presentation hosted by the Economic Club of New York.

Trump administration officials and Senate Republicans are discussing a short-term extension of unemployment insurance, though lawmakers and the White House appear unlikely to reach a broader stimulus deal before existing benefits lapse. The White House’s goal is to unveil a new stimulus package by the end of next week.

Extraordinary spending measures by the federal government have helped support households across the country dealing with fallout from the COVID-19 pandemic, including millions of lost jobs. The Federal Reserve’s unprecedented intervention has helped markets snap back from their March lows.

The measures also meant financial firms regained their footing much faster than the real economy has. Wall Street’s five biggest investment banks earlier this month disclosed US$45 billion in revenue from trading and dealmaking units, marking those businesses’ best quarter ever. The stimulus handed a bonanza to trading desks and propelled Goldman Sachs to its second-highest quarterly revenue on record.

Solomon warned that while more spending would be needed, it will translate into slower growth and a bigger economic burden in the future, with fallout that could include the risk of a weakening dollar.

“There’s real consequence to this,” he said. “There’s no free lunch. And unfortunately we’re going to live with the consequences for quite some time.”