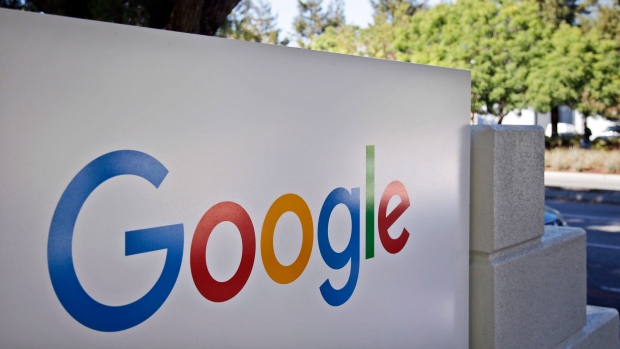 Google is getting into gaming in a serious way.

The Alphabet Inc. (GOOGL.O) unit unveiled Tuesday a new game streaming service called Stadia at the Game Developers Conference in San Francisco. The announcement marks a major new foray into the US$180 billion industry for the internet giant.

Stadia lets developers build new games on a streaming platform that will allow players to access the action through the web instead of having to buy expensive consoles or personal computers. The company also introduced its own game controller, which creates console-like gaming on a computer or smartphone. Alphabet shares rose less than 1 per cent in New York.

Google already has a hefty presence in gaming through its Android app store, one of the most popular mobile game marketplaces. But the search giant and peers like Amazon.com Inc., Facebook Inc. and Apple Inc. have less of a central role in the lucrative hardcore gaming market, which still runs on hardware like Sony Corp.’s PS4 and Microsoft Corp.’s XBox and has spawned a huge e-sports entertainment industry. With Stadia, Google is aiming to bring more complex games to more people.

“Technology should adapt to people, not the other way around,” Chief Executive Officer Sundar Pichai said at the event. “We are dead serious about making technology accessible for everyone.”

Google wouldn’t say how much it will charge users, or whether it will be funded through advertising like most of its other businesses. The service will launch later this year, the company said, without announcing partnerships with the top-tier game developers.

“There’s no word on pricing, what’s the revenue model?” said Joost van Dreunen, co-founder of gaming research firm SuperData. “It’s a little bit like saying we’re going to start a restaurant but we have no idea what cuisine we’re making.”

Stadia runs through the company’s YouTube video-streaming platform and takes advantage of Google’s extensive network of data centers. While the company didn’t announce a price for the service, it said artificial intelligence technology helped make the product possible. With its presentation, Google drove home the point that its technical tools alone would make the future of gaming services work. It repeatedly mentioned the advantage of its cloud-computing power and YouTube, suggesting the service is designed to bring more users to those units -- two areas where investors are looking for sales growth beyond advertising.

Still, Google will need to persuade game publishers to put their content on Stadia if it wants to attract gamers, said Jitendra Waral, senior internet analyst at Bloomberg Intelligence.

“Google’s pitch of leveraging infrastructure and YouTube to enable cloud gaming is a logical extension of their strengths,” Waral said. “The question is, can the content and experience compete with Sony or Microsoft?”

Google may need to acquire in the area “because content will remain the king irrespective of the technology,” he said.

That’s what investors should look for in the next few months: Whether Google can persuade big game developers to bring their content to Stadia, and at what price, van Dreunen said. That could cost the internet giant hundreds of millions of dollars.

Google also said it’s forming a studio to create its own games, led by Jade Raymond, a former executive for gaming company Ubisoft Entertainment SA. Google didn’t say how much it would spend on that initiative.

The high-end streaming quality Google claimed in its announcement will only be accessible for people with fast internet connections, Waral said. “For the infrastructure and consumer to be ready for this movement we will have to wait a couple of years.”

Stadia could also add a new source of rising costs as the company builds out its cloud business and hires thousands to monitor content on YouTube. In addition to buying video games for the service, Google will also have to modify and upgrade some of its data centers to handle the game-specific traffic generated by the new service.

Game developer stocks moved on the announcement. Activision Blizzard Inc. jumped as much as 5.2 per cent and Take-Two Interactive Software Inc. gained 3.2 per cent. Electronic Arts Inc. fell as much as 2.7 per cent. A spokesman for Take-Two declined to comment, while representatives for the other developers did not immediately return requests for comment.

The company announced a partnership with chipmaker Advanced Micro Devices Inc. to help power the service. AMD shares rose more than 11 per cent.