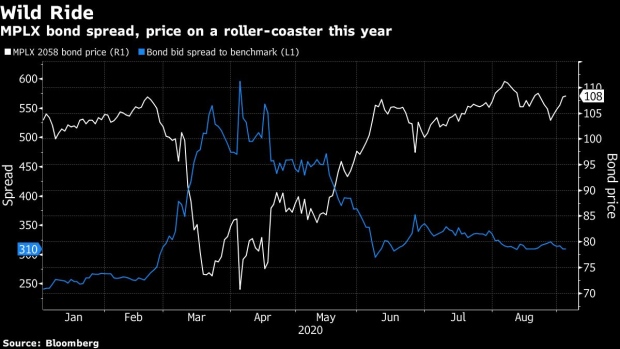 (Bloomberg) -- Distressed-assets specialist Alp Ercil went on a billion-dollar buying spree in March and April, bargain-hunting amid the indiscriminate selloff in credit markets, a person familiar with the matter said.

Ercil’s Hong Kong-based Asia Research & Capital Management Ltd. deployed almost 80% of the $1.6 billion raised for his latest fund in the two months, having sat on the sidelines for most of 2019 waiting for more attractive opportunities, the person said.

Most of the capital was channeled into dollar-denominated developed-market credit with a duration of 10 years or more, said the person, who asked not to be identified because the information is private. ARCM purchased mostly investment-grade names in the latest upheaval, the person said.

The spree paid off, with the fund up 36% in the first eight months of the year, the person said. Most of the gains came between April and August when credit spreads tightened after blowing out during the March rout. Yusuf Haque, ARCM’s chief operating officer, declined to comment.

ARCM raised its fourth and largest fund early last year, but deployed only 20% of the capital during 2019 as it waited for more favorable markets.

Those materialized in March when the Covid-19 pandemic and Russia-Saudi Arabia oil price war sparked panic selling across all assets, including debt of fundamentally sound companies. Spreads have since tightened as central banks unleashed unprecedented stimulus to shore up their economies and investors chase yields amid low and negative rates.

BlackRock Inc.’s iShares iBoxx $ Investment Grade Corporate Bond exchange-traded fund, the world’s largest credit ETF which is often cited as a benchmark, has rallied 19% since the U.S. Federal Reserve announced on March 23 it would buy corporate bonds and eligible ETFs.

The spread on bonds of oil and gas transporter, storage operator and distributor MPLX LP due in 2058 widened by more than 280 basis points from the end of February to April 3, only to tighten by about the same amount since then. Its price has rebounded 53% from an April 3 low.

ARCM oversees $3.5 billion of assets and can invest in equity and credit, either private or publicly listed.

Prior to ARCM, Ercil was was the Asia head of New York-based Perry Capital LLC, focused on energy and cyclical industries. He started ARCM in 2011 after 10 years at the firm founded by Richard Perry.