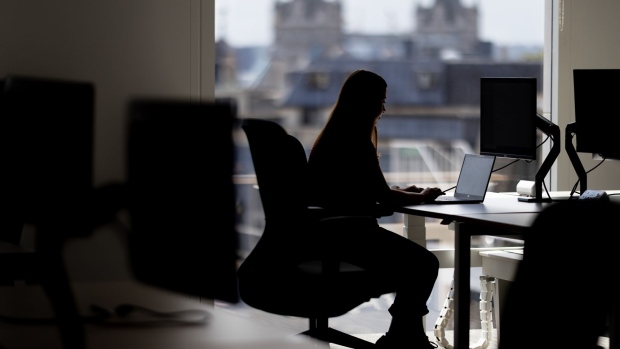 An office worker at a desk in London. Photographer: Jason Alden/Bloomberg , Bloomberg

Home insurance can be pricier in small towns


Experts are warning homebuyers that living in a small town can often come with higher insurance premiums. In places like Windsor-Essex region and Sudbury, Ont., the average cost of insuring a home is around $2,000 per year, according to RATESDOTCA. That compares to between $1,200 and $1,350 per year in Toronto. The warning comes as many Canadians priced out of the big cities are turning to real estate markets in smaller communities.

Asking for a raise? Formulate a strategy first

According to a survey from Robert Half, half of Canadian workers are currently feeling underpaid. As a result, one-in-five employees said they’d consider quitting if they do not get a pay increase by the end of the year – that number goes up to 28 per cent among millennials. Jette Stubbs, a career coach in Toronto, details a few options workers have when it comes to starting a salary conversation.

The case for being boring with your money

“If you want to be a good investor, the best thing by far for people to do is not trade, not tinker, just leave it alone,” Morgan Housel, partner at the Collaborative Fund and author of “The Psychology of Money,” says. In this article written by Sara Rathner of Nerdwallet, Housel and other financial experts explain why managing your money in a mostly yawn-inducing way is perfectly fine.

It’s been about 20 months since borrowing costs were slashed drastically at the onset of the pandemic, but a poll conducted by MNP Consumer Debt Index is showing that Canadians are still binging on cheap money. Among those surveyed, 58 per cent said they are likely to take on more consumer debt before the end of the year and 37 per cent of respondents said their credit card is already carrying a balance.

In the Greater Toronto Area, housing affordability went from bad to worse in September as prices surged and supply plunged. The average selling price of a home jumped 18.3 per cent last month year-over-year to an all-time high of $1,136,280, according to the Toronto Regional Real Estate Board. In Metro Vancouver, home sales remained well above the 10-year average last month, but the Real Estate Board of Greater Vancouver noted that prices haven’t climbed as sharply. Meanwhile, September home sales in the Montreal area fell by 28 per cent compared with a year ago, according to the Quebec Professional Association of Real Estate Brokers.

"Money is a means by which you live your life, not life itself. The more complicated, changeable or scary your investments are, the more time you spend working on them or thinking about them, and therefore the less time you have to live life.” – Financial Planner and Founder of Flow Financial Planning Meg Bartelt